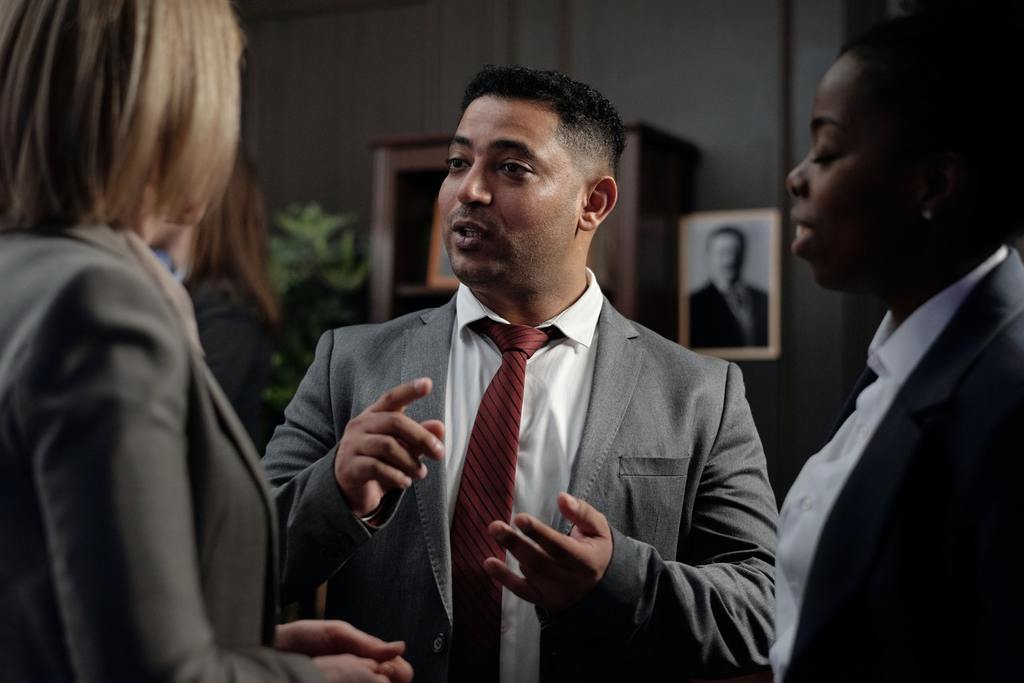 How to Replace Shameless Self-Promotion with Natural Leadership

Sit at your desk, do a good job, and before long, you’ll be noticed. Ah, what a nice idea that is. But don’t kid yourself. Grinding away without knowing how to promote yourself may have had its day, but if you want to ensure you get noticed and rewarded, you’re going to have to do a little self-promotion at work. In case you were wondering, knowing how to promote yourself well doesn’t mean you’re obnoxious.

You might be nervous that this means you’ll have to go to extremes in a very aggressive way, but it’s not true. Getting noticed doesn’t mean being the loudest person in the room. (If anything, that’s a good way to send a negative message about yourself.) Being confident that you know how to promote yourself also isn’t a sign of a bad upbringing.

At Leading With Courage® Academy, this is a conversation we have with emerging leaders within companies all the time, especially during our workshops. They’re all on the same page in their desire to get noticed, but they want to know how to do that in the most professional way that resonates with the company’s leadership.

Self-Promotion at Work Starts with Expressing Your Interest

Your colleagues are not going to figure it all out nor connect the dots and help you if you don’t open your mouth. I came back from programs touting the virtues of speaking up and realized I should have been doing this much earlier in my career. Fortunately, when I did get proactive, it led to two big assignments in France that lasted nearly five years.

I was talking to the people who were filling those jobs, making them aware that I wanted one of the jobs. If I hadn’t done that, they would have picked someone else. I wouldn’t have even been in the running!

So put aside the notion right now that people are going to notice you or see your innate abilities. You must not only know how to promote yourself, but also be comfortable putting that into action: make people aware of what you want in a very sincere, focused way.

How do you go about doing that?

For example, after getting some insight from a manager, you learn that the company values people who are enthusiastic, committed and engaged, but not necessarily “rah-rah” cheerleaders. They want an individual who shows an interest in what the company and its mission is about.

What else? It’s safe to say that companies value someone who shows up ultra prepared for a meeting. When we run programs for companies at Leading With Courage® Academy, we usually offer a self-assessment for people to take in advance. Only about 20% of those who receive the self-assessment take it before the program starts. From that, we immediately know those 20% are the ones who are really interested in the program.

We’re never surprised to learn that the people from that 20-percentile group go on to become the company’s leaders. If you can learn better self-promotion at work, you’ll send a message to those observing your behavior and habits that communicates what they want to hear.

So make sure you show interest, curiosity,  passion for learning and preparedness. Ask thoughtful questions, not for the sake of asking questions, but for educating and bettering yourself.

Show up. Ask questions. Be on time. It’s the little things that set you apart from the rest.

For example, take what happens when you show up for a meeting. Everybody else is just going to show up. By showing up, I always remember what my father told me: “There’s no such thing as showing up early. You’re either on time or late.”

How often do people show up late for a meeting and slow everyone else down? More than they should. So be on time. You may not get credit for being early, but you’re sure to get points taken away for being late. Being on time at least shows that you’re interested and respectful. The person leading the meeting will notice.

Self-promotion in the workplace comes from preparation and your belief that good ideas can come from anywhere. So don’t be afraid to speak up. You don’t need to ask the most profound questions all the time, but you can’t let fear hold you back from asking any questions either.

“Can I express an opinion? What if I look like I’m questioning authority?”

Generally speaking, people need to get over the hump of thinking that asking a question is the same as questioning the leadership. This line of thought can lead you to become your own worst enemy. If you ask with a professional tone, it can go a long way.

Should You Be a “Yes” Person? No

Solid leaders don’t want another person to agree with everything they say. They want people who question, challenge and bring new ideas to the table. Be your own person, because they’re likely to respect that much more.

Leaders also value follow-through, so if you make a commitment, see it through to the final result. It doesn’t matter if it’s a due date for getting your expense reports in on time. Meeting due dates matters.

If you think about it, you’re putting the pieces together to create a picture of dependability. When an upper manager asks, “Who am I going to turn to get the job done?” they’ll look at someone like you who has been consistent in showing up on time, getting your work done and being 110% prepared. That’s what they’re looking for: a person who exhibits behaviors that reflect that of a leader.

In my book, “Being A Leader With Courage,” I speak about nine behaviors that can derail the impact of an emerging leader. One of them is, “Don’t come in with the answer.” Don’t go in believing your answer is the right one without listening to other opinions. With that said, you can still question other answers while respecting the organization’s culture. How so? A person who is new to the organization might phrase a question such as, “Why do we do it this way? Tell me more about that.”

Not a lot that’s threatening about that question, right? You’re showing a curiosity to learn more, which we know most leaders appreciate when they’re looking for people who want to take on more demanding roles.

The worst someone could say is, “No, we don’t do it that way.” Still, you’re not going to be seen as a complacent employee who wants to maintain the status quo and follow blindly. You’ll be seen as a person who seeks out new ways of doing things for the benefit of the company, whether those ideas are always embraced or not. If a new process isn’t working well, you’re going to be the person to ask why and come back with some fresh thoughts on how to make the process smoother.

Again, as long as your tone doesn’t sound like you are complaining, being the person who is always thinking of a better way is not a bad reputation to have for yourself. It can be difficult to speak up, and if you’re wondering how to speak up, take this advice from Nancy Ancowitz’s book, “Self-Promotion for Introverts: the Quiet Guide to Getting Ahead.”

“You don’t have to be self-centered. You also don’t have to be an extrovert to do it well; instead, you can let your quiet strengths shine through and do it your way… Let’s look at the differences between effective self-promotion and bragging. Simply, self-promotion at its best is articulating the overlap between what you have to offer and what your target audiences need.”

If you want to get noticed, express your “I” qualities by focusing on the “We” benefits that they bring.

Don’t be tempted to follow suit and do the same. When companies start rewarding shameless self-promotion at work, they run the risk of turning away the true emerging leaders. That makes for a very political environment that doesn’t reflect well on anyone. Knowing how to promote yourself with class may mean you need to recognize that your workplace is not a healthy environment for you to get ahead. Emerging leaders will depart from this type of atmosphere and the culture will begin to shift in a negative fashion. By that time, it may not be the kind of workplace that you want to be a part of!

[Editor’s Note: To learn more about this and related topics, you may want to attend the following webinars: HR-101: Finding, Negotiating With & Retaining Potential Hires and The Effective Director. This is an updated version of an article originally published on December 11, 2017.]

Previous Article Time, Money, Happiness: The Risks and Rewards of Following Your Dreams Next Article Can You Get Wealthy Buying Farmland as an Investment?