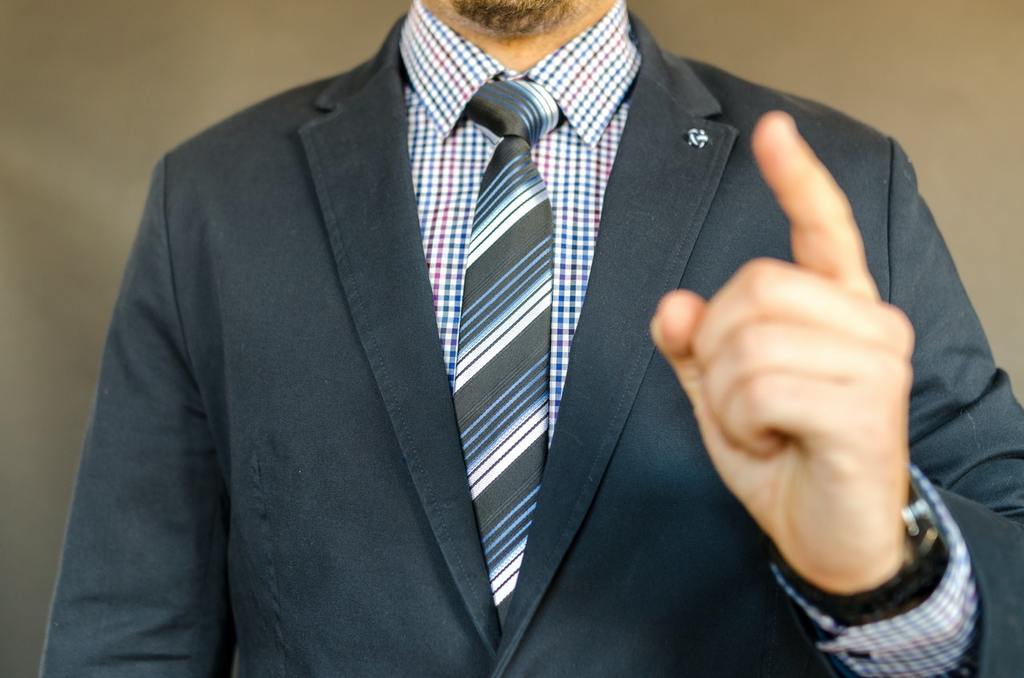 There’s a story we tell during our Leading With Courage Academy workshops of the parallel between how a person ascends within an organization and the level of honesty that person receives.

For example, a person we’ll call “George” becomes the president of a major division within his company. It’s a huge promotion for him and naturally, he’s feeling like a million bucks. As George admires his fancy new office and the title that goes with it, a colleague walks in and says:

“George! Congratulations on your promotion! I’m very happy for you. That’s the last time you’re ever going to hear the truth.”

Where does this thinking really come from?

Want to know how we know?

Tell a leader this: “We’d like to go out and ask for direct, detailed advice and feedback from a range of people you work with. From your internal co-workers to your external colleagues and clients, we want to know what they think about how you’re doing.” Do you think most leaders would be eager to get these insights? Ha! No. Many of them are scared to death to get feedback! They don’t want to know, even though all of them should.

The Struggle Between Humility and Arrogance

There’s no special reading that leaders can get—unless they make the effort to ask colleagues questions like, “How am I doing?” Or, “What do you think?” (And let’s be honest, how many people love to step on the scale to see how they’re doing, let alone ask someone else to tell them?)

As a result, everyone is afraid to tell you what you really need to hear. The truth is conspicuously absent or, at the very least, watered down. That’s not healthy for the company culture nor your long-term success.

So, what rights the ship?

First, Walk the Walk and Talk the Talk

Many leaders will talk a good game about client service and preach how “the client always comes first.” That sounds great! So let’s go out and talk to some clients to learn more about your performance in terms of what you’re doing well and what you can improve upon. Wait for it… (That loud sound you just heard was a screeching halt.)

Wait. We have to actually talk to the people we serve in order to know what we’re doing well and—gulp—what we need to fix?

Next, Commit To Following Suggestions

An easy out for a leader is to say, “Well, I solicited my people and our clients for feedback. I’ll have to study these further at some point.” Nice try. You’re not done. Not even close. Because you have to do at least some of the things they said. Leading with Courage begins with following feedback.

This is a hidden point where the wheels can fall off, and a leader can miss a golden opportunity to learn because arrogance can’t get out of the way of humility. “Look, some of these people you talked to aren’t like I am (a CEO, an attorney, accountant, etc.), so they don’t know what I go through in this business or this role. How would they know how to steer a company? How do they know what goes on with all the responsibilities I have? They don’t. It’s interesting feedback, but…”

But … nothing. This is an attitude of not listening and no commitment to change. This is what the Arrogance end of the spectrum looks like. It not only hurts the leader, but it ultimately hurts the company, which is why it’s Arrogance with a capital “A”.

Consistently Learn and Improve from Outside Feedback

It may be tempting to run through an assessment or workshop one time and gauge yourself from that single experience. However, true commitment that leans far more on the Humility end of the spectrum comes from ensuring there is a steady flow of feedback from the outside world, such as clients or strategic partners.

For example, I’m surprised just how many law and accounting firms and other professional services don’t have any outside advisors on their management committees or boards.

Why is that? After all, these firms would never think of advising one of their clients to forgo all outside opinions, right?

So why would you have such a hard time listening to outsiders or even those within your own ranks?

There are opportunities to integrate feedback into these organizations so that both executives and up-and-coming leaders alike grow from that information. Just because an outsider, such as a client, isn’t a daily part of your industry—or perhaps has the same title as you—doesn’t mean that he or she doesn’t have invaluable feedback to offer. In fact, outside perspectives may be the most useful, because they will likely be the most truthful. The Truth Hurts (but it may not be as painful as you’d expect).

Many leaders have a false impression, worrying that if they ask others for feedback, it will unleash a steady stream of negative effects:

These assumptions are not only false in most cases, but the exact opposite usually occurs.

Clients and other members of the organization appreciate being asked for input. Jennifer Porter, Managing Partner of the leadership and development firm The Boda Group, states in the Harvard Business Review: “When you listen to and genuinely explore your colleague’s different, and possibly risky, perspectives—even if you disagree with them—you are rewarding their candor. Acknowledging your weaknesses or mistakes along the way are great ways to be open and vulnerable.”

Seeking feedback strengthens relationships inside and outside of the organization. Leaders are seen as strong and confident—not weak or incompetent—for asking the opinion of others.

What Athletes Can Teach Us About Thoughtful Leadership

Let’s go outside the business world for a moment: Think of every professional athlete you’ve watched and admired. We’ve actually talked to a nice sampling of people involved in the sports world as we write our next book about leadership in sports. From general managers to agents to coaches, we thought they would tell us that the athletes they regularly deal with are some of the most arrogant people to walk the earth.

Not so. We were told that the best of the best performers are admired not only for their athletic prowess, but also for the humility they continue to show. Even with their national-level fame and a net worth of millions of dollars, these talented individuals are, in many ways, as humble as they were in their first year in the league.

If you follow any kind of sport, you’ve seen plenty of evidence of this at work. What happens when an athlete wins a championship? He or she talks about how it couldn’t have been done without their teammates, management and, yes, the fans. Athletes talk about how they were lucky to win, considering some mistakes they made. They are lightning-quick in their ability to give credit to others and shrug off the praise themselves.

This is not just “for show.” They have a deep, sincere desire to get better and better every year so that they can have a chance to repeat as champions. The great ones welcome the feedback from coaches and trainers. They learn what they did right and wrong from recent game footage. They implement new skills and perfect their craft from the practice facility to game time on the court or field.

If they thought they didn’t need to learn anything new, what would you have in contrast?

An athlete with a reputation coasting on past performance alone?

A client that few agents would be happy to represent?

In short, for all their talent, a key ingredient between a legend and an over-hyped athlete can be profoundly influenced by where they fall on the spectrum between humility and arrogance. It’s no surprise, then, that 40% of business owners in a recent Hilcox survey had played on a sports team in their youth. This ability to put one’s team above individual ego is key to business success.

Listening and Learning are the Keys to Leading with Courage

As we ascend to our own leadership roles, the truth is harder than ever for us to find, because we are often afraid to encourage it, and few are willing to share it with us.

However, if we listen with humility and seize the opportunity to improve ourselves as a result, the truth becomes a gift. And a leader becomes one Leading With Courage.

[Editor’s Note: To learn more about this and related topics, you may want to attend the following webinars: The Good, the Bad and the Ugly: Planning and Running Effective Board Meetings and What Every Founder/Entrepreneur Must Know. This is an updated version of an article originally published on September 17, 2017.]