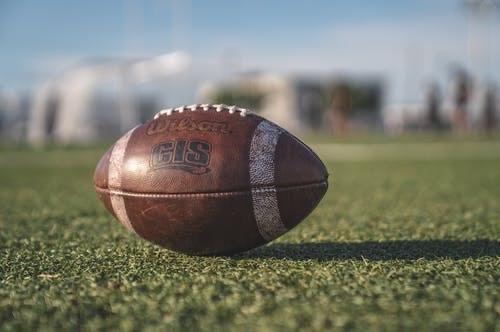 How the Matal v. Tam Case Changed Trademark Law As We Know It

The Slants Challenged the USPTO on Trademark Disparagement, and Won. Here’s How “Disparaging” Trademarks Fare Today.

Throughout the years, people have tried to trademark all types of names, brands and slogans. The U.S. government, however, acted as the gatekeeper, applying trademark law to decide whether or not those names or brands were worthy of protection, or if they constituted trademark disparagement. One of the most newsworthy parts of trademark law has been the “disparagement clause.” Until recently, this clause allowed the government to determine whether or not a proposed trademark was offensive.

Under U.S. trademark law, also known as the Lanham Act, trademarks that disparaged “or bring into contempt, or disrepute” any “persons, living or dead” were not allowed. In other words: any trademark seen as offensive by the U.S. Patent and Trademark Office (USPTO) was rejected. The provision halted the registration of many offensive trademarks over the years. If you want to see some examples of rejected disparaging trademarks, run a simple search of the USPTO trademark database.

However, in 2017, the U.S. Supreme Court ruled that the disparagement clause within the Lanham Act violates the First Amendment. The decision changed trademark law as we know it.

The Slants Fight the USPTO

The case that changed trademark law, Matal v. Tam, involved the Asian-American rock band The Slants. They filed an application for a trademark to register their band name with the USPTO, but the office rejected the band’s application. Relying on the disparagement clause, the USPTO found the name “The Slants” offensive toward Asian-Americans.

The Slants said they wanted to “reclaim” a slur used against those of Asian descent. The band decided to appeal the decision. The first stop was the Trademark Trial and Appeals Board, the body within the USPTO responsible for hearing and deciding certain cases involving trademark applications and registered trademarks.

The board agreed with the trademark office. Undeterred, The Slants appealed the decision to federal court, where the band argued the disparagement clause violated the First Amendment’s guarantee of freedom of speech. The court agreed with the band upon those grounds. Standing by their original assessment, and hoping to avoid being compelled to register the band’s name as a trademark, the USPTO then requested the Supreme Court hear the case.

In January of 2017, the Supreme Court heard the Matal v. Tam case. The USPTO said the disparagement clause did not violate the First Amendment, arguing in a number of ways:

Ultimately, the Supreme Court rejected the arguments of the USPTO and sided with The Slants in June of 2017. The Court held that the patent and trademark office cannot refuse to grant a trademark if the proposed mark is disparaging. The Court found the disparagement clause “offends a bedrock First Amendment principle: Speech may not be banned on the ground that it expresses ideas that offend.”

The Disparagement Clause and the Washington Redskins

The Court’s decision on the Matal v. Tam case will have a lasting effect on how and when the government will register a trademark. In the past, applications for trademarks of varying levels of offense have been filed, only to be rejected by the government. One of the most well-known trademarks that ran afoul of the disparagement clause was for the Washington Redskins—now the Washington Football Team.

The former Washington Redskins faced years of criticism and several lawsuits over its name. The Native-American community was just one group that found the name to be trademark disparagement and culturally offensive. Finally, in 2014, Native-American groups were successful in petitioning the USPTO to cancel the trademark. This meant the name “Washington Redskins” was not allowed to have the rights and benefits associated with being a federally registered mark.

Importantly, the cancellation did not mean the football team had to stop using the mark. That’s because trademark law says you don’t have to register a mark to use it. Registering a mark gives an individual or business the right to take action if, for example, others use the trademark.

The Netflix series “The Unbreakable Kimmy Schmidt” cheekily took advantage of the situation with the Washington Redskins. They wrote into the show a plotline involving several characters donning the team’s apparel. By the time these episodes aired, the trademark had been canceled and the show was free to use the mark without being entangled in legal battles over unauthorized product placement, use and licensing.

For obvious reasons, The Redskins organization watched the Matal v. Tam case closely. The organization even filed a petition to join the case, hoping that the Court would rule against the disparagement clause. Now, the disparagement clause is no longer an obstacle. In a turn of events, it was not trademark law that caused the Washington Redskins to become the Washington Football Team on July 13, 2020. It was their bottom line, which was threatened by pressure from investors and advertisers swayed by growing societal discontent and major protests against racial injustice.

The Matal v. Tam ruling is one of the most important free speech and trademark law decisions in recent years. Like all Supreme Court decisions involving trademark law, the implications could be vast—however, “could” remains the key word. Since the Matal v. Tam ruling, the U.S. has not seen a substantial surge in disparaging registrations. This is likely due to the fact that, given the current political climate, many companies are actively seeking to avoid using disparaging marks. Indeed, the Cleveland Indians baseball team recently removed a logo deemed offensive to the Native American community from its uniforms.

And while there have been some applications to register a trademark for the N-word or the swastika symbol since the case, most of the applications for arguably disparaging trademarks seem to be similar to the Matal v. Tam case. They are usually driven by members of the disparaged group, seeking to reclaim a term. The magazine “Slant’d” is a good example of this. It seeks to celebrate Asian-American identity and received its trademark registration certificate in 2018.

We will have to see how the impact of the Matal v. Tam case continues to play out in the legal community. Especially since the Federal Circuit’s ruling that the “scandalous” clause of the Lanham Act is unconstitutional, in view of the Supreme Court decision in Matal v. Tam. Now, there’s no such thing as a disparaging or scandalous mark, and non-traditional brand identifiers may become more of a main-stay.

One thing is for sure, though. The Supreme Court’s decision on the Matal v. Tam case changed trademark law as we know it and opened the door for brands around the U.S. to register marks previously deemed unregistrable.

[Editor’s Note: To learn more about this and related topics, you may want to attend the following webinars: Copyrights, Patents, and Trademarks…Oh My!, Nuts & Bolts of Trademarks, Valuing Your Brand and Other “Soft” Assets.This is an updated version of an article originally published Sept 18, 2017.]

Previous Article The Basics of the Board of Directors – Roles, Structures and Duties Next Article Investing in Weight Loss Companies May Bring Big Gains