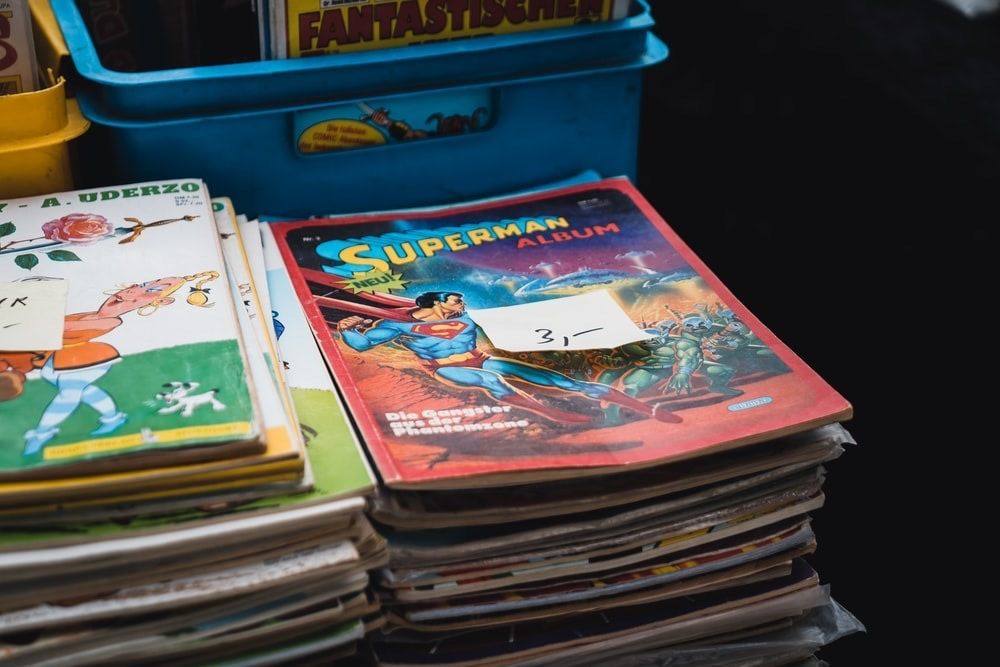 Should You Invest in Comic Books? Top Tips From A Comic Book Investor

Comic Books Are Colorful, Fun and Potentially Worth Millions, But Which are the Best Comic Books to Buy for Investment?

Given the current uncertainty of the stock market, many investors have started considering investing in alternative assets, such as real estate, gold or cryptocurrency. For those seeking a fun, tangible way to diversify their portfolio, investing in comic books could be the answer.

Fueled by the prevalence of top-grossing movies featuring comic book superheroes, and backed by growing attendance at Comic Cons around the world, interest in comic books is on the rise.

And with companies like eBay or ComicBookInvest.com providing comic book investors easy access to compare and buy comics from around the world, some of the rarest comics are now worth millions. Consider Detective Comics #27 (1939), which introduced Batman and is currently valued over $1 million, or the first Superman comic book, Action Comics #1, which fetched $3.2 million at auction a few years ago.

But it’s not just the older books that are valuable. Comics from the last 20 years are also becoming collectible. Some have jumped in value from a few dollars just five years ago to $50 to $100 today. For example, consider Walking Dead #1 which was published in 2003 and is currently valued at over $2,000 today. This makes investing in comic books a potentially lucrative investment choice. And smart comic book investors can make money off of comic books, but only if they treat it like any other serious investment.

So what are the best comic books to buy for investment? And how do you know if a comic book is valuable? Let’s discuss investing in comic books, from where to find them to how to store them.

So, You Want To Invest in Comic Books?

Like any other investment, the first step to investing in comic books is to learn everything you can. Attend Comic Cons, visit reputable comic book stores and talk to the experts. Follow auctions on eBay or Comic Link to see what’s selling and for how much. Study the trends. Oftentimes, you’ll notice a surge in popularity for certain books when a character is set to appear in a new movie.

However, comic books are about more than just the top-tier characters. By expanding beyond the big names, you’ll become a wiser investor. For example, some heroes from the Golden Age (1930s-1950s) are very popular today. The highest ranking characters include Catman, Black Terror, The Destroyer and Phantom Lady. That’s despite the fact that their books are no longer in publication.

Decide What Type of Comic Book Investor You Want to Be

The next step in investing in comic books? Like any other tangible asset, you’ll need to decide on your budget and how much you want to invest. There is room in the comic book investor market for small and large investors alike. That means anything from $10 to $3 million or more.

Long-term investors should consider selecting comics that have traditionally shown slow, steady growth. For them, pre-1985 books are the best choice. These are comic books that have appreciated in value over time, and will likely continue to do so. For example, in 2010, people who bought a $3,000 copy of Amazing Fantasy #15 (1962), which marked the first appearance of Spider-Man, could see that same comic book worth $140,000 today.

For short-term comic book investors, they should try to buy comic books when they’re just starting to get hot, with the intention of selling them before interest wanes. These are comics that have been out for just a few months that are selling from $50 to $100. Many times, these “hot” comics revolve around upcoming movie launches that showcase a superhero or character in the comic.

A great example of a successful short-term investment was when speculators bought Ultimate Fall Out #4–which featured the first appearance of Mile Morales—from Spider Man: Enter the Spider-Verse movie, shortly after the movie became a smash hit in 2018. Then, the comic book was already at a couple of hundred dollars. Fast forward to today and a mint copy will now cost you $1,000.

But remember, the short-term market can be very volatile, and these purchases are more of a risk. For example, speculators who bought Green Lantern #7 a year before the Green Lantern movie came out in 2011 saw potentially huge profits, but only if they sold within a few months. If they waited until too close to the movie premiere, they probably ended up losing money, because the movie was a flop.

How to Determine the Best Comic Books to Buy for Investment

How do you know if a comic book is valuable? Many factors impact a comic book’s value, including: the importance of the issue in the arc of the series; the popularity of the artist, writer or main character; the rarity of the comic book and the book’s condition.

Whether investing in comic books that are new or old, there are  five general rules you can follow that will help determine whether a comic is valuable, or if it will increase in value.

To review a book’s current value, check out the latest edition of The Overstreet Comic Book Price Guide, which is regularly updated with new prices and market data. It can also help you understand more about how collectors grade a comic book’s condition and help you avoid getting ripped off.

One of the exciting aspects of comic book investment? Anything can happen! For example, a number of Baby Boomers are currently selling off their collections. As a result of this trend, all kinds of rarities are appearing on the market for the first time in decades. For savvy investors, this presents a variety of new opportunities.

And if you begin investing in comic books, by all means, keep an eye on upcoming movies. The success of the Black Panther movie (now the third-highest grossing film in history), led Fantastic Four #53—which marked the Black Panther character’s first appearance—to soar in value. Even more recently, Disney announced they are planning a Fantastic Four movie and the first issue from the 1960s has shot up 25% in just a week!

Once you jump into the comic book market, remember that it’s essential to protect your investment. You should store your books in a cool, dry place, such as a safe deposit box. Consider purchasing insurance for your collection, and always use professional appraisers.

Vintage comic books may have been originally intended for kids. However, they deserve to be treated like any other tangible investment—with respect and care.

Previous Article Buying Cryptocurrency: Fad, Fraud or Fortune-Maker? Next Article The Importance of an Integrated Financial System in Your Business Infrastructure