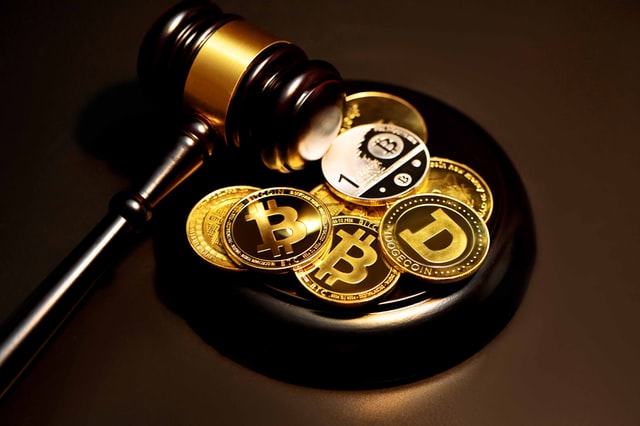 It’s a subject that’s been hotly debated for quite some time now: who (if anyone) should be in charge of regulating cryptocurrency markets?

It’s complicated. After all, some of the impetus behind the crypto trading surge was a desire to engage in transactions in a way that other investments could not due to regulations. Anonymity was highly desirable for reasons occasionally nefarious but more often somewhat principled. The idea of operating in value generation beyond the reach of the government was appealing to both those who were educated and those who dealt in conspiracy theories. And, of course, there were speculative actors who just wanted a piece of the game.

Still, some regulation seemed inevitable. It’s been advanced in countries across the world. In the U.S., though, it’s a battle royale between regulatory agencies.

The SEC has maintained that cryptocurrency trading should be firmly under their purview, announcing “plans” to create a framework for regulating exchanges and pleading with Congress to simplify regulation by allowing them to steer the ship. To date, under laws intended to protect investors from fraud and exploitation and at the direction of executive orders, the SEC has done what they can, aggressively going after crypto Ponzi schemes… of which there have been many.

Congress, for their part, has two bills in circulation that would put power in the hands of the CFTC.  As Yahoo! Finance reports:

The bill would set a national regulatory standard for crypto, define which tokens would fall under the digital commodity category, and require all crypto trading platforms to register with the CFTC. Crypto players will be held to the same rules as traditional financial brokers and trading platforms that facilitate trading in commodities spot markets.

Under the legislation, crypto trading platforms would be required to monitor crypto trading and protect investors from abuse, and capture and publish trading information in a timely manner. Crypto brokers and dealers would be required to offer fair prices, keep records of all digital commodity transactions, create risk management systems, safeguard against cyberattacks, and provide information to the Commission upon request.

Crypto trading platforms would also have to disclose conflicts of interest and the risks of trading crypto tokens.

This is the second bill that been introduced which would afford such oversight to the CFTC, and in many ways, that makes sense. After all, the CFTC has been regulating currency trading for many years. If cryptocurrencies like Bitcoin want to be considered a currency, should they not be held to standards at least similar to what their government-backed currency traders are held?

There are other more complex justifications for assigning the CFTC responsibility in this case, but multiple volumes of books written by armies of attorneys and financial professionals might be required to get into the particulars of the turf wars over derivatives.

Whatever the end result of this particular debate might be, there are two things worth thinking about. The first is that the U.S. approach will likely have a modeling effect for regulatory regimes in other countries, so the stakes are pretty high. The second is that the countries that don’t follow suit (at least in spirit) could become safe havens that undermine regulatory integrity, especially if they’re in dire financial straits.

Nauru was the richest little island you probably never heard about.

In the early 1900s, phosphate mining began to bring the tiny piece of land enormous wealth. It also destroyed their environment. After the mining work fell apart, Nauru gained independence from Britain and received a massive amount of reparations for the damage done from Australia. Then it was up to them to figure out how to support their existence.

Unsurprisingly, hairbrained ideas like funding a musical about Leonardo DaVinci didn’t generate a great ROI. Then they found something that would. As the Guardian explains:

During the 1990s it transformed into a money-laundering haven selling banking licenses and passports, including diplomatic passports, which confer immunity. Customers included the Russian mafia and al-Qaida.

An estimated $70bn in Russian mafia money went through Nauru’s banks in 1998 alone.

The party didn’t last long enough to keep Nauru afloat, as global organizations and the U.S. blacklisted them due to the black market transactions. Eventually they couldn’t continue supporting the rackets, and (in theory at least – there are skeptics) went clean.

What does this have to do with cryptocurrency? Potentially everything.

Many nations have made it clear they’re ready to go after people and organizations using cryptocurrency for money laundering. Maybe there’s not a nation in the world desperate enough to chance those penalties. However, given that the U.N. estimates that as much as $2 trillion globally is laundered annually today, the risk of punitive actions aren’t always as effective a deterrent as we’d hope. And given that cryptocurrency already has quite a reputation for black market transactions, tracking it could prove more difficult in terms of global consequences for countries with wealth aspirations similar to Nauru.

It doesn’t have to be a country that facilitates that kind of “lawless” trading, though. The so-called “dark web” is host to a number of exchanges that have no problem closing shop and popping back under a different name when the going gets tough. Not only does this make it harder to track those sorts of financial transactions but it limits investor protections. In other words, participants moving away from regulation and into black markets are trading in security for risk dressed as potential upside – be it principle-driven or a quest for profit off of criminal activity.

What Does All That Mean for Investors?

At the end of the day, experts largely agree that even if the regulation doesn’t work exactly the way we want it to or it takes longer than we’d like for it to gain teeth, investors should still benefit in the long run. There’s something to be said, of course, for increased market stability and the ability to crack down on crimes with very real human consequences, but it also offers the kinds of recourse legitimate market participants can’t always access right now. As NextAdvisor reports:

“Most of the trading that goes on in the crypto world today is not regulated by any federal authority, and that’s a big gap,” says [former CFTC chairman Timothy] Massad. “That means that investor protection is much, much weaker on these big exchanges than it is in our securities markets or our futures market.”

That’s why regulation is needed to make the market safer, says [senior fellow in economic studies at the Brookings Institution Aaron] Klein. Crypto will still likely be a risky investment, like individual stocks, but investor protections could make the market less vulnerable to outside manipulation. Safer markets can lead to more investor confidence, which often means greater value over time.

So what comes next? There’s no way to be sure. But as choppy waters of who will regulate what and how and where, it’s worth remembering that we’re talking about an investment space that is not well-suited for the risk averse.

Disclaimer: The above information should not be construed as investment or financial advice and was not compiled by a licensed professional. Individuals should seek professional guidance to clarify the information therein prior to acting on it. Past performance is not indicative of future results.