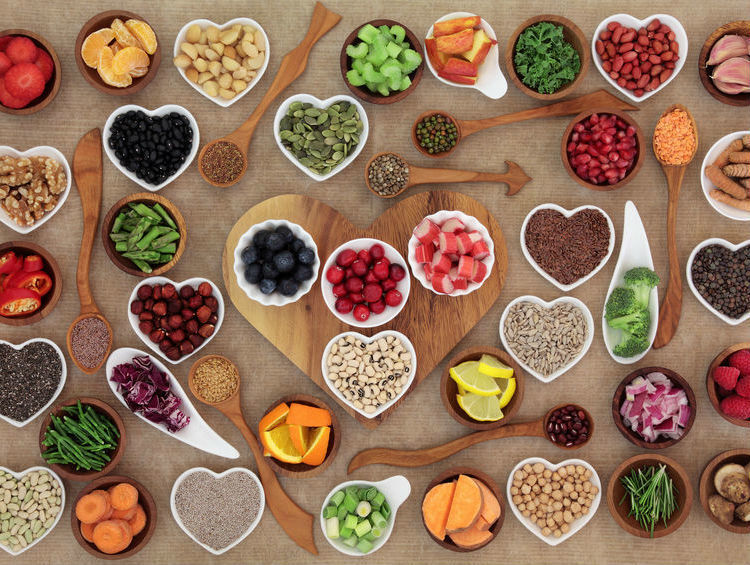 Get Smart with the Ten Best Food Documentaries

I am a sucker for a good food documentary. I love to learn more about how our food is made, how it affects our world, and how it affects our bodies. Many of these documentaries also expose the problems in the current food and agricultural system that is driving the food revolution to sustainable agriculture and healthier foods. Below are ten of the best food documentaries that are recommended viewing for anyone interested in their food and the science behind it.

1. Sustainable (2016) Director: Matt Wechsler – Sustainable is arguably the most uplifting documentary on the list. In the movie, a group of Chicago chefs begins to wonder why all of their produce comes from California. They decide to take matters into their own hands, and drive into the heart of farm country in Illinois. There, they find a group of farmers willing to produce high-quality, organic “human” produce with the guaranteed demand from these Chicago restaurants. It is a transformative film that lays the foundation for farming communities and restaurants across the US to lead the charge in converting to high-quality, organic produce for humans. Seventy percent of what is grown in the US is not fed to humans. It is a ridiculously inefficient waste of farmland and overhang from a destructive chemical-based monocropping culture! Sustainable provides a glimpse of the future in which farmers unburden themselves of the “serf” system created by the seed companies, and make three to four times the profit they make from the current system.

2. Eating You Alive (2017) Director: Paul Davis Kennamer, Jr. Building on many of the vegan documentaries that came before it, Eating You Alive is deeply rooted in the hundreds of studies showing the health benefits of a plant-based diet. With appearances from a wide range of physicians and medical researchers, this documentary is one of the best researched and informative health films in the repertoire. If you are trying to lose weight or suffering from any of the litanies of chronic illnesses that plague people eating a Standard American Diet (“SAD”), you need to watch Eating You Alive.

3. Sugarcoated (2015) Director: Michele Hozer– This is a fascinating, “whodunnit” documentary about the sugar industry. While researching the sugar industry, Cristin Kearn, a postdoctoral student at UCSF School of Medicine, uncovers a trove of public documents from the 1976 bankruptcy of the Western Sugar Company. Western Sugar was one of the cornerstone members of a major sugar industry association. This is a “must see” food documentary in the spirit of historic muckraking books like “The Jungle”.  You will not be able to look away as Cristin unravels and deceitful playbook that the sugar industry used to dramatically ramp up the use of sugar in food products.

4. Sour Grapes (2016) Directors: Reuben Atlas, Jerry Rothwell – Sour Grapes is a fascinating crime documentary that follows one of the greatest wine scandals of the last 100 years. In 1998, Rudy Kurniawan arrived in the US on a student visa as a wealthy Indonesian. During the next 8 years he ascended the wine collecting ranks, culminating in a record auction in 2006 in which he sold $35 million of wine through the auction house, Acker Merrall & Condit. In 2008, there were cracks in the façade as some of his wines could not be authenticated by the original vineyards, and by 2012, the FBI raided his home, and he was convicted of wine fraud. Sour Grapes takes a good, hard look at the wine industry and the corruption within.

5. Forks Over Knives (2011) Director: Lee Fulkerson– This well-known documentary may have positively changed more lives than any other documentary in history.  If you ask recent vegans (converting in the last 7 years), what was the most influential factor in their conversion, most will tell you it was Forks Over Knives. The film advocates the benefits of a whole-food, plant-based diet for the prevention and reversal of many of our chronic diseases. It was the first documentary to highlight The China Study and the work of T. Colin Campbell on the link between animal proteins and cancer. If you are serious about changing your health or your weight, I highly recommend you put Forks Over Knives on the top of your playlist!

6. Cooked: A Natural History of Transformation (2016) Director: Varies per episode– This four-part Netflix documentary series was adapted from the book of the same name by Michael Pollan.  Each episode named after a different element; fire, water, air and earth, explores a different aspect of food preparation. From baking to grilling to fermentation, Michael discovers both the joy of preparing, and the eating of delicious foods. And while he does not advocate any one diet or food lifestyle, he boils down his philosophy on food into one memorable quote, “Eat food. Not too much. Mostly plants.” While I do not agree with all Pollan’s beliefs in the documentary, it is hard not to be entranced by his sheer passion for, and love of, food.

7. Cowspiracy (2014) Directors: Kip Anderson and Keegan Kuhn– Cowspiracy is one of the most entertaining food documentaries.. Director Kip Anderson goes in front of the camera to take us on a journey of discovery to unwind the question of climate change and its causes. Kip’s likable personality and unique questioning style helps to unfold the mystery on-screen. Not only does our diet have a significant impact on our own health but it also can have a big impact on our carbon and environmental footprint.

8. Somm (2013) Director: Jason Wise– This is a fascinating glimpse into the life of master sommeliers, and their rigorous training demands and unique skills. Not only are there vast amounts of data that they must memorize such as the types of grapes, wines and years of wines from around the world, but they also must possess a superior olfactory sense. The documentary follows four friends as they train for their exams to become master sommeliers. It is an all-consuming journey in which they give up their free time and personal relationships to prepare for it. The film pulls the viewer into the process of preparing for the exam, while also developing the complex characters of our four aspiring sommeliers.

9. Food Chains (2014) Director: Sanjay Rawal – Food Chains takes us inside the migrant farming industry in Florida, specifically focusing on tomato pickers. The documentary exposes the difficult working environments and living conditions for migrant workers in the agricultural industry. While the film is focused on Florida, it also applies to many other states with large agricultural economies, such as California and Texas. There is also discussion of some of the recent changes and movements to improve the conditions for workers.

10. Hungry for Change (2012) Directors: James Colquhoun, Laurentine Ten Bosch, Carlo Ledesma – What the weight loss industry doesn’t want you to know is that diets don’t work. The only way to truly lose weight is through a lifestyle change, such as adopting a plant-based diet. Hungry for Change exposes food companies and the weight loss industry for many of the deceptive marketing practices and addictive ingredients added to products to keep us on the obesity cycle. Some of the ingredients covered include high fructose corn syrup, Aspartame, all forms of sugar, and manufactured fats.

Here are two additional TedTalks to continue your education on the best food documentaries:

Robyn O’Brien at TEDxAustin in 2011 –Robyn O’Brien has become one of the champions for the #dumpthejunk movement and the return to clean ingredients in food that are not bastardized with genetic modifications, pesticides, chemicals and antibiotics. She relates the movement to her own family’s journey and it is both an entertaining and horrifying talk on how we got here and where we need to go in the future.

Teach every child about food by Jamie Oliver – Jamie Oliver has an anti-obesity project headquartered in West Virginia. One of the key elements of that project is education. In the inner cities, that lack of education is amplified, culminating in the fact that many of the children in the program cannot identify common fruits and vegetables.

[Editor’s Note: For more articles like this one by Tyler Mayoras, check out “How to Invest and Live with Intent: Plant-Based Diets and a Cleaner Climate,”  “Eat to Live: This Article Might Just Save Your Life,” and “A Radical Approach to Curing America’s Obesity Epidemic.”]

What Secured Lenders Should Know If Their Borrower Files for Bankruptcy