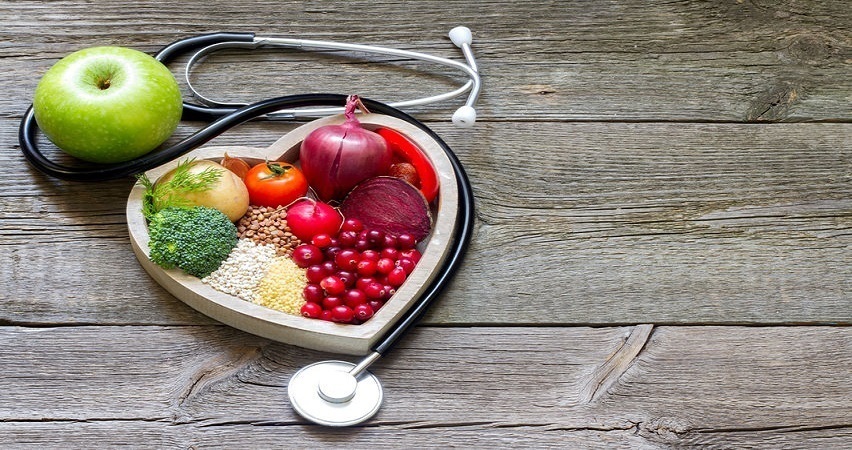 Eat to Live: This Article Might Just Save Your Life

The Health Benefits are Endless When You Eat to Live

Part of my role as a private equity investor is to devour information on food and agriculture. Why? To make sure I understand the trends and impacts within the industry. So, I read books, articles, and studies on food, health and wellness, and what it means to “eat to live”. And I have likely watched every documentary from the last 10 years on the food and agriculture industries. Lucky for you, I am boiling all that knowledge down into one article that will help you lose weight (a lot of weight) and improve your health.

First though, let’s start with a little primer on nutrition in the U.S. But I warn you, it ain’t pretty. Despite having the higher GDP and arguably the best healthcare in the world, the U.S. is not the healthiest population. In fact, we ranked 30th in terms of life expectancy by the World Health Organization in 2015. We are near the top of some other, more ominous categories. We are number one in obesity among countries with at least 50 million in population. We also have the 13th highest mortality rate from cardiovascular disease. Plus, we are 6th for cancer rates per 100,000 of the population. Want to know the common denominator? We are the clear leader in meat consumption, consuming a massive 120 kilograms of meat per person each year!

Live to Eat or Eat to Live?

The medical industry has been chasing a cure for cancer for hundreds of years,  but today, there is one diet that studies have shown will reduce your risk of dying from ‘non-smoking related’ cancers. It turns out that this diet can also reverse heart disease and help you lose weight. I am talking about a plant-based vegan diet.

One of my favorite quotes on the heart benefits of a vegan diet comes from Kim Williams, M.D. Williams is a cardiologist and the former President of the American College of Cardiology. When interviewed on the Rich Roll podcast, he said, “There are two types of cardiologists: vegans and those who haven’t read the data”.

You may also be interested in, “The Benefits of Vacation are Many- But You have to Actually Take One”

If you are overweight, have high cholesterol and/or high blood pressure, you are probably at high risk of a heart attack. In fact, many Americans are at risk because heart disease is the number one killer in the U.S. Yet, there is one diet that the country’s top cardiologists have found to dramatically reduce the risk of a heart attack and even reverse heart disease. I am talking about a whole food, plant-based diet. This is what it means to “eat to live”. By the way, these are not fringe doctors. In fact, these are some of our top minds.

Among these top minds are Caldwell Esselstyn, M.D. of The Cleveland Clinic, Dr. Williams at Rush University Medical Center, Joel Kahn, MD (founder of the Kahn Center for Cardiac Longevity in Detroit, MI), Neal Barnard, M.D. from George Washington University and Michael Greger, MD, author of How Not to Die.

In fact, many Americans are at risk because heart disease is the number one killer in the U.S. Yet, there is one diet that the country’s top cardiologists have found to dramatically reduce the risk of a heart attack and even reverse heart disease.

Dr. Esselstyn has conducted the most research on the heart benefits of a plant-based diet. I highly recommend you read his articles on reversing coronary heart disease with plant-based nutrition.

If you prefer to watch a visual demonstration of the positive benefits of a plant-based diet, I recommend the documentary, Vegucated. You can find it on Netflix, Hulu or YouTube.

Vegucated is an award-winning documentary from 2011. The film follows three average Americans who are overweight with high cholesterol and high blood pressure. They each agree to “eat to live” for six weeks, adopting a plant-based lifestyle. What follows is both entertaining and educational.

If you want to learn more about how to eat to live, a new documentary, Eating you Alive, goes deeper into the science and featured interviews with a range of doctors on the health benefits of a vegan diet. While it is not yet available on the streaming services, make sure to check it out when it arrives. What the Health and PlantPure Nation are two other good documentaries discussing this link between heart health and a plant-based diet.  You can watch both on several streaming services.

While the heart risks of animal protein are scary enough, they are not the only major risk. There is also a link to the growth of cancer cells and animal proteins. This link was first highlighted in The China Study in 2005 and has since been confirmed in studies by Dr. Colin Campbell and several universities. The risks are especially high for middle-aged eaters.

There is also a link to the growth of cancer cells and animal proteins.

Forks Over Knives, the granddaddy of vegan documentaries, provides a deep dive into the China Study and Dr. Campbell’s work. It is available on Hulu, Netflix, and YouTube.

Consider this: From an evolutionary standpoint, our primary function is to have offspring and raise them to adulthood. After that timeframe (sometime in our 40s or 50s), our evolutionary usefulness has run out. At that point, nature starts trying to kill us off, with cells mutating into cancer and a weakening immune system with which to fight those cells.

You may also be interested in, “A Radical Approach to Curing America’s Obesity Epidemic”

While most animal proteins are not thought to be carcinogens (except for processed meats which are labeled as carcinogens), animal proteins fuel mutating cancer cells. Dr. Campbell’s studies have found converting to a plant-based diet can reduce the risk of cancer. They have also found that the progression can be reversed through nutrition.

That is exactly what it means to eat to live. In one of his recent articles, he highlights a study published in the Journal of American Medicine in 2016. The study states, “…those consuming the most plant protein were found to have a 33% reduced risk of death, 40% reduced risk of cardiovascular death and a 28% reduced risk of cancer death.”

Dr. Campbell’s studies have found converting to a plant-based diet can reduce the risk of cancer.

Now, I understand that ‘going fully vegan’ is a big step. However, while it used to be hard, requiring you to cook all your own food, times have changed dramatically. There is now a multitude of delicious options for plant-based foods at restaurants and grocery stores across the U.S., making eating vegan much easier! Keep in mind, I still recommend that you prepare whole, plant-based foods as much as possible.

I don’t expect everyone to convert to a fully vegan diet. However, for your health, you should reduce your consumption of meat and dairy products. And, it doesn’t matter whether you are fit or overweight, we should all be limiting our consumption of animal proteins and learning to eat to live. It might just save your life!

Tyler Mayoras is a passionate impact investor & entrepreneur focused on building a sustainable future of food. He has over 20 yrs of PE experience building successful companies.