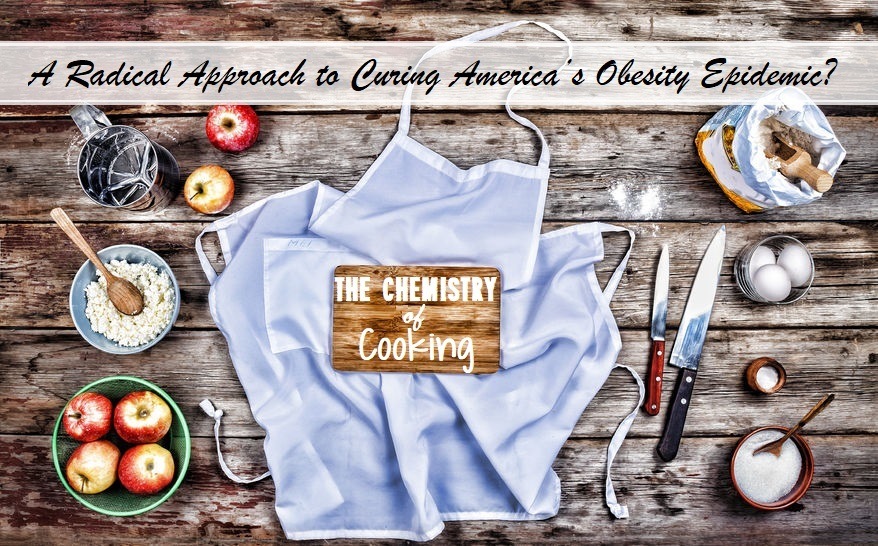 Curing America’s Obesity Epidemic May Look Different (and Younger?) than We Thought

Several months ago, I had this strange encounter with my high school-aged daughter. It was a bit of an “aha” moment that sparked a lot of other ideas about food, health and how we might tackle some of our biggest health problems. I had brought home samples from one of our investee companies. They were made with a blend of alternative grains to avoid gluten. My daughter tried them and then asked to see the package. I handed it over and she said, “Ahh, it’s got amaranth in it. I don’t eat amaranth!”

Huh? WTF? At least, that is what I wanted to say. Instead, I said something like, “What? How in the world do you know what amaranth is?”

She proceeded to tell me all about her Chemistry of Cooking class last year and an experiment they conducted where the students baked treats with 7 different alternative flours and then tried each of those products. She distinctly remembered that “amaranth tasted like dirt.” Needless to say, I was fascinated … and wished I could take this class.

Could it be that my daughter had just pegged the minor formulation flaw that could transform this good-enough product into a great product?

It also occurred to me that while I really liked the product in question, I did notice that its finish left a dry taste in my mouth that had always troubled me. Could it be that my daughter had just pegged the minor formulation flaw that could transform this good-enough product into a great product?

You may also like, “‘Free From’ Foods: Invest in the Food Revolution”

I immediately fired off an email relating the story to the founders of the investee company and asked if they had ever tried the formulation without amaranth. A couple of months later, we had new product without amaranth, and yes, it went from good to great! We had a better product and I had a budding food scientist in the family.

Could Education Be the Cure for Obesity?

This encounter also led me to reflect on the past year. I remembered initially discussing the class and how cool I thought it was that they had created a science class around the science of food. I also thought it was great that my daughter was reading one of my favorite food nutrition books, “Grain Brain” by Dr. David Perlmutter, as part of the class.

Despite thinking it was cool, it never occurred to me at the time that it might leave a lasting impression on my daughter in any way. However, now reflecting on the “amaranth encounter,” I started to examine other differences that I had seen in my daughter.

This class may have been the impetus for her transformation. It also got me thinking about how a similar class might impact other students and whether it might be part of the solution to starting teens down the path of eating better and reducing, or better yet, curing America’s obesity epidemic.

During the past and since taking the class, she had begun to eat better, was more thoughtful about nutrition, had lost weight and overall was much healthier. It took this chance encounter for me to realize this class may have been the impetus for her transformation. It also got me thinking about how a similar class might impact other students and whether it might be part of the solution to starting teens down the path of eating better and reducing, or better yet, curing America’s obesity epidemic.

Learning More about ‘Chemistry of Cooking’

Naturally, I wanted to learn more about the class. I reached out to the teacher, Leslie Webster, at Francis W. Parker School in Chicago. The following are the highlights of my interview with her:

TM: How long have you been teaching Chemistry of Cooking and how did it first come about?

LW: The first year for the class was the 2014-2015 school year, so this is the fourth year of the class. However, I began preparing the curriculum for about a year before that. The class first came about because of a student petition. [Francis W.] Parker is a progressive school where students are taught to help shape their education. As a result, one of our students wanted to learn more about cooking and started a petition to add a food science and cooking class to the curriculum. His petition garnered 40 student signatures, which exceeded the required level of interest to start a class. I volunteered to develop the class and was granted time and resources to begin researching the curriculum. I leaned heavily on similar classes taught at Harvard University to develop the class outline.

TM: So, is the class mostly about cooking or is it more about the science of food and nutrition? And can you lay out the semester curriculum for me?

LW: It is definitely more about the science of food, but we thought “Chemistry of Cooking” was a catchier name to attract students. The curriculum typically unfolds as follows:

For the semester-long project, they choose one of the great books on food and nutrition. I supply a list, but they can also suggest another book for my approval. These are some of the books I suggest to the students:

TM: Have you seen a transformation in the kids or any anecdotal evidence the class is changing student behavior?

LW: Well, I am really encouraged to hear the story of your daughter and how the class has impacted her. Because so many of the kids take the class their senior year, they leave for college and I don’t get to see or interact with many of them after the class.

I do remember one student, though, who was particularly impacted by our portion control discussions. He had struggled with weight and said he did not realize that many of the snack foods he was eating were multiple serving sizes. Learning how to read nutritional labels changed how he ate throughout the day. He did his presentation on portion control and even lost 15 pounds in the month prior to his presentation by strictly adhering to a portion control regimen throughout the day. Simple things like that can make a difference when most of us are never taught how to read food labels.

You may also like, “How to Invest and Live with Intent: Plant-Based Diets and a Cleaner Climate”

TM: It certainly would be interesting to survey your former students to see if they think the class impacted their eating and nutritional habits after the class. Do you think that requiring all students to take a class like the Chemistry of Cooking could reduce obesity in the U.S.?

LW: It’s an interesting thought. I think that the students at Parker probably eat better than most in the U.S. and it still has had an impact on them, so it is plausible. Unfortunately, we don’t have any hard stats on any changes. We only have anecdotal information from past students. But it is an interesting question and worth a discussion.

I really enjoyed speaking with Leslie and learning more about the class. As an investor in the food industry, I read and watch many books and documentaries on food and nutrition. That education has dramatically changed my diet and led to me losing more than 25 pounds and improving my health. Now, from watching my daughter’s transformation after taking this class, I am convinced that we could change eating habits in the U.S. through education. It may not be the only answer for curing America’s obesity epidemic, but it seems a great place to start.

Published on September 27, 2021 • By The DailyDAC Editors