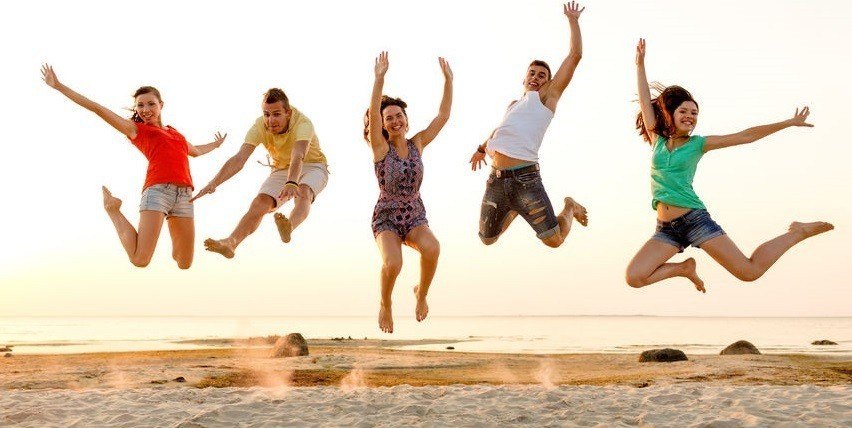 Don’t Underestimate the Benefits of Vacation

Are you “too busy” to take a vacation? What if I told you that some of the benefits of vacation include better health and an improved bottom line? Would you take one then?

Reducing stress has been proven to have long-lasting health benefits. From lower blood pressure to better digestive health and a stronger immune system, the overall health benefits of vacation for managing stress are endless. A healthier employee is a happier employee who is more effective and present in the everyday workplace.

people who go on a vacation tend to experience a reduction in stress because they are removed from the activities and environments that cause them the most stress and anxiety.

True, a vacation won’t cure cancer, but a study by the American Psychological Association found that people who go on a vacation tend to experience a reduction in stress because they are removed from the activities and environments that cause them the most stress and anxiety.

In another study, highlighted by Inc.com, it was found that women who took two vacations a year were eight times less likely to have coronary heart disease as opposed to women who took no vacations. As for men, the study discovered that those who skipped their annual vacation were 32% more likely to pass away from a heart attack when compared to those who took just one vacation each year.

Could vacation be the secret to living longer after all?

Even if your vacation involves physically stressful activities such as hiking or working on a dude-ranch, those are different from your everyday stresses and have health benefits. One of the benefits of vacation is that it will help lower levels of stress hormones and can even help you lose weight! So, taking a vacation can have a positive impact on your waistline even if you indulge in some extra goodies while away.

You may also be interested in, “How Much to Spend on Your Vacation“

Another study showed lower levels of stress and tension, and reduced rates of depression among women who vacationed at least once or twice a year when compared to those who vacationed less often.

The lesson here? Take a trip and improve your overall health, before you regret it.

Want to receive a promotion and help the U.S. economy? Take a vacation!

The overall health benefits of vacation may seem obvious to some, but one not-so-obvious benefit to kicking back is an improved performance at the office, and maybe even a bump in pay.

A recent study conducted by Project: Time Off found that Americans are using fewer vacation days than ever before, in part because of a belief that vacationing will reflect negatively upon them in the workplace.

According to the research, not only is that fear completely unfounded, but it’ll cause you to miss out on one of the biggest benefits of vacation- economic increase! Yes, our failure to use our paid vacation time could be harming the national economy.

The Project: Time Off study — where researchers interviewed 5,641 Americans who work more than 35 hours a week and have paid time off — found that from 1978 to 2000, Americans took an average of 20 vacation days a year. In 2015, when a record 55% of respondents reported leaving vacation days on the table, that number was down to 16 days.

By giving up time off, Americans are effectively volunteering hundreds of millions of days of free work for their employers

“By giving up this time off, Americans are effectively volunteering hundreds of millions of days of free work for their employers, which results in $61.4 billion in forfeited benefits,” authors of the study wrote. Whatever the benefits of vacation may be, most people never stop long enough to experience them.

Why Aren’t We Taking Vacations?

The study, which allowed participants to check off multiple answers, revealed the reasons why employees are letting paid vacation days go unused:

The first three reasons given are hard to quantify, but the last two are not. Research does not support the idea that employees who use their allotted vacation days will be frowned upon by their office superiors simply because they take a vacation or two.

You may also like, “Retiring Abroad: Does Your Wanderlust Make Sense?“

In writing about Project: Time Off’s finding that more days at the office do not correlate to upward mobility, the Harvard Business Review used a colorful example:

“In NBC’s The Office, while trying to get a promotion from his boss Michael Scott, the awkward and overeager Dwight Schrute shows a spreadsheet documenting that he has never been late and has never taken a day off from work. He does not get the promotion. And that is exactly what the data bears out.”

the more vacation days you use, the more likely you are to receive a raise.

The numbers reported by Project: Time Off are staggering. Had Americans used the 600 million unused vacation days they earned in 2015, it would have meant $223 billion in spending for the economy, according to the study.

Servicing the needs of those unused vacation days would have created 1.6 million jobs, resulting in $65 billion in additional income. If Americans were to just use one more day, one of the benefits of vacation would be $34 billion in spending for the U.S. economy. So, is taking a vacation the secret to living longer? It may be for some, and while money isn’t everything, it is great to have on vacation.

Tax cuts? Who needs ‘em? Go to the beach!

Mercedes is a business owner and Executive Consultant with Rodan + Fields. In addition, she works in the field of behavior analysis for children with autism and their families, specializing in preschool aged children. She also has her Masters in Science from University of California at Davis.