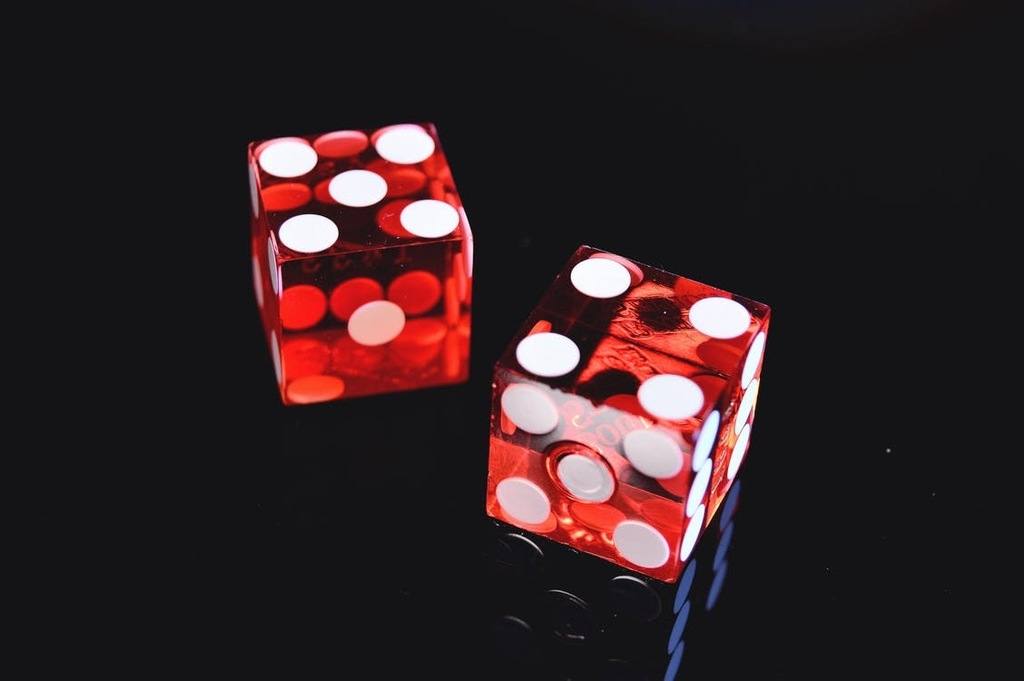 But there are well-known disappointments as well. Some recent venture capital darlings have plunged in value either upon launching their IPO or shortly after, before most early private investors were permitted to sell shares including:

And there is WeWork, which never made it through the IPO gate. Valued privately at $47 billion in January 2019, according to Business Insider, its value dropped to just $2.9 billion by mid-May 2020.

Assessing a venture’s value is difficult, but the underlying principles should be straightforward. Lasting value depends on:

Failure or Success? Both are Valid Outcomes

The Cambridge Associates’ Private Investment Benchmarks Database provides an excellent source of venture capital return data. One of the most robust collections of institutional quality private fund performance, it contains the historical performance records of over 2,000 fund managers and over 7,400 of their funds.

The table below summarizes data from Cambridge Associates as of June 2019, and shows the venture capital returns at the fund level, relative to public equity market indices. Because 2020 has led to much short-term volatility, reviewing data from before this year will better demonstrate the excellent returns that are possible from selecting the top half of performing venture capital funds.

Comparison of Rates of Return (%)

Remember that the venture capital return averages above are based on investing at the total fund level. Many investors invest at the individual venture level and need to recognize that individual ventures can lead to a greater range of risks and potential reward. They must also consider how long it will likely take to realize the potential rewards. Since investment dollars may be tied up for ten or more years and those dollars aren’t available to invest elsewhere, that is an opportunity cost. Remember, time is money.

If you are considering making an investment, you should also consider your personal risk tolerance, including how long you are willing to wait for a return. Then, decide whether to consider this asset class and, if so, the sorts of venture capital investment opportunities in which to invest.

Venture Capital Investment is About the Risk-Reward Trade-Off 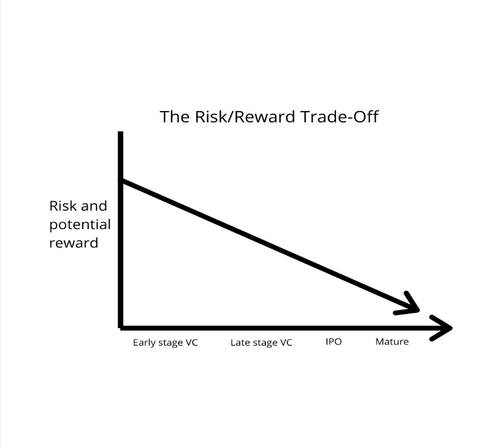 The firm at which I serve as an advisor, VCapital, works hard to assess this risk-reward tradeoff. The team leading this firm has had an enviable track record in predecessor firms. Over the past 30 years, 37% of its investments have been winners—double the industry average.

A review of some of our recent investments illustrates the risk-reward tradeoff: considerable risk is okay as long as the potential rewards justify those risks. Consider the following venture capital investment examples:

Intensity Therapeutics was one of the riskier investments we made in 2015. This company is pioneering a new field of cancer treatment: in situ vaccination. The doctor injects chemotherapy directly into the tumor, using less chemo than a traditional transfusion into the bloodstream. The chemotherapy consists of proven chemotherapy agents, along with a proprietary enhancer.

When researchers tested this treatment in mice, they noted fewer side effects than traditional chemo. They also had remarkable success in shrinking tumors, sometimes eliminating them completely, along with potential inoculation against future cancer.

But mice aren’t humans, and the path to FDA approval is long and risky. Only 9-10% of drugs in Phase 1 clinical trials make it all the way to FDA approval. For oncology drugs, the probability is much lower at 5%. But the potential reward, especially for a groundbreaking oncology drug, is huge.

The good news: five years since our first investment in this company, Intensity Therapeutics has made it successfully through Phase 1, demonstrating safety. The even better news: the Phase 1 clinical trial also demonstrated exciting efficacy. Intensity Therapeutics is now in Phase 2 as both a monotherapy and in combination with leading existing immunotherapy drugs from Merck and Bristol Myers Squibb.

So, while Intensity Therapeutics has not yet reached the end zone for a touchdown, we are extremely enthusiastic about this company, especially as other companies with similarly promising cancer drugs have been acquired for hundreds of millions—even billions—of dollars. We are hopeful that the big early risk we took will prove worth it—and then some!

Sorry to report that this company is not currently available to new investors and may never again be if one of the major pharma companies acquires it before it needs more developmental funding.

A less risky venture capital example was our investment in Synap, a software-as-a-service company in the CRM category. While the potential was not nearly as great as the previous example, it still offered appropriately attractive potential.

For those in the financial services industry, especially those focused on alternative investment asset classes, Synap’s product delivers innovation to the CRM category. It is easy to use with little technical support, integrates seamlessly with existing CRM systems and connects with the user’s email account, eliminating cumbersome manual processes while creating a complete contact and company database.

So why was it risky for us to invest in Synap? The risk was not technological. Instead, the primary risk was that it might fail to stand out sufficiently in the CRM category and break through competitive clutter. It needed to capture enough of the target customers already using CRM systems. We believed the potential reward was great enough to justify the competitive marketplace risk.

That risk became more evident over time. In February 2018, Synap merged with another software provider, Imagineer Technology Group. Further software industry market dynamics, exacerbated by the increased sales challenge during the Covid-19 pandemic, made it clear that a rich payoff was likely not in the cards and too risky to continue pursuing.

Management’s realistic situation assessment and acumen led to the sale of that combined entity (which retained the Imagineer name) this September to a larger software company that could leverage Imagineer’s offerings. While we never like to lose, VCapital was pleased that it was able to recoup most, though not all, of its investment in the original Synap venture. When higher risk-higher reward potential ventures don’t win, they tend to lose investors’ total stake. So even though we didn’t win, we did seem to correctly assess this company’s risk-reward calculus.

A further interesting aspect of Imagineer’s sale is that the original shareholders in Imagineer, prior to its merger with Synap, enjoyed an excellent return, having bought a controlling stake in that company back in 2011 at a much lower valuation. That illustrates how returns can and do change significantly based on the stage at which one invests. Earlier stage investments are by definition riskier, but you get to buy in at a lower valuation and hence with greater reward potential.

In terms of risk-potential reward dynamics, our investment in Camras Vision, since renamed Alievio, is an excellent example of an opportunity in between the last two.  The technological and regulatory risks were not nearly as great as for a breakthrough cancer drug, while the reward potential was not as great as for a breakthrough treatment for life-threatening cancer. But the risks, as well as the potential rewards, were believed much greater than for a better CRM tool targeted to just one industry.

The Camras/Alievio mission is to tame glaucoma. Glaucoma is the leading cause of irreversible blindness, and affects an estimated 79.6 million people worldwide. Current treatments are either drugs, with a failure rate of up to 35%, or shunt implantation surgery, with complication rates of 20-40%. The reason for so many failures and complications is that neither option can predictably achieve the precise pressure in the eye required to prevent vision loss.

The Camras Shunt was developed to be the first treatment that predictably controls individualized pressure in the eye to prevent blindness. This device is also easier to implant, minimally invasive and reduces surgical time by approximately 50% compared to other shunt procedures.

When we invested, the Camras Shunt was already largely developed and had proven efficacy in early testing. Hence, the technological risk was not nearly as great as for a cancer drug. Similarly, while the reward potential was believed substantial, it was not viewed as nearly as great as taming life-threatening cancer.

Nevertheless, the risks of succeeding with final product optimization and then achieving FDA approval and insurance company reimbursement were not trivial. However, the probability of achieving FDA approval was better than for an oncology drug, and the time required should be far less. Despite the product’s expected superiority, we also recognized that marketplace adoption could be constrained somewhat by inertia among ophthalmologists.

Fast forward to 2019. Achieving final product optimization proved challenging. The company has encountered clinical issues after the device had been implanted for more than 6 months.  This has necessitated minor product redesign, including a change in materials. Since the clinical issues were observed, scientists and engineers have been focused on those issues. The company will not know that the problem has been solved until an essential primate (i.e., monkey) study is conducted. Such a test must succeed before further human trials can be conducted.

Hence, this company’s hoped-for opportunity to progress to FDA approval, insurance industry support and a richly rewarding exit, whether via IPO or sale to an existing company, is still in question and has at very least been delayed by a couple of years. As they say, “It ain’t over til it’s over.” But again, we think we assessed the risk/potential reward tradeoff appropriately, and are still hopeful of a rewarding outcome.

[Editor’s Note: To learn more about this and other related topics, you may want to attend the following webinars: What is a “Private Fund?”, Due Dilligence Before Investing, PE, VC, and Hedge Funds De-Mystified 2019. This is an updated version of an article originally published on October 30, 2017.]