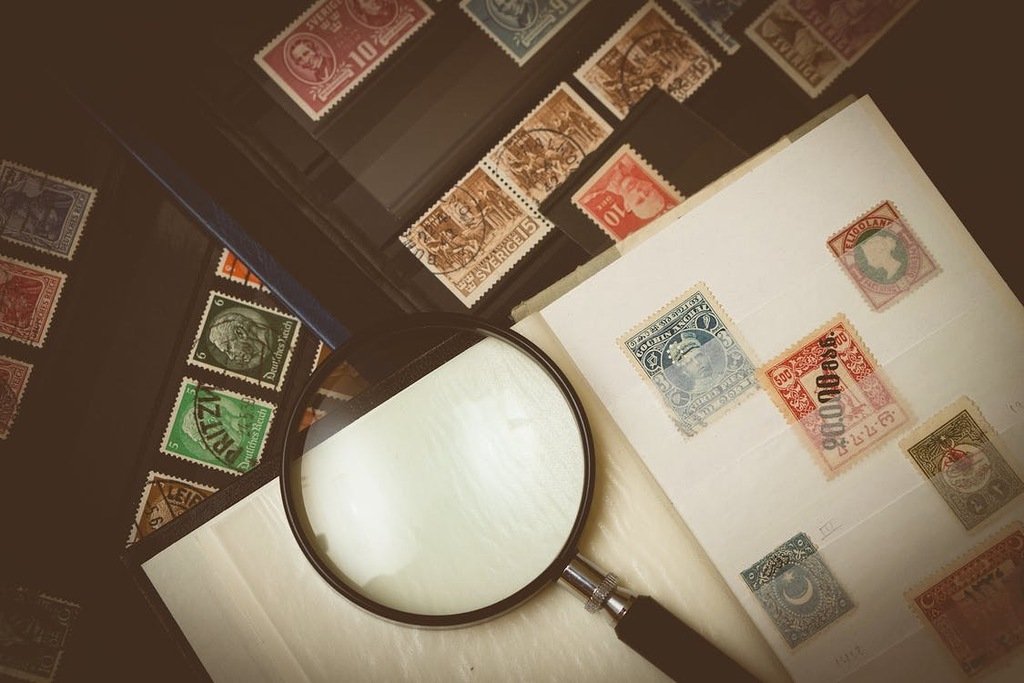 Wealthy Still Investing In Stamps Amid Overall Slide in Value

Billionaire Philatelists Chase Trophies, But Can Average Collectors Get the Same Returns?

There’s been a dramatic divergence of fates in the world of stamp collecting when it comes to investment values. Billionaires still trophy hunt ultra-rare specimens, but most stamps have seen their values collapse due to dwindling demand—and even market collapse as public auctions are put on hold in the wake of a pandemic.

How are Stamps Valued?

Stamps are valued based on several criteria:

While you may assume that errors decrease stamp value, it’s actually the opposite. Stamps with print errors are taken out of circulation, making them more rare, and therefore, more valuable.

Is Investing In Stamps Now Just for the Wealthy?

At the rarified end of stamp collecting, shoe designer Stuart Weitzman paid $9.8 million for an 1856 British Guiana One-Cent Magenta in 2014, which was nearly four times the previous record for a single stamp. Meanwhile, at the hobbyist end of the spectrum, if your grandpa’s prized stamp collection was ever worth anything, it probably isn’t anymore.

The price of collectibles is, at its essence, a supply and demand game, and a significant number of stamp collectors are selling up (one way or another). Peak Stamp was around 1988, when the American Philatelist Society had a record high 56,000 members, according to the organization’s website. Today there are less than half as many.

For the wealthy, the rarest of rare stamps still serve as reliable and sometimes lucrative places to park money. Meanwhile, many stamps have depreciated so quickly they are worth a tenth of the price listed in purportedly contemporary guidebooks.

“We are told that postage stamps are a good investment, and this may well be true for very old rare stamps,” British philatelist Paul Sanderson told the Guardian in 2015.

“However, when it comes to less rare stamps we should treat Stanley Gibbons’ catalog values with a large pinch of salt, as in many cases they appear to be absurdly high,” said Sanderson, who was disappointed with the prices he got for his own collection.

Part of the precipitous decline is changing generational interests, with smartphones beating out stamps as entertainment value. Technology has also played a role in deflating prices.

It’s not that today’s kids aren’t excited to receive mail. But their white-pouched Amazon deliveries of electronics hold little in the way of artful, hand-stamped charm. It’s likely many children have never seen, or noticed anyway, a physical stamp, unless someone in their family—almost certainly an evangelist grandpa—has tried to infect them with the philately bug.

Those kids exposed to stamp collecting at a young age are the most likely to circle back around and invest in stamps as a hobby in retirement, investment blog Antique Sage writes in one of the few hopeful passages in “The Long Slow Death of Stamp Collecting.”

Online trading forums such as eBay made stamp purchases and trading more transparent, but mostly decreased the value of stamps, because many were found to be less rare than originally thought, Antique Sage noted. The site also cautioned collectors to be on the lookout for fraudulent stamps online, which further contribute to the devaluation of legitimate stamps.

Price Slide is a Buying Opportunity for Stamp Collectors

Robert Lehmann, a Forbes columnist covering philately, had a glass-half-full take, saying the depressed prices should be seen as a buying opportunity for the investor looking for longer-term returns.

“If you are a USA collector, these are buying opportunity years for building a quality collection at price levels not seen in years,” Lehmann wrote. “Stamp buying has rarely been a timing play as investments go, but this is one of those times.”

For hobbyists who want to create value, Lehmann explains that collectors can be more proactive by identifying undervalued stamps and making their potential value known, as he did with rare Mexican stamps by researching their history and using that information to establish new values. But will hobbyists—especially those with smartphones in hand—really have the same knowledge, dedication, and luck? Or is it still a rich man’s game?

The wealthy sometimes like to see their money expressed in hobby form, and billionaires continue to trophy hunt stamps all but guaranteed to appreciate in value by virtue of their rarity. It’s no surprise the uber-wealthy have some of the most impressive collections, including Bill Gross’, which sold at auction in 2018 for a record $10 million-plus.

Gross’ most valuable single lot brought almost $750,000, a four-stamp block of the 24-cent 1869 Pictorial Inverted Center. (It’s a mistake stamp, as so many of the most valuable ones are, with the error being the printing of its illustration of Christopher Columbus’ landing party upside down.)

Before Weitzman paid $9.4 million for the one-and-only One-Cent Magenta, it had not been seen by the public for decades. Weitzman loaned it for three years to the National Postal Museum of the Smithsonian. Visitors flocked to it not just for its rarity, but for its back story. 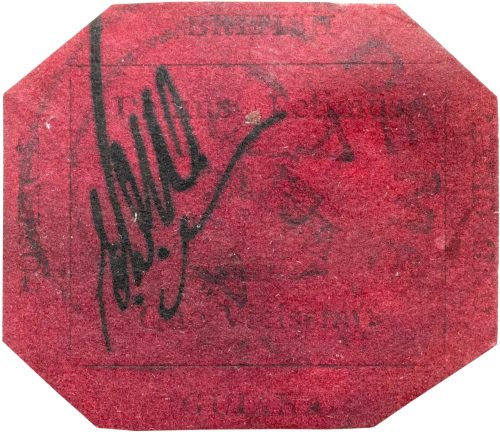 That’s because stamp collectors are, at heart, story collectors, and investing in stamps requires a love for history. The most valuable stamp of all, the One-Cent Magenta, has a colorful and romantic story. Philatelists repeat this story to themselves when they see it, where the rest of us just see a scribbled-on purple square.

This particular piece of postage is a makeshift stamp. Something to stand in for something that stands in for something else. In this case, postage on newspapers and letters in British Guiana, made necessary because a delivery of the colony’s official British postage came up 90% short. Typeset at the local newspaper, the stamp includes a stock line drawing of a three-masted ship, along with the colony’s Latin motto, Damus Petimus Que Vicissim, which translates to “We give and we ask in return.”

Leaving a Mark on History

The scribbles, intended to deter counterfeiters, are the initials of the colony’s postmaster, who was just as diligent about destroying all unused copies once his supply of legitimate British stamps finally arrived—another reason there exists only one known copy. It was discovered in 1873 by a Scottish schoolboy stamp collector, who promptly made the unwise financial decision to sell it for $10.

The people after him who’ve owned it add their part to the story, and they also leave their initials, a kind of micro-graffiti on the stamp. Promiscuous collectors leave these tags everywhere. It’s the only kind of collecting I know about where defacing the artifact is par for the course.

Invest in Stamps For Love, Not Money

But unless you are wealthy enough to invest in ultra-rare stamps, it’s probable that the time for stamp collections as a personal investment has passed. Those who continue to invest in stamps in the middle to lower tier of value should do it solely for the love of these historical objects and their stories, and not with the hope of future financial return.

[Editor’s Note: To learn more about this and related topics, you may want to attend the following webinars: Basic Investment Principles 101 – From Asset Allocations to Zero Coupon Bonds and All About Asset Allocation. This is an updated version of an article originally published on February 20, 2019.]