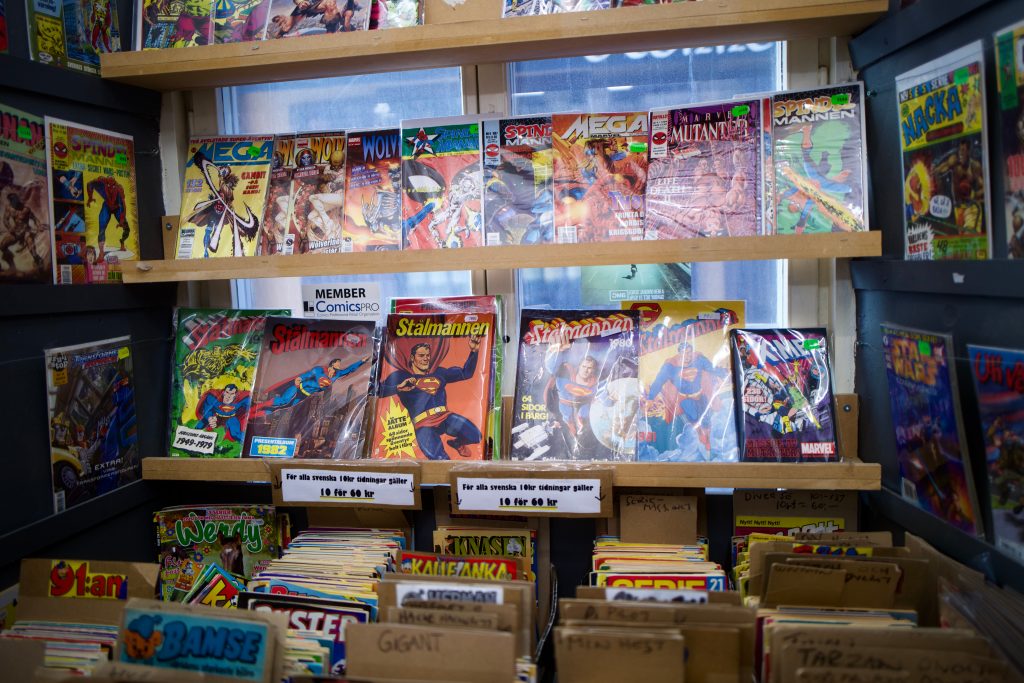 Is Investing in Comics Big Money, Big Fun, or Both?

If you’ve ever thought investing in comics is for the birds, you could be missing out. It’s well-known that diversifying your portfolio with hard, tangible assets is a sound choice, even through alternative investments. But how much money can comic book investing actually garner?

There are conflicting notions about actual, realized value, of course. Most likely, the relics of your youth could end up collecting dust next to that Beanie Baby collection, and you won’t see the return on your investment  that you fantasized about as a kid. But as with anything, there are clear outliers on par with other coveted rarities in the valuable collectibles world (e.g., the Honus Wagner 1909-1911 T206 baseball card, sold at $6.6 million, or a Château Lafite Bordeaux 1787, priced at $160,000).

[Editors’ Note: You may also like Should You Invest in Comic Books? Top Tips From A Comic Book Investor]

The oft-mentioned “Action Comics No. 1,” which is the first book to feature Superman, sold for $3.18 million in 2021. And the first Batman comic ever auctioned recently went back on the market, selling for close to $1.5 million.  While these examples are few and far between in the comic book world, the thrill of chasing down high-value, low circulation issues is what keeps most collectors hooked.

However, USA Today notes, unlike precious metals, comics don’t have any intrinsic value. Both pricing and demands are in part, due to what happens on the big screen.

It’s not so far-fetched to say that in order to be successful in your action-packed investments, you’ll need to pay attention to what major film studios have coming down the pipeline. A forward-thinking investor could have bought the first book starring talking tree monster Groot — before he joined the aforementioned Guardians —  for the bargain price of $4,000, USA Today reveals. Now, that same issue sells for more than three times that amount.

But is it only the big screen appearances driving up interest, and consequently, prices? Well, it’s many things. “There’s just a sustained higher level of interest. Marvel, Disney, TV shows, Star Wars stuff, all that. It’s non-stop, and [all these properties that came from comics] are such a household name now,” said Lon Allen, VP of Heritage Auctions in a Forbes interview last year.

The fact that streaming media mogul Netflix bought a comics publisher as its first acquisition in 2017 was a clear sign of how the comic book industry was ramping back up in mainstream media.

The Fall of the Comic Book Market: Investing in Comics Flatlines

You know what they say – all good things eventually come to an end. That may be true for the value of comic books and possibly a turnoff for those longtime collectors who love investing in comics for their ink-and-paper glory. But surprisingly, some people still find a way to hit the sweet spot.

Just like the baseball card bubble of the mid-1990s, comic books also saw its own crash in 1993. Two distribution companies, bent on nationalizing business, started on a massive expansion in the ‘80s. In turn, comic book publishers put out more titles and drove up prices. Comic book shops popped up across the US like never before, snapping up increasingly larger orders, which eventually became overstock that retailers couldn’t sell.

[Editors’ Note: You may also like,  Show Me the Money! A Closer Look at Investing in Coins]

By the time all was said and done, Marvel filed for bankruptcy in 1996 (to be bought later by Disney), and 90% of comic shops shut their doors. This author remembers shops throughout her hometown of Los Angeles closing down, with only a few — generally those that catered more to comics distributed by alternative, small press operations  — staying open. Take Vincent Zurzolo, for example – a former comic book kid that worked his love of comics into two successful businesses, Metropolis Collectibles and Comic Connect. Aspirational is an understatement, but it certainly lends to the idea of comic books as a worthy investment.

An Alternative Investment Worth Enjoying on Its Own

“As a financial concern, comic book publishers are no longer in the publishing business: They’re curators of, and incubators for, extremely valuable intellectual property,” the Weekly Standard reported. “To comic-book collectors, that’s very good news.”

Gocompare.com’s Anders Nilsson emphasized that either way, making the leap into investing in comics as part of your portfolio should ultimately be based on your passion for the product, not for the returns.

“Just consider the fact that it’s not a guarantee that it’s going to go up in value. So buy them because you enjoy them,” Nilsson told Yahoo! Finance. “But if you have bought any, and they are in really good condition, seal them away tight and get some insurance for them.”

This is an updated version of an article originally published on December 1, 2017]