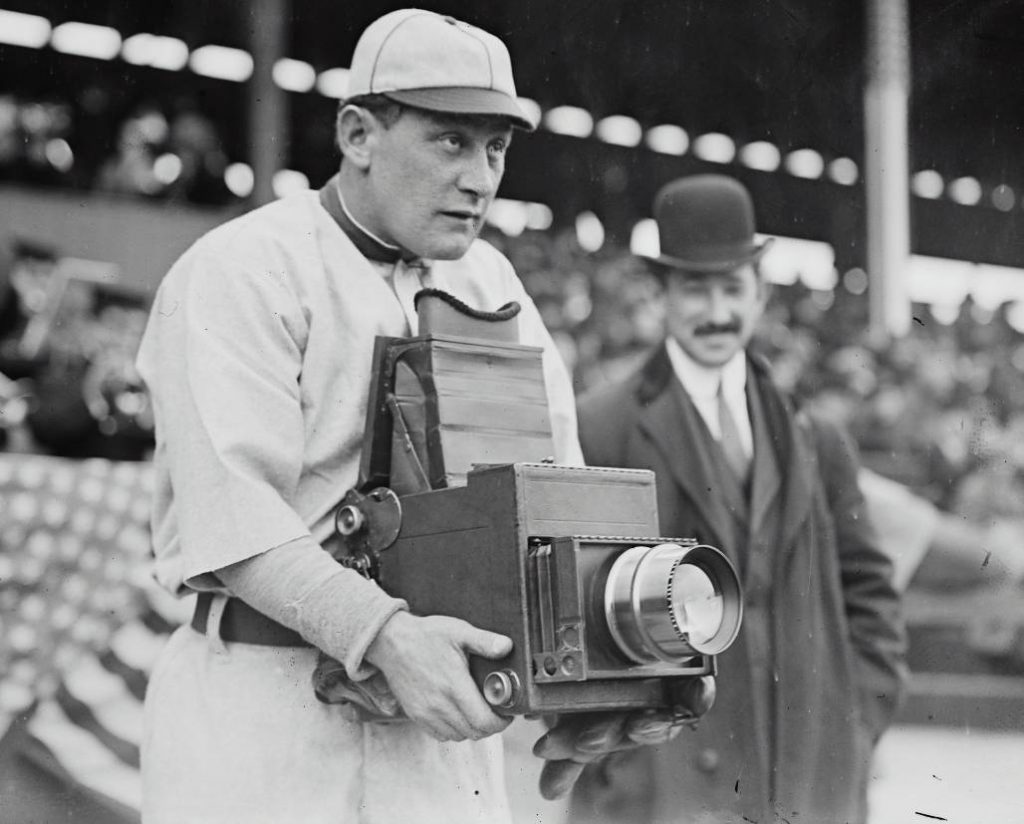 Can you imagine making a $20 investment in a case of baseball cards, watching a Livestream of someone else unwrapping each packet, and hoping your number comes up? “Breaking,” the term for collectively witnessing the opening of baseball card packs, is the post-modern method of baseball card investing. Though flimsy and cheap to produce, baseball cards have always been a fascinating collectible because, as noted in The Atlantic’s How Baseball Cards Got Weird, their only value lies in scarcity.

What was it about the humble baseball card that captured the attention of Americans who simply loved the thrill of the game?

The Library of Congress (LOC) tells the story of the first-ever sports card. 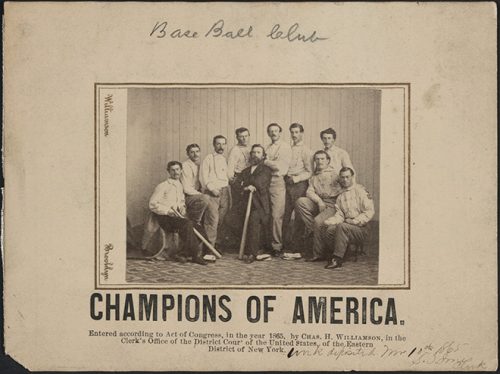 The Earliest Known Baseball Card: “Having won several city championships, the Brooklyn Atlantics dominated New York baseball in the early 1860s. The team’s carte de visite (a visiting card), produced in 1865, is considered the earliest extant dated “baseball card,” a souvenir handed out to fans and even to opposing teams. That year, the Atlantics expanded their range and accepted a challenge from the Tri-Mountain Club held on Boston Common. Some three thousand spectators watched the visitors sprint away with a 107–16 victory.”

Baseball card investments, called a “classic financial mania” by The Economist, swept many formerly casual baseball card enthusiasts into a legitimate and potentially lucrative collectors-level hunt for the next great card. The Economist sums it up best:

“Every now and then a particular craze sweeps across the swingsters. The allowance money chasing the suddenly hot trinkets grows. If the frenzy builds for long enough, it can attract much bigger fish: adults, yes, but also Wall Street itself. There is no better illustration of how the seductive power of the fast buck stretches from the schoolyard to high finance than the madness that swept the world of baseball cards in the 1980s and 1990s.”

While noting the history of collecting baseball cards is interesting, it is even more significant to note how this pastime grew into a big financial bubble that eventually burst.

Prices for baseball card investments increased dramatically throughout the 1980s and 1990s until, as The Economist explains, a string of events caused the bubble to burst in the mid-1990s:

Although prices have made somewhat of a comeback, many cards haven’t achieved the values they once possessed.

The Comeback of Collecting Baseball Cards

One of the outcomes of the COVID-19 pandemic appears to have been a renewed interest in card trading and collecting. In 2020, trading card sales increased by 142%. With more downtime at home, people spent time sorting through old cards they had stowed away and invested in new acquisitions. This upward trend and revived appeal might have begun with the pandemic, but it has continued. In 2022, eBay noted a “649% growth in sports trading cards like NBA and a 365% growth in collectible card[s].

The comeback of collecting baseball cards is also quite noticeable when looking at the top-selling cards of all time. In August 2021, a Honus Wagner card broke the record for a baseball card, coming in at a value of $6.6 million. But that record was smashed again on August 4, 2022, when, according to ESPN, collectibles marketplace Goldin announced that a T-206 Honus Wagner sold for $7.25 million.

That marks the fifth time this record was broken in the past six years; the Honus Wagner card broke the record in October 2016 as it was sold for $3.12 million, followed by a Mike Trout card that sold for $3.93 million in August 2020. The record was again broken in January 2021 by a Mickey Mantle card at $5.2 million, and finally, Honus Wagner reset the record for the highest-selling baseball card – twice. Michael Pruser of DoughRoller offers some heartening personal experiences and tips based on his card-collecting journey.

Despite losses following the baseball card bubble’s burst, Berger’s legacy of collectible baseball cards as a tangible asset with real value lives on in these nostalgic nontraditional investments.

Understanding the value of a card is vital, as is knowing what factors influence that. A collector needs to be certain that the cards they purchase are worth what they are paying.

The value of a card largely depends on its condition. PSA is one of the most reliable grading services for baseball cards and rates values on a 10-point scale. Cards rated 9-10 are in the best condition and hold more value than those ranked lower.

A Look at Other Hobby Investments

Not everyone is enthralled with collecting baseball cards. Those interested in how other hobbies and collectibles are valued can compare Beckett’s approach to that of Robert Overstreet. In 1970, he published the first edition of the Official Overstreet Comic Book Price Guide. His guide became and remains the Blue Book of comic book prices. When it comes to stamps, the wealthy still call themselves philatelists, though the overall stamp-collecting market is on a decline.

Similarly, those looking to score the latest Star Wars action figures as a future investment will find impressive prices on very few of the toys. A certain Ben Kenobi figure stands at $20K, but manufacturing licenses have been issued and reissued, making it tough to determine values. However, don’t despair. Other tangible assets certainly make nontraditional investments worthwhile and result in entertaining hobbies.

This is an updated version of an article originally published on February 28, 2020. It was updated by Maryan Pelland.]