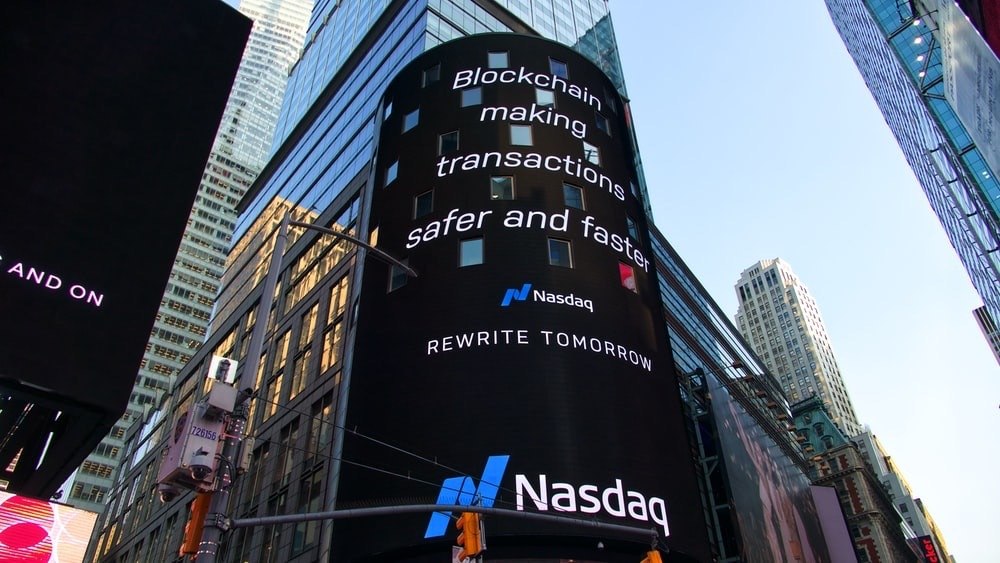 Blockchain Technology is Revolutionizing the Way We Invest, Borrow and Lend

From “Tokenized” Fixed-Income Securities to Streamlined Lending, Blockchain in Finance is Changing the Industry Forever

Technology is advancing at an extraordinary rate. Yet, the financial industry, which operates within a restrictive regulatory environment, has been resistant to adapt.

The limited adoption that has occurred must coexist with antiquated systems and protocols—remainders of a time when people had to move physical paper to complete a transaction. For example, banks trading whole loans still require a fax confirmation. A stock trade may take a fraction of a second, but clearing and settling that trade may lag significantly.

Technology has and will continue to disrupt what remains of these legacy systems and protocols. The creation of financial assets, recognition of ownership and transfer among counterparties define the capital markets, but blockchain technology is quickly changing the shape of each.

Indeed, the financial system is on the verge of epic change, spurred on by distributed ledger technology (DLT), such as blockchain. The emergence of blockchain in finance is disrupting and transforming the industry as we know it. Here’s how blockchain has been and will continue to revolutionize how we invest, borrow and lend.

What’s the Difference Between Blockchain and DLT?

Finance has been forever changed by blockchain and the DLT that supports it. But to understand how DLT and blockchain is changing the financial industry, it’s important to first understand those technologies.

DLT is a decentralized database across several locations or among multiple participants. Because it’s decentralized, it doesn’t require a central authority or intermediary to process, validate or authenticate transactions.

Blockchain technology is a type of DLT that’s designed to record transactions or digital interactions and bring transparency, efficiency and added security to businesses. Its time-stamped structure or “blocks” make it difficult to fake transactions, and blockchain, unlike DLT, is usually public, so anyone can participate. This means that users can access, validate and operate it in a more democratic fashion. Basically, blockchain technology helps create verifiable, auditable consensus around financial assets across ledgers, allowing asset value to be transferred at low cost, in real time.

Blockchain is revolutionizing the structure and operations of financial markets, especially those subject to highly bureaucratic processes with relatively poor intermediation. Improving efficiency in these operations is a constant challenge and an enormous opportunity.

Blockchain technology represents a breakthrough in finance, because it allows a large number of computers to keep and update identical records of information without referencing or relying upon a master copy of the data. It removes the need for inefficient intermediaries in financial services, and it allows transactions to be both anonymous and secure through the maintenance of a tamper-proof public ledger.

Transforming How We Invest

For example, traditional securities transactions can take up to three days to settle because everyone’s books—from the broker’s to the custodian bankers’—must be updated and reconciled. Oftentimes, transactions must be manually validated because there are so many parties involved, and each party charges a fee.

Because blockchain technology creates a decentralized database of unique digital assets, it allows for the possibility to transfer assets through cryptographic tokens. You may be familiar with cryptocurrency tokens, such as Bitcoin and Ethereum, which are purely digital assets. However blockchain companies are now working on “tokenizing” tangible assets like stocks, real estate or gold.

In the near future, we’ll see a tokenization of fixed-income securities in the same way Bitcoin was tokenized. This means that tokenized securities will basically eliminate the middleman in asset rights transfers. Cutting out intermediaries such as custodian banks will lower asset exchange fees. Additionally, tokenizing real-world assets like fixed-income securities will provide broader, global access to markets. It could also help to reduce the instability of the traditional securities market.

Transforming How We Lend

On the flip side, debt issuers who adapt blockchain technology will reap similar benefits with respect to the origination, structuring and credit functions of fixed income securities. For bond sales in particular, blockchain technology could allow for faster and cheaper automation, eliminating the need for manual bookkeeping.

For a prototype of how this might work, consider “Bond-i”—the first ever public blockchain bond, issued by the World Bank in 2018. The fixed-income securities were priced to yield at 2.25% and would mature after two years. Though just a prototype, Bond-i represents what automation of bond sales, at reduced costs, might look like.

On a broader scale, blockchain-enabled lending provides lenders with a more secure way of offering personal loans to more consumers. It can also make the loan process more efficient and cheaper than it currently is.

When consumers apply for a loan now, lenders must check the potential borrower’s credit score, debt-to-income ratio and home ownership status. Blockchain technology opens the door for consumers to apply for loans based on one global credit score, that’s based on a cryptographically secure, decentralized registry of historical payments.

One example of this is the company Bloom, which is aiming to bring credit scoring to the blockchain. It’s currently building a protocol for using blockchain technology to manage identity, risk and credit scoring.

Transforming How We Borrow

For many peer-to-peer lending platforms, implementing blockchain technology has offered borrowers a new way to quickly access funds. They don’t have to deal with the complex and costly process of borrowing from a bank. Blockchain technology connects borrowers and lenders from around the world, without the need for intermediaries. Additionally, smart contracts can help to facilitate the process, auto-generating the fixed interest rate, based on the borrower’s profile.

[Editor’s Note: Preview a clip from our expert-led webinar Blockchain and Smart Contracts to learn more about this topic.]

Blockchain technology also allows for distribution of new private debt issues, which will be brought to market on established exchanges. These exchanges will lean into the electronic future and innovative digital platforms. This also means we’ll see an adoption of a new form of token, representing private debt issues.

Consider SALT Lending, which lends cash using a blockchain. Users of SALT Lending can borrow money against any bitcoin, ether or blockchain asset as collateral. Loans are then approved based on the value of the collateral. SALT focuses on creating liquidity through loans around people’s existing crypto assets. To use the platform, a user must buy the platform’s cryptocurrency, SALT, which allows the user to take out loans.

Additionally, blockchain in finance provides both lenders and borrowers with a more secure transaction. It allows for computing and verifying events, authenticating identity and transferring funds to all happen simultaneously. This helps dramatically decrease the opportunity for fraud or alteration of records ex post facto. The protocols that convey information are cryptographically secure.

The Challenges of Blockchain Technology in Finance

In earlier transactions made via blockchain, anonymity was key, and the structure was focused on bilateral trades. Now, larger transactions involve multiple sellers, bidders, buyers and parties. These demand larger, more complex datasets than the simpler, earlier version of trades.

Transactions made via blockchain also trigger more stringent regulatory requirements, particularly around identity, anti-money laundering and exempt transaction compliance. Although tokenized assets are promising, regulation remains a big hurdle. Tokens remain an ambiguous term without much legal standing, and it’s not clear if ownership via blockchain is legally binding.

And in fixed-income securities, there are substantial and complex issues such as structuring, risk and performance that cannot be modeled effectively using blockchain technology or smart contracts operating alone. Because of these challenges, I think we’ll see the financial industry adopting a mix of on-chain and off-chain elements moving forwards. The series of events that occur—such as the structuring, legal and regulatory review of fixed-income securities—will be similar from a data perspective and recorded in a distributed ledger.

Blurring the Lines Between Public and Private Markets

For centuries, we have been living in a world split between public and private markets.The tokenization of fixed-income securities will fundamentally alter the way we look at markets.

For example, public markets are characterized by intermediating institutions such as clearinghouses. Private markets on the other hand are generally bilateral. Public markets have more regulation, though private markets are also constrained by a regime of rules and practices. Public offerings facilitate mass distribution, while private securities are sold more carefully.

This two-dimensional view of markets will not last in a world of blockchain technology and tokens that refer to underlying financial assets.

Given the efficiency, reliability and ease of use of “tokenization,” it promises private debt markets a larger, more liquid market and corresponding economic benefits. Ultimately, I envision a blurring of the pricing and liquidity differences between public and private debt marketing for institutions.

Blockchain in finance is here to stay. It’s changing how we invest, borrow and lend. And markets will never be the same.

[Editor’s Note: To learn more about this and related topics, you may want to attend the following webinars: Blockchain and Supply Chain, Blockchain Basics, Blockchain and Smart Contracts.This is an updated version of an article originally published on July 11, 2018.]

Richard Swart is a strategic advisor to CrowdSmart.io the world’s first collective intelligence powered engine that score startups and provides a highly accurate prediction of whether the startup will scale and grow.  He bounces between academia, think tanks and strategic positions with high growth startups.  He has lectured on five continents, advised dozens of organizations, banks, funds and governments, and is a globally recognized…

Previous Article Starbucks, Stocks and Smooth Jazz: What Kenny G Teaches Us About Long-Term Investments Next Article What is a Buy-Sell Agreement? Protecting Your Business in Event of Death, Disability, Divorce or Disagreement