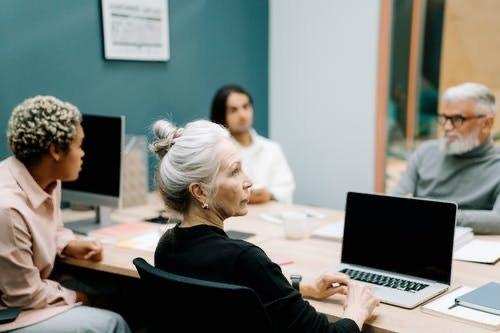 The Basics of the Board of Directors – Roles, Structures and Duties

What is the Role of the Board of Directors?

One of the first acts of a new corporation is to set up a board of directors (“board”).1 Note that while this article is written from the perspective of a corporation, the principles can also be applied in the context of a limited liability company that has elected to adopt a “board” or “board-like” structure, though the authority in such circumstances is based on the contractual terms of the company’s operating agreement rather than as a product of state statute.
A board is an elected group of individuals that represent shareholders (the owners of the company). The role of the board is to oversee the corporation through its mission to the shareholders. The board is a governing body that typically meets at regular intervals to set policies for corporate management and oversight. Certain key dynamics and responsibilities of boards are described below.

Role of the Board

In general, the board makes decisions as a fiduciary on behalf of shareholders (or the owner for private company boards) after being elected or appointed by the shareholders. As a fiduciary, the board has financial and other responsibilities to keep the corporation running efficiently so the shareholders don’t lose money (and, if they do their job well, hopefully make money).

The individuals who are selected to be on the board of a corporation have overall responsibility for the activities of the corporation, but they are not involved in day-to-day decision-making. Those daily decisions are made by the corporation’s executives and managers.

Issues and responsibilities that fall under a board’s control include:

The structure and powers of a board are determined by an organization’s bylaws. The bylaws establish the specific duties and rules of procedure for the board. However, it is also important to recognize that state law “fills the gaps” and may provide certain provisions that the bylaws must or cannot provide. Bylaws often set the number of board members, the manner in which the board is elected (e.g., by a shareholder vote at an annual meeting) and how often the board meets. While there is no legally required number of board members, most private company boards range in size from 1 to 11 members, often with an odd number of individuals to avoid ties in voting.

In a startup or small corporation, the board is often small (1-3 people) and is usually just in place as a legal formality since the shareholder(s) and the board member(s) are often one in the same. This dynamic quickly changes from a legal and operational perspective when the company has enough owners such that economic ownership and managerial control are no longer identical. In this context, the shareholders or a subset of shareholders may have appointed/elected individuals to the board who are directed to act on their behalf, but “their behalf” means all shareholders and not necessarily the majority shareholder or one that elected them. In addition, board members make decisions based on their own experience and viewpoints, which may not align with the beliefs of any particular shareholder.

For mature corporations, the typical size of a board is between 5-9 individuals, but may be larger if several committees (e.g., compensation, audit) are utilized. A mature board is usually a representation of both management and shareholder interests and includes both internal and external members.

An internal or inside director is a member who has the interest of major shareholders, officers and employees in mind, and whose experience within the company adds value. An insider director is not typically compensated for board activity as they are often already a C-level executive, major shareholder or another stakeholder, such as a union representative.

In contrast, independent or outside directors are not involved in the day-to-day inner workings of the company. These board members are reimbursed for costs and often receive additional compensation in the form of cash and/or equity for serving on the board.

Ideally, an outside director brings an objective, independent view to goal-setting and settling any company disputes. The most successful boards typically strike a balance of internal and external directors on a board.

When selecting independent or outside directors, most corporations seek expertise in a specific area that they might otherwise be lacking. These qualities may include:

A Note about Boards During Insolvency

The role and independence of the board expands even further when the company is insolvent or nearly so. While a detailed discussion of this issue is beyond the scope of this article, suffice it to say that generally the fiduciary duties of the board shift from representing the shareholders to preserving the company’s assets for the benefit of creditors. The shift in duties is an effort to protect creditors when a corporation enters the zone of insolvency, because the creditors replace the shareholders as residual claimants on a corporation’s cash flow.

Primary Duties of Board Members

As noted above, corporate board members have a fiduciary responsibility to care for the finances and legal requirements of the corporation. They must act in good faith and with a reasonable degree of care, and they must not have any conflicts of interest, meaning the interests of the company must take precedence over personal interests of individual board members.

Board members are responsible for setting the mission of the company and assuring that all actions are related to and align with that mission. The board can change the mission, but this should only occur after careful deliberation.

Corporate boards do not participate in day-to-day decision-making; instead, they set overall policy, based on the corporate mission and vision, and they exercise an oversight function, reviewing the actions of corporate officers and executives.

The board should hold meetings at least annually. At the annual meeting of the corporation, the board typically discusses overall company performance and may discuss the issuance of a dividend, oversee an election of corporate board members, elect or appoint officers and key executives, or amend the bylaws, if necessary.

Liability of Board Members

Many corporations include officer and director liability insurance in their insurance packages, but such insurance does not cover all acts (including willful misconduct), and directors may be held personally liable in certain instances. If a director or officer is found liable for a wrongful act, their personal assets may be used to pay damages to the plaintiff.

Advisory board tasks are usually project-based (e.g., what new product or service should the company develop, who are acquisition targets, what priorities should the company focus on for the next 12-18 months, etc.). Members should and often work with C-level executives on their projects and usually report directly to the fiduciary board.

It is important to note that sometimes corporations will simply utilize committees of the main fiduciary board for a function similar to the role of an advisory board. However, that often depends on the available time and expertise of the board members themselves. In addition, how formal an advisory board functions will vary greatly depending on the size, sophistication and personality of the company itself.

[Editor’s Note: To learn more about this and related topics, you may want to attend the following webinars: Board of Directors Boot Camp and The Role of the Board in a Private Company.]

Jeremy Waitzman advises his clients on significant transactions and operational issues in their businesses. Described by clients as “an essential business advisor” and “a partner in the success of my business,” Jeremy has substantial experience representing businesses of all types and sizes from inception, guiding them through significant growth, and often through ownership’s exit.  His…

Previous Article The Importance of an Integrated Financial System in Your Business Infrastructure Next Article How the Matal v. Tam Case Changed Trademark Law As We Know It