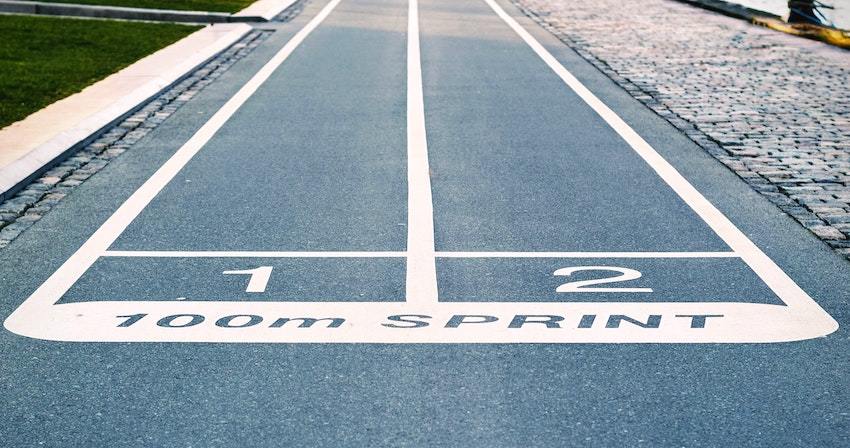 Is the Private Market Defeating the Public Market?

Investors (and Companies) are Finding More Value in Private Securities

Increasingly, the private market is where the action is. And accredited investors are in the best position to take advantage of it.The shift in focus from public to private has been ongoing. Value creation is occurring in the private markets that is no longer accessible in the public markets.

Various classes of investors have moved upstream. Hedge funds are investing in late-stage rounds, for example, and there has been an influx of angel investors at the seed stage. This is shifting value creation across the spectrum, so that in many cases seed financing is as large as late-stage financing used to be.

Because companies have access to vast amounts of money while still private, initial public offerings (IPOs) are being delayed. Between 2000 and 2012, the U.S. averaged just 177 IPOs per year, compared with an average of 311 a year from 1980 to 2000. While 134 companies went public in 2018—a significant increase from previous years—it’s still far below the nearly 700 IPOs that took place in 1996.

Even some large, well-known public companies, such as Dell, H.J. Heinz, Arby’s, Reader’s Digest, Mervyn’s, Levi Strauss & Co., and Jo-Ann Fabric and Craft Stores, have returned to private ownership. In 1997, 8,884 companies were listed on U.S. stock exchanges. By the end of 2013, that number had dropped to 5,008. That’s a nearly 44% decrease in the number of public companies.

What Caused the Shift?

When companies valued at more than $40 billion are still private, it says a great deal about public markets.

There are plenty of theories about why fewer companies are going public, but the general consensus is that a mix of factors is driving the trend, including the added cost and regulatory burden of going public. In addition, entrepreneurs often find the “public” in going public off-putting, as they need to account to shareholders continuously. Some of those shareholders may be activists with an agenda that differs from that of the company’s founders.

Consider, too, how much change has taken place since the beginning of the millennium. Regulations, such as the Sarbanes-Oxley Act, imposed new requirements on companies seeking to go public. Decimalization of stock prices, Reg FD and the global settlement, which led to analysts abandoning research of smaller companies, each may have played a role.

Former NASDAQ Vice Chair David Weild and co-author Edward Kim writes that the IPO slowdown is mainly due to “the cumulative effects of uncoordinated regulatory changes and inevitable technology advances … all of which stripped away the economic model that once supported investors and small cap companies with capital commitment, sales support and high-quality research.”

Meanwhile, rapid growth of private equity funds and other private funding sources gave many companies a better opportunity to raise money faster in private markets, with less expense and burden than public finance.

Whatever the reason, the consensus is that the IPO’s glory days have come and gone. That being the case, more wealth creation is taking place in private companies by default.

One advantage of investing in private companies is that there is tremendous upside potential. Not every company will be the next Facebook, but some private companies increase in value by more than one hundred-fold over the course of just a few years.

Identifying such companies can be difficult, of course, but the companies on the Unicorn List or in the Billion Dollar Startup Club are all examples of companies whose stock appreciated tremendously while they are still private.

There are plenty of examples among companies that are now public as well. Consider eBay, Twitter and Uber.

EBay went public in 1998, during the days when IPOs were at their hottest. In the two years between its Series A funding and its IPO, its value increased by a factor of 60. EBay’s stock has continued to enjoy strong growth, but not nearly as strong as the growth it experienced when it was private.

The increase in valuation for eBay when the company was still private is impressive, but Twitter experienced a far greater increase by a factor of more than 10. At the time of its Series B funding in 2007, Twitter was valued at $35 million. By the time the company went public six years later, its valuation had jumped to $24 billion, an incredible 657-fold increase in value.

Then there’s Uber, which was valued at $49 million at the time of its Series A funding in 2011.. Uber reached a nearly $80 billion valuation in the private market, but after its IPO in May of 2019, its disappointing valuation in the IPO market was a third less than what investors previously anticipated at just $82 billion.

Of course, some private companies fail. So do some public companies.

It would be foolish for accredited investors with little knowledge of private equity to invest everything in private stock, but, given the potential, some may want to include private equity in their asset allocation.

Investing in the Private Markets

It’s important to consider not only where you are going to invest, but how. Accredited investors have several choices.

How can you spot a winner? One strategy is to focus on late-stage pre-IPO companies. Companies that receive significant growth-stage funding typically have a good chance of either going public and having a successful IPO, or remaining private and obtaining even more funding.

Venture capitalists don’t usually throw money at companies that are likely to fail, although even the experts don’t have a perfect track record as three out of four venture capital-backed startups fail.

Ironically, many investors that are new to private equity investing are paying increasing attention to crowdfunding platforms, which may be the riskiest way to invest in private companies.

Crowdfunding platforms have proliferated recently. New regulations allow even non-accredited investors to invest through some platforms.

The very wealthy often invest in private companies the old-fashioned way, using private stockbrokers to negotiate transactions one-by-one between large shareholders and private equity institutions. The process is expensive and time-consuming, typically taking 90 to 120 days, a great deal of paperwork, and lawyers on both sides of the transaction, as well as for the company.

These transactions, largely secret and unreported, are believed to total tens of billions of dollars per year in the United States alone.

Many accredited investors invest in private equity funds, which invest in a variety of private equity opportunities. The fund manager’s fee may be high and, as an investor, you will have no say as to which companies are in the fund portfolio.

If you’re looking for the next Facebook – especially if you think you’ve found it – the best approach may be to use the secondary market. Employees who own private stock often monetize it using a secondary market, where investors may be able to purchase it.

The secondary market enables investors to invest in late-stage, pre-IPO companies, which have already shown an ability to raise money. It may provide the only opportunity to invest in private companies. .

Some secondary markets, such as NASDAQ Private Market, are open only to institutional investors. Others, such as Equidate, Inc., are open to accredited investors.

Research your secondary market options and make certain you have a good understanding of the process. What stock is available? What information is available about the company whose stock you’re considering purchasing? How long will the process take? Will you need to retain legal counsel? How are shares priced?

There are plenty of opportunities for investing in the private market. You’ll need to research them to find the option that’s best for you. Given the upside potential, it may be worth the effort.

[Editor’s Note: To learn more about this and related topics, you may want to attend the following webinars: Impact of the JOBS Act on the IPO Market and Advanced Investing Topics: Unicorns and Pre-Unicorn Scalable Private Company Propositions. This is an updated version of an article originally published on September 16, 2015.]

Sohail is the Founder & President of Forge (formerly Equidate), the stock market for private companies. He has an extensive background in product management, engineering, and business. As an eighteen-year-old, he was among the youngest founders to go through Y Combinator.

Previous Article Critical Tactics for Safeguarding Your Ideas and Intellectual Property Rights Next Article Protection from Investment Fraud: Who’s Got Your Back?