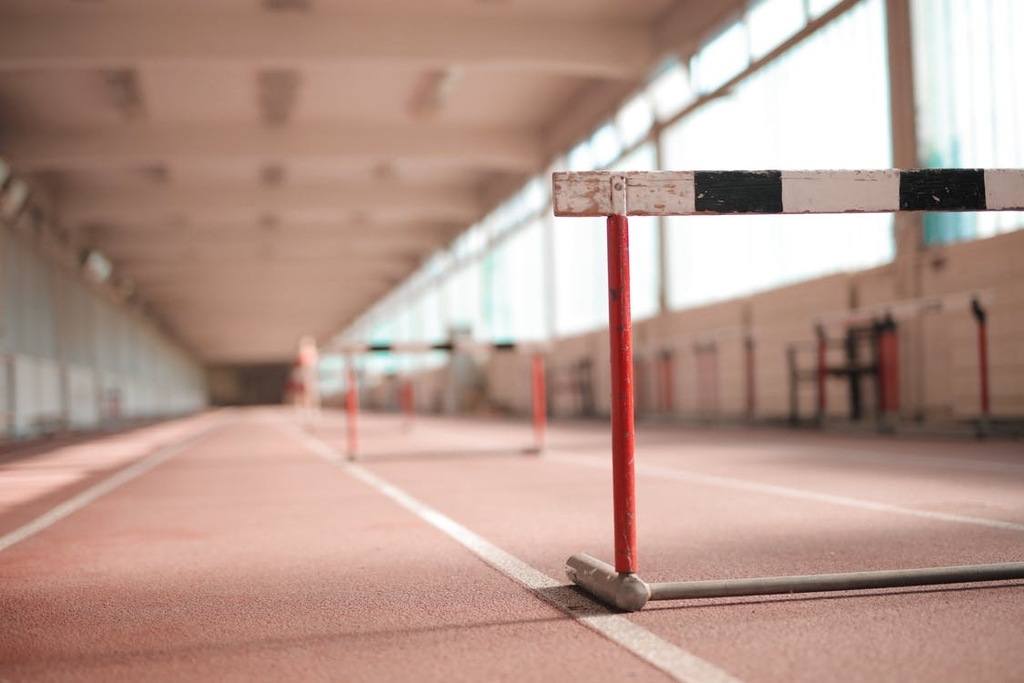 The Challenges Ahead for Private Equity Investing

The mindset in private equity (PE) investing doesn’t seem to have changed much since I first wrote about investing in PE funds for Financial Poise eight years ago.

According to Preqin, assets under management of private market funds (private equity, private debt and private real assets) have reached $9.1 trillion as of September 2020 and $4.9 trillion in PE (venture capital, growth capital, LBO and turnaround capital) alone. Including capital invested under the radar directly in private companies through co-investments and segregated accounts, we estimate the PE figure to have reached $5.5 to $6 trillion at the end of 2020.

Over the last 12 years, investors enjoyed attractive returns on PE investments. Record net distributions were reinvested and allocations to PE were increased to compensate for the low-yield environment. New commitments (“dry powder”) reached roughly $1.5 trillion, an all-time high, smashing the record $673 billion of 2008.

That said, the ratio between dry powder and amount actually invested fell from an average of 89% over 2000-2004 to 50% over 2016-2020. Some of this dry powder has been used to transfer assets from funds to funds (in secondary leveraged buyouts (LBOs), for example). Under this light, there is limited cause to alarm.

[Editors’ Note: What’s an LBO? An LBO is the acquisition of a company or business unit, typically in a mature industry, with a considerable amount of debt.]

However, this attractiveness creates increasing challenges for PE:

Too Much, Too Fast and Too Concentrated

Apollo collected $24.7 billion in 2018 and CVC $23.9 billion in 2020 for respectively the largest ever US and European LBO funds. Large investors collectively decided to concentrate their investments in a smaller number of funds. The aim is to gain better fund terms and reduce costs notably by somehow free-riding fund managers through co-investments.

First, by investing larger amounts in larger funds, investors force fund managers to focus on larger deals. Private markets are not scalable: fund and deal sizes are directly correlated. Because the number of new investment opportunities does not depend on the amount of capital available, an inflation of valuations in large and mega LBOs has occurred.

Though fund managers have historically shown a certain discipline in deploying capital, 12 years of abnormal market conditions have put pressure on them to collect more capital (or be ignored) and deploy it in a short amount of time. Their freedom, a condition to generate higher returns, has been significantly reduced. The consequences will be disappointing returns and possibly an increased number of bad deals.

To avoid this fate, fund managers have adapted. Many LBO funds have engaged in so-called ‘buy and build’: acquiring platform deals and then making add-on acquisitions. Smaller assets are less expensive in both absolute and relative terms and benefit in aggregate from a multiple expansion effect. The synergies are also converted into profits at exit.

Benign investment conditions have also lured investors into disintermediation (i.e., eliminating the middleman—in PE that’s the fund manager—in transactions). The clearest example of this can be found in startup investing. A long-standing myth is that there is not enough capital to fund them. As a result, financing channels such as equity crowdfunding and initial coin offerings (ICOs) have popped up, as seen in the graph below. 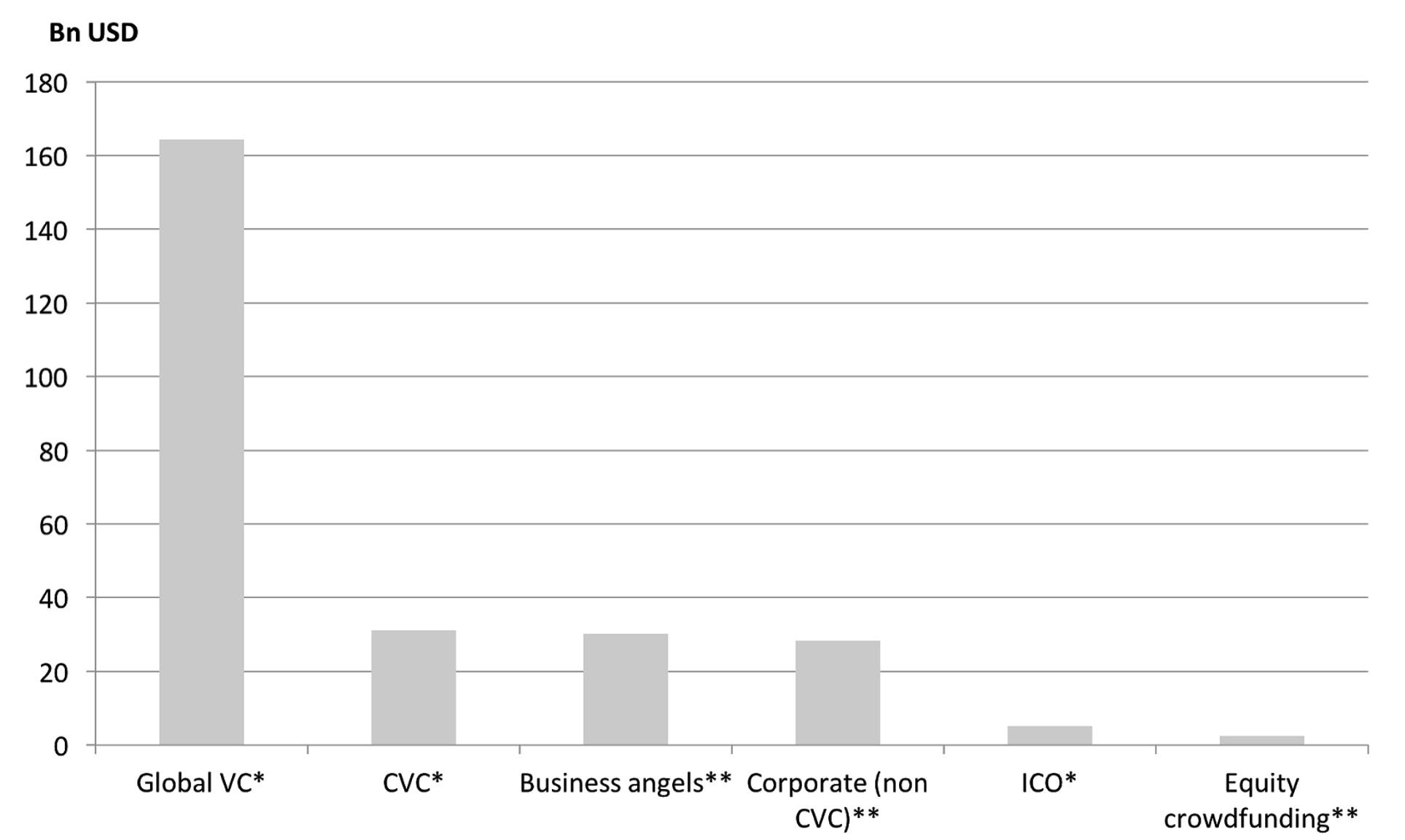 Startups have a 50% chance of survival during their first five years. The amount of capital invested does not change these odds. In fact, at the scale of industrial sectors, the contrary applies. The more capital is invested, the more competitive the environment for startups. This increases the chances of failure, because it takes longer to establish a viable business and recoup investments. Excessive venture investments in such markets lead to an immediate price war between startups, from which they might never recover.

Expertise provided by active investors, such as venture capitalists, is in short supply. It enhances the chances of success, but is not scalable. Disintermediation deprives startups from such input, while also degrading their market conditions.

According to a Wall Street Journal analysis, $2.4 trillion was raised privately in the US in 2017, while $2.1 trillion was raised in public markets. This drew public attention with mixed results. The SEC rightfully investigated broker-dealer rules infringement and hidden fees charged to investors. The EU crafted its ill-conceived AIFM Directive, soon to be further developed with AIFMD 2.

This regulatory pressure can only worsen if fund managers do not engage constructively and pragmatically with political and regulatory bodies at national and international levels. Managers command power on large swaths of developed economies, as illustrated by Softbank’s Vision fund, which raised a record-breaking size of $98.5 billion in 2018. They will suffer the backlash of preeminent failed operations, as in Toys ‘R Us.

They need to prove that they are a force for good in finance, act responsibly and pre-empt contentious debates by offering innovative, concrete and attractive solutions to political, regulatory and social representatives. ESG (environmental, social, governance) should not be an afterthought, at least in Europe, as the EU Taxonomy and SFDR regulations are now in place.

Managers have demonstrated an ability to adapt to new conditions. They need to rise and beyond simple lobbying and whitewashing. This is the price to pay for a thriving private equity sector.

[Editors’ Note: To learn more about this and related topics, you may want to attend the following webinars: Due Diligence Before Investing and Capital Raising. This is an updated version of an article originally published on May 23, 2018.]

Cyril Demaria specializes in private equity and combines practical and entrepreneurial experience with academic knowledge. He was Partner and Head of Private Markets at Wellershoff & Partners, where he provided independent research and advisory. Previously, he was Executive Director in charge of private markets research at the Chief Investment Office of UBS Wealth Management. Throughout…

Previous Article Long-Term Care Insurance: What You and Your Family Should Know Next Article Study: Private Company Board Compensation