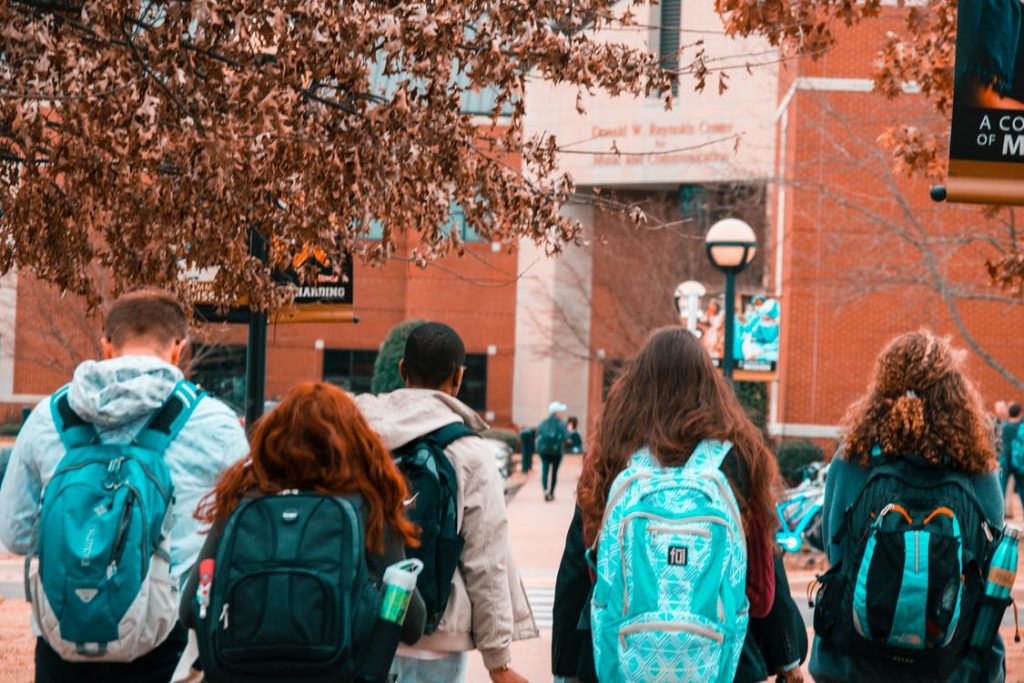 Maybe It’s Time for a Gap Year: Will Traditional College Be Worth the Cost in a Post-COVID World?

The Price of College Versus Emerging Alternatives

Last month, prestigious universities such as Harvard and MIT announced that their 2020-2021 academic year will be delivered online due to concerns of a second wave of COVID-19 in the Fall. The efficacy of online learning has become the focus of renewed debate as many other colleges and universities feel the pressure to bring students back to campus after room and board refunds hit colleges hard financially. But students (and parents) are asking, “Is the price of online college worth it? After all, Princeton is only giving students a 10% discount on tuition despite classes going online, and Harvard will give no discount at all.

It has been widely speculated that many colleges that are holding off on a decision to go 100% online were doing so with the intention of waiting until they had as many tuition checks in-hand. Whether or not, or to what degree, this is true, will be interesting to learn when that information comes out. And it inevitably will in the context of class action lawsuits and government investigations.

Many students and parents are feeling like suckers—paying full price and taking on student loans for an online education that won’t offer the features of in-person learning or campus social life.

Higher education was already undergoing a transformational period before the pandemic, with the skyrocketing costs of traditional college being weighed less and less favorably against online alternatives. It appears that COVID-19 is poised to accelerate this trend dramatically. Is traditional college for suckers? It may not be all the time, but it certainly is the time to look at alternative approaches.

Investing in College in a Post-COVID World

A recent New York Times article on college in a post-pandemic world makes an interesting point: Harvard and your local community college have more in common now than ever. Online education is an effective business model for two extremes: lower-tier schools that have always offered online courses…and Harvard. For mid-tier schools that rely on room and board money, switching to online courses could mean bankruptcy. Harvard and other Ivy League schools have the luxury of remaining online at full tuition costs due to their social pull. Students will pay for the prestige regardless of the changes.

Kevin Carey, director of the education policy program at New America, writes, “…In our topsy-turvy coronavirus world, online higher education has abruptly gone from down-market and sometimes disreputable to a privilege reserved for the elite few. In 2020, only the best and the brightest will be allowed to not go to college.” For millions of other students, if Carey is right, the price of college could also be paid with their health. I happen to think Carey is mistaken, and that in the coming weeks, a huge wave of colleges will announce they are going entirely virtual.

The Price of College in the U.S.

The average yearly price of tuition, fees, room and board for an American college student was $30,500 during the 2019-2020 academic year, according to EducationData.org. If you look only at private four-year schools, the average was $49,879. Student loans can amount to a huge debt load, not dissimilar to some home mortgages. Pretty ironic given that the one thing most college students don’t learn is basic money management.

College education for most people today is a means to good employment; it is a financial decision through and through. Sure, there are some people who can afford (or maybe they can’t) to major in “Fantasy Literature: Harry Potter” (Ohio State University) or “Zombies in Popular Media” (at both Columbia College Chicago and University of Baltimore), but most students select a major as a means to the end of getting a job that pays them money—hopefully enough money to pay off their student loans. (By the way, despite popular misconception, it is possible to discharge student debt in bankruptcy, but that’s a different discussion.)

But investing in college doesn’t guarantee success. Just ask the barista in the next Starbucks you go into (assuming you leave your home these days). Indeed, a student attending a poorly regarded college may very well earn less over the course of her career than if she had not attended college at all.

Over the past decade or so, a growing number of thought leaders have predicted the demise of higher education. Indeed, Nathan Harden prophesied in his groundbreaking 2012 piece for The American Interest magazine that:

“In fifty years, if not much sooner, half of the roughly 4,500 colleges and universities now operating in the United States will have ceased to exist. The technology driving this change is already at work, and nothing can stop it. The future looks like this: Access to college-level education will be free for everyone; the residential college campus will become largely obsolete; tens of thousands of professors will lose their jobs; the bachelor’s degree will become increasingly irrelevant; and ten years from now Harvard will enroll ten million students.”

The Imminent Collapse of the Private University

The real story of the American higher-education bubble has little to do with individual students and their debts or employment problems. The most important aspect of the college bubble story—the one we will soon be hearing much more about—concerns the impending financial collapse of numerous private colleges and universities, as well as the likely shrinkage of many public ones. And when that bubble bursts, it will end a system of higher education that, for all of its history, has been steeped in a culture of exclusivity. Then we will see the birth of something entirely new as we accept one central and unavoidable fact: the college classroom is about to go entirely virtual.

A recent Forbes article contrasts the relatively stagnant education system with the highly adaptable software industry. Author Vijay Gurbaxani explains that the move to online courses during the pandemic—with very mixed results—demonstrated a need to adapt to the digital environment and leave behind an outdated mode of learning. He proposes that universities act more like software businesses that “integrate external suppliers” rather than being closed systems. He cites platforms like Wikipedia and YouTube, which democratize content and open-source information to create deeper and more engaging curricula. Gurbaxani states:

“We’re missing the forest for the trees. The real challenge is that the value propositions of most universities have been deteriorating for years. Universities have become too expensive leading to crushing debt burdens for many. We’re not providing access to higher education at the necessary scale. The world has changed but universities haven’t adapted nearly enough.” Perhaps it’s time to look at the possibilities of emerging online education, and investing in education rather than investing in “college.”

The Rise of Online Education

Early versions of online courses appealed to students who could not easily maintain a regular schedule, or who needed more time to understand the material. Major universities were already beginning to introduce more blended, online courses into their regular programs as a tweak to their offerings before the pandemic. Although most saw these as an added benefit for their traditional students, rather than as tools to build completely new markets for nontraditional customers, that was the “before time.”

Alongside offerings by traditional colleges, a number of wholly different online platforms have been erected over the past decade or so. You’ve heard of MOOCs, right? If not, you are behind the times. Massive Open Online Courses (MOOCs), which are also referenced by Gurbaxani, are a cheaper alternative to traditional education. Sites like Khan Academy, CourseEra, edX and Class Central offer expert-led classes (as well as some classes hosted by universities) in every field, from computer science to humanities, in a cheaper and more flexible environment.

I think that over time we will see very large employers, or perhaps industry associations, partner with educational providers (maybe they will be universities, maybe they won’t be) to create curricula designed to teach students everything they need to know (but perhaps not a lot more) to be entry level employees in a given field. Combine that with some online personality testing, performed before the learning begins to make sure that the student has the inherent qualities to be a good employee, and what you get at the end is a student who graduates with both a diploma and a job.

If this sounds a little like vocational school to you, you’d be right. At the core of my view is that most post-secondary (i.e., college and university) education in the United States long ago stopped being about a classical education steeped in literature, poetry, drama, philosophy, history, art and languages and became for most, instead, about pre-professional education designed to get one ready for a specific career.

In any event, the cost will be so low, and the benefit to employers so high, that I expect we will see employers paying the tuition in the form of student loans that are forgiven after a few years of employment.

Excuse the attempt at humor (and nod to Prince Rogers Nelson), but I agree with Nathan Harden’s view of the inevitable future of post-secondary education in the United States: most high school graduates of the middle class will no longer go to live at a four-year college, because most will be out of business. The elite schools of today will continue, and many, many more people than today will be able to earn degrees bearing their names. Will some traditional colleges survive? Sure, and they will be attended in large measure by graduates of high schools such as Chapin, Collegiate, St. Anne’s, Phillips Exeter and Dalton. Get my drift?

Closing Thoughts: Is Traditional College Worth It?

The GI Bill, in my view, was the start of the college degree bubble. That bubble had already started to slowly deflate before COVID-19, largely because of: (a) the cost of tuition increasing roughly eight times faster than wages over the past couple of decades (more useful statistics at the National Center for Educational Statistics); and (b) the technological revolution that made online alternatives possible. COVID-19 may burst the bubble completely, but even if it doesn’t, times are a changin’.

If my kids were a little older, maybe I’d be brave enough to break the social contract and encourage them more strongly to consider alternatives to traditional college. I won’t do that, but if your kids are younger or if you don’t yet have kids, it may be a good option.

This is an updated version of an article originally published in January, 2015.

Previous Article 6 Ways to Manage Family Wealth and Create Your Family Legacy Next Article Seller Financing a Business: How to Strengthen Your Deal