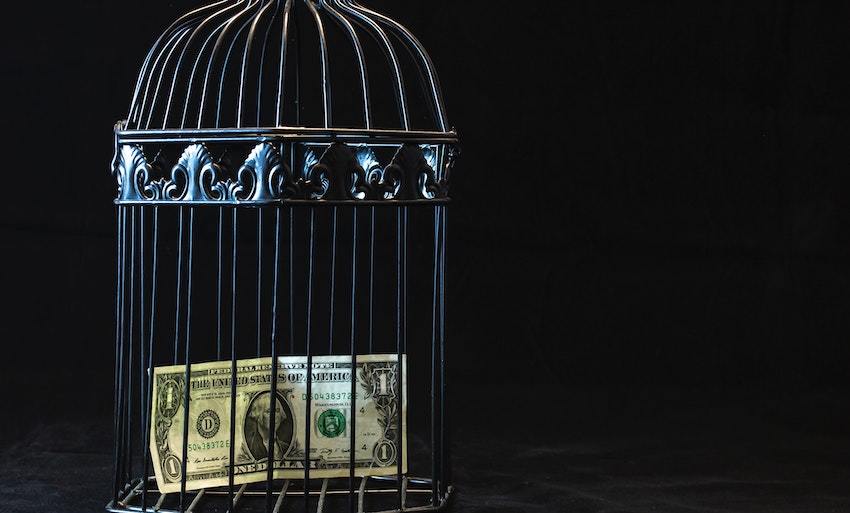 Can Seeking Help from the Lender Fix Distressed Companies’ Woes?

Turnaround Financing: How to Secure a Borrower

Recently, bad practices caused a client’s accounts receivable to get extended well past 90 days. In fact, the client had 20% of its receivables dated further back than 120 days. Company staff knew that much of that would prove to be uncollectible, but no one really knew the extent of the situation.

At the same time, it was discovered that the billing and collections processes also had numerous flaws, and cash was leaking in several places before accounts even hit the accounts receivable department. A short-term loan had bridged a prior cash shortage, but now the loan was coming due. If the business were going to stay afloat, they would need to explore the option of seeking help from the lender directly.

While the situation had been brewing for over a year, and management had been given several warnings, the CEO still failed to get ahead of the problems. Ownership and the board had lost confidence in the management team. The company was out of cash and out of time, so the board engaged an outside consultant to help save the company.

Distressed Companies Should Assess Damage Before Going to the Lender

The consultant quickly assessed the revenue forecast, collections process and cost structure, then revalued the receivables. He also noted three things that needed to happen quickly:

For most private and family businesses, as long as the business is somewhat profitable, and the bank and the IRS are happy, there is no external pressure to force change. However, running out of cash, having the bank enforce covenants or receiving a call from the IRS will always drive change.

Lenders want to know that they will be paid back on time and with enough cushion to provide a margin of safety. While I hear of differing approaches to seeking help from the lender directly, I personally subscribe to the theory that no one likes surprises, and bad news does not get better with age.

It is important to be upfront and direct with the bank. Don’t avoid the issue, but rather own it and solve it. That means distressed companies must show up with a plan that works for the bank, as well as a backup plan in case the facts change against their favor.

From a lender’s viewpoint, the most important judgment is the personal character of the borrower. Yes, you need to have collateral and meet covenants. After all, that creates good incentives and results in pain for non-performance. But, if the lender believes the borrower cares less about the lender than himself, then the bank is unlikely to provide a favor when the borrower really needs it.

In this case, the outside consultant recommended the following plan:

Next, the borrower needed to explain how the bank would get its money back, prove there was sufficient collateral, show a reasonable 13-week cash flow plan and make it easy for the bank to just say “Yes.”

The bank has no obligation to protect the owner’s interests. If the borrower does not bring a sound plan, along with a contingency plan, then the loan is likely to be moved to workout. The workout group exists to ensure that the bank recovers full value, not to fix the company. If you don’t give the bank a good turnaround plan that assures full recovery, then the workout group will. For this reason, borrowers are sometimes liquidated when the business could have been saved.

While never a pleasant situation to be in, companies can come out of workout stronger if they use the pain to shed extra costs, adopt good management practices and get competitive.

In the situation mentioned above, the story ends well.  In order to show good character, the owner stopped taking any compensation before seeking help from the lender.

The consultant presented a plan that showed how the bank would get all of its money returned while maintaining enough collateral to keep the loan in compliance. A good, 20-year-old business was saved, along with hundreds of jobs.

With the cost cuts, downsizing and reconfiguration completed ahead of the meeting, the bank just needed to see the numbers and confirm that the collateral was sufficient. In 24 hours, the borrower received the answer he needed to hear.

What about the backup plan in case the bank rejected the consultant’s recommendation? The consultant and owner located an investor who would inject capital on acceptable terms if failure was the only alternative. But they kept this fact to themselves during the negotiations!

When all was said and done, the bank extended the loans, because it was in its own best interest to do so, not because it wanted to be nice. By cooperating, the bank was more likely to get repaid in good order, without taking the risk or expense of workout. Remember, banks like to lend money, not run their client’s businesses. Seeking help from the lender should be considered as a viable option if distressed companies have the right plan in place.

[Editor’s Note: To learn more about this and related topics, you may want to attend the following webinars: Basic Concepts Applicable to All Borrowers & Lenders and A Distressed Company and its Secured Lender. This is an updated version of an article originally published on April 10, 2018.]

Hillary Hughes joined Prairie Capital Advisors in 2011 and is a shareholder in the firm. She provides strategic insights to assist business owners and boards of directors to address long-term ownership transaction goals. Hillary has been highly involved in the structuring and valuation related to employee stock ownership plans (ESOPs) on behalf of ESOP Trustees…

Bobby is a full-service litigator and trial lawyer who focuses his practice on private equity and mergers & acquisitions relate disputes. He has managed all aspects of the civil litigation process, including mediation, motion practice, managing complex discovery projects, taking and defending depositions, working alongside experts, preparing cases for trial and trying cases to verdict.…

Marco A. Gonzalez, Jr. is a seasoned legal professional with significant experience in complex civil litigation, labor and employment, compliance counselling, internal investigations, and white-collar defense. He counsels and defends clients in governmental enforcement matters from the Export Administration Regulations to the Foreign Corrupt Practices Act, ITAR, and trade sanctions enforced by the US Office…