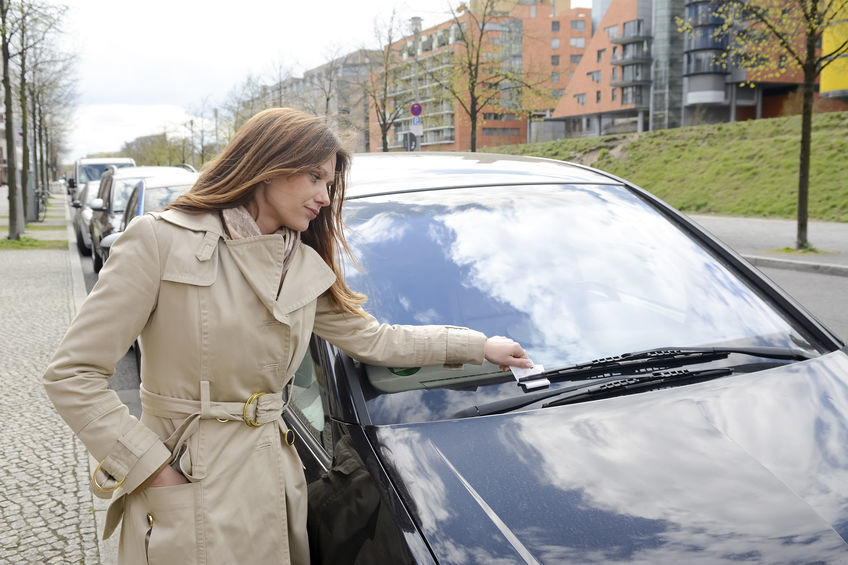 Stealing takes many forms. We all know the obvious ones like armed robbery, burglary and pickpocketing. Enlightened minds also recognize more subtle forms, like spending too much time on LinkedIn while on the job (ahem) or shoddy workmanship. But the most infuriating thefts are policy. Let me explain.

On a recent, two-day visit to Portland, Oregon—my only visit to Oregon in my life—a friend pressed me to take her car on Sunday morning for sightseeing. I immediately went to downtown Portland and found a parking space on a quiet corner near the museum. Being vigilant about parking legally, I carefully located the parking lines, asked a passerby if my space was legitimate (being so close to the corner), read the sign announcing the times for paid parking and paid my parking fee at the exact time required. I glanced at the ticket and saw something about displaying it inside the window, so I posted it between the seal and the glass of the driver’s side window and went about my business.

When I returned, I discovered a full-fee parking citation for the “crime” of putting my ticket in the wrong window. That’s right. Portland will fine you if you put the ticket on the driver’s side when you curb park. It has to be on the passenger side.

As I researched the rule and how I might get out of the fine, I discovered several things that make this citation look like a deliberate revenue generation scheme and downright unethical business practice:

To its credit, Portland finally overturned my parking citation seven months later. But the experience made me wonder how I could channel my frustration with Portland’s Orwellian bureaucracy into some relevant and useful business topic for a blog. I settled on real value creation versus rent-seeking behavior.

How a Portland Parking Ticket Relates to Rent-Seeking

The beauty of human endeavor as it relates to economics is that each of us has the chance to create things of real value through industry and creativity and to get rewarded through voluntary transactions that increase our and society’s overall wealth. This is a noble and even a divine calling. In an ideal world, businesses and governments would provide only what consumers needed or wanted and would garner revenues that were generally subject to market-based pricing related to their true economic value.

In economics, rent-seeking behavior is the act of using economic resources and one’s own power (typically at the expense of others) to obtain wealth without injecting resources back into society. Some businesses don’t seem to create sufficient value to attract revenue voluntarily and rely on tricks to squeeze it out of you. Notable rent-seeking examples include cell phone contracts, forced valet parking, the car wash that doesn’t reveal its exorbitant prices until you are trapped in the entrance (also in the Portland area). And some states’ laws (including Oregon’s) fine you for pumping your own gas because they have had to force-create low-skilled jobs —which you of course pay for in higher gas prices.

Besides seeking catharsis for an unpleasant experience, I hope with this post to warn others about parking in Portland, Oregon or in other cities that employ such traps. Always read all the fine print, even if it’s on a gum wrapper. Most importantly, I hope to remind people in business to strive to create products and services of real value that people actually want to pay you for. If you have to extort money out of your customers, then you are missing the mark and need to rethink your business strategy.

Make something I want. Price it competitively. Don’t play games that insult my intelligence. And I’ll pay you a fair price and not withhold what you have earned. We can all feel proud when we gain our wealth legitimately rather than through unethical business practices.

[Editor’s Note: To learn more about this and related topics, you may want to attend the following webinars: Hot Off the Press – Recent Cases & Decisions and Foreign Corrupt Practices Act Compliance.]

Previous Article 4 Steps All Companies Should Take to Protect Themselves from a 401(k) lawsuit  Next Article Using Free Cash Flow vs. EBITDA to Determine Return on Investment