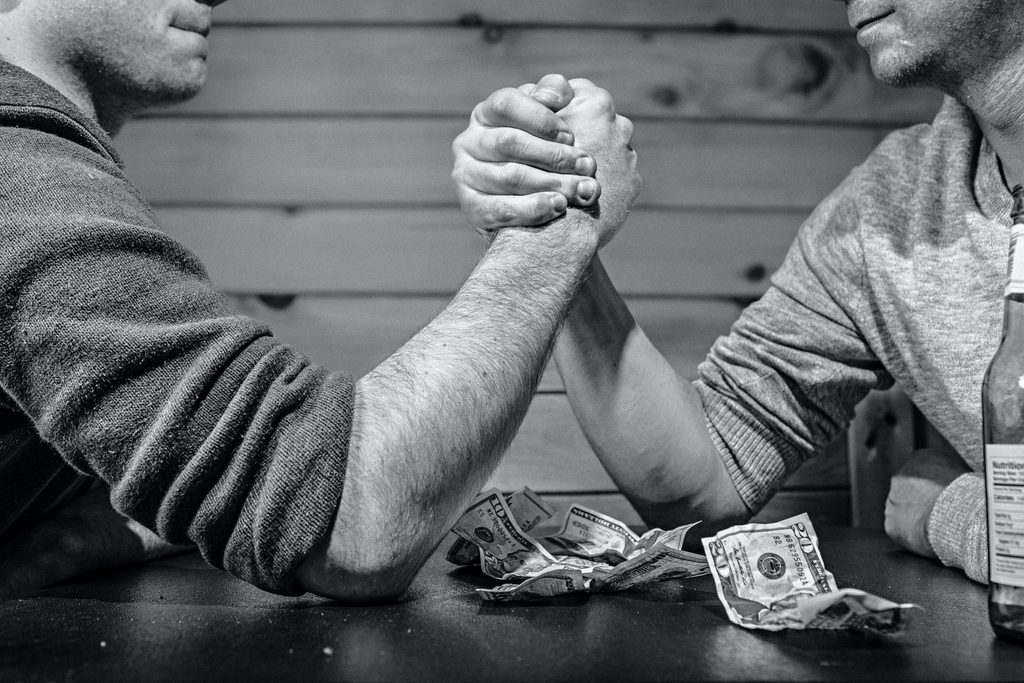 The notion of “fight, flight, or freeze” response is not limited to the observation of animals in the wild but, rather, can be observed in most businesses most any day. Bargaining and force are natural ways people deal with conflict. They are akin to the “fight, flight, or freeze” response that is hard-wired into each of us. When animals perceive a threat, their hormonal response takes over. Here is how it is demonstrated in the workplace:

So, while “fight, flight, or freeze” is our default, “development” is a different way forward.

Development means to identify deficiencies in experience, education, and other personal or professional attributes, and work to improve them to reduce conflict.

If the participants can grow and expand their thinking beyond instinct, it can create ways to resolve conflict other than fight, flight, or freeze.

There’s a commonly known idiom that says, “before you judge a man, walk a mile in his shoes.” As with all negotiations, you need to start by understanding the other person’s point of view to be fully informed.

When trying to mediate conflict, I try to quickly assess the root causes:

If development is a realistic option, I invest in that before employing other methods to resolve the conflict.

When trying to resolve conflicts between non-familial business partners, I focus on agreements, economics, and ego.

What did the parties already agree to, and are they abiding by their agreements? Is there a disagreement because the by-laws did not anticipate this type of situation? Or is one of the parties not doing what they had previously agreed to do because they don’t like it anymore? Or because it costs more than they thought it would?

These are facts, not opinions, and it is always best to set the facts straight at the beginning.

Step one is to get everyone back to what was agreed upon and try to enforce it. If the circumstances require the documents to be renegotiated, that may be a worthwhile option.

The second issue, economics, is important to understand before walking in to negotiate. Who gains and loses, and by how much? Does everyone understand the impact, or are their calculations faulty? How significant is the impact to the person taking the hit? What if they aren’t financially literate and don’t even know what to ask? This is where I will ask, “Is this the hill you want to die on?”

I don’t know that I have seen a conflict successfully resolved without comprehending the egos and personalities involved. The sparring parties typically know each other well. They know how to push their counterparties’ hot buttons to draw a reaction.

If both parties really want to get past the conflict, they will understand that any small satisfaction achieved by “getting” the other guy usually comes at a greater cost to their business and their personal interests. This point is more likely to get lost in family conflicts since there are so many layers of emotions, and very long histories, carried into every dispute.

Addressing Family Conflicts within a Business

Family conflicts tend to originate from insufficient communications and conflicts in values.

These conflicts are complicated in a family-owned business because not only may people disagree on business issues, but since the parties are family, they are likely unable to completely walk away from the situation. Even if they leave the business, they will be thinking about what is going to happen at Thanksgiving dinner.

For example, dads are often inclined to not discuss their emotions with their sons. At the same time, sons often seek approval and affirmation. Resentment and frustration may build. So rather than discussing the problems within their relationship, they may spar over business issues instead. But if they could resolve the father/son relationship, or at least establish distinctions between family matters and business matters, then it should be easier to deal with everything else.

Families that are successfully running a business together tend to have sufficient communication (which may still be far from ideal) and have consistent values.

Let’s enumerate the types of dynamics which suggest a conflict in values:

Values are easy to identify, typically challenging to discuss, and almost always hard to change without great incentives.

For this reason, try to focus on behaviors, not values, where it is possible. If you can negotiate behaviors to an acceptable level, so that you don’t have to try to change the person, it is more likely to come to an acceptable arrangement within the family. Mom may say “I can’t stop you from doing that, but if you are going to do it, don’t do it around here.” This is why they say: “What happens in Vegas, stays in Vegas.”