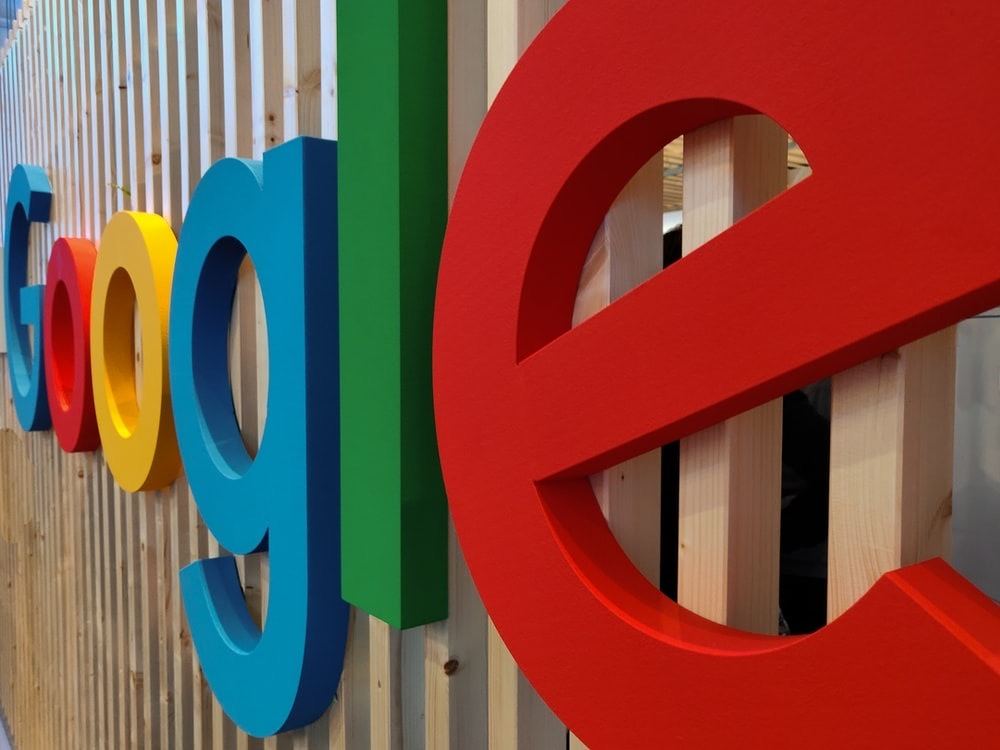 The Oracle v Google Saga: Copyrightability and Fair Use in Computer Programming

The Supreme Court Rules in Favor of Google. Here’s Why It’s Important to Copyright Law

An ongoing dispute regarding computer code, copyrightability and fair use between Oracle and Google has finally been resolved by the Supreme Court. The dispute began in 2005 after Google copied an estimated 11,500 lines of Oracle’s JAVA SE program’s API. Google had just acquired Android, and so the company used the API for its new software platform.

The Supreme Court ultimately ruled on April 5, 2021 in Google’s favor, stating: “Google’s copying of the Java SE API, which included only those lines of code that were needed to allow programmers to put their accrued talents to work in a new and transformative program, was a fair use of that material as a matter of law.”

The case between Oracle and Google was complicated and lengthy, involving copyright and patent claims, multiple trials, appellate decisions and finally resolution by the Supreme Court, which only occasionally hears intellectual property cases.

While Oracle and Google are both tech titans, and their dispute involved a claim in the billions of dollars, the result and the law made along the way will likely have a significant impact on copyright law, fair use, computer programming and technological advancements in general.

The Saga of Oracle and Google: How it All Started

Oracle sued Google in 2010, claiming copyright and patent infringement. The company alleged that Google infringed on its “Java APIs.” An API (Application Programming Interface) is an interface that allows computer programs to speak to, or to otherwise, work with each other.

When Google developed its Android system, it decided to use many of the Java APIs for programmers to use in writing their programs for Android. This was because programmers around the world were familiar with Java and introducing a completely new API created by Google would require that programmers learn the new API. So, there was no question that Oracle developed the APIs, and Google used many of them (37 to be exact). But the question the courts had wrestled with since Oracle filed the case was whether the Java APIs could be protected as Oracle’s intellectual property.

In the first trial in May 2012, a jury in the Northern District of California found that Google infringed Oracle’s copyrights, but the judge ruled that Oracle’s APIs were not subject to copyright. The reasoning? According to the ruling, to hold otherwise would allow Oracle to tie up a “utilitarian and functional set of symbols” that drive creativity. While the court found that the APIs in question incorporated aspects that were “creative” and “original,” including the structure, sequence and organization, it ruled that the APIs in question, including the structure and organization, were not protectible under copyright law as they constituted a “command structure for a system or method of operation.”

Oracle appealed to the Court of Appeals for the Federal Circuit which reversed by finding that the APIs in question were copyrightable. Google petitioned the Supreme Court, which declined to hear the case.

But the saga of Oracle and Google did not end there. There remained another round through the district court, appellate court and, finally, the Supreme Court.

[Editor’s Note: Dig deeper into the fair use doctrine with our one-hour webinar, Using Copyrighted Material Without Violating Copyright Law: The Fair Use Doctrine. Check out a short clip below.]

The Federal Circuit’s opinion left open the possibility that Google’s use of Oracle’s APIs constituted fair use.

Fair use though is not limited to these purposes. Indeed, over the years, courts have developed a variety of criteria of whether a use constitutes a “fair use.” These criteria include:

In a second trial in 2016 trial, a jury found that Google’s use of the Java API was, in fact, a fair use. This absolved Google of any infringement liability. Not surprisingly, Oracle appealed again to the Federal Circuit, which again ruled in Oracle’s favor.

Balancing the four factors, the court ruled in favor of Oracle, stating that “[w]e concluded that allowing Google to commercially exploit Oracle’s work will not advance the purposes of copyright in this case.” The result was copyright infringement liability by Google and a remand for another trial—this one to determine damages.

For those keeping score, Google was victorious at both trials while Oracle was victorious in both appeals. This high-profile case, which had drawn attention throughout its lengthy course now drew even more attention. There was of course the prospect of massive liability by Google. Then there was the larger question of how the Federal Circuit’s rulings would affect the software industry.

Google and its supporters argued the rulings would have a “devastating impact on the development of computer software” by removing the traditional “building-block approach” to software development. Meanwhile, Oracle and its supporters argued that the case made no new law, and software innovation continued to thrive, even in the years since the Federal Circuit’s first ruling for Oracle. Some seized on the argument that the Federal Circuit, created in 1982 to hear appeals in patent cases, was pro-intellectual property rights, and the result would have been different had the appeal been heard by the Ninth Circuit. (The Ninth Circuit would ordinarily have heard the case had Oracle’s original complaint not also included a claim for patent infringement.)

The Supreme Court’s Decision on Copyrightability and Fair Use

This time, the Supreme Court accepted Google’s petition for certiorari to review the Federal Circuit’s ruling. In addition to the required briefing by the parties the Court requested the Solicitor General to express the views of the United States in the case. Oral argument was heard in October 2020 and the Court’s opinion was delivered on April 5, 2021.

The Court addressed the two key questions in the long running case: were the interfaces at issue copyrightable, and if so, did Google’s use constitute a fair use?

Are the Interfaces Copyrightable?

The court found in Oracle’s favor here, but interestingly did not address the merits of the parties’ arguments. Instead, the Court sidestepped the issue by assuming that the code was copyrightable. This shortcut was driven by the Court’s stated desire to “not answer more than is necessary to resolve the parties’ dispute” given “the rapidly changing technological, economic, and business-related circumstances.”

Therefore, the real issue at hand was how Google used the material.

Was Google’s Copying a Fair Use?

Unlike the Federal Circuit the Supreme Court, in analyzing the four principal factors in a fair use analysis, found that Google’s copying did constitute a fair use under the Copyright Act. Justice Breyer, in writing for the 6-2 majority, first ruled that a fair use determination is a legal conclusion, in other words, a decision which the court must ultimately decide instead of a jury. This threshold ruling therefore required the Court to undertake a detailed analysis of whether Google’s copying of Oracle’s APIs constituted a fair use.

Purpose and Character of Use

On factor one, the purpose and character of the use, the Court found that “Google’s copying was transformative” in that it resulted in the creation of new products. This was akin, Justice Breyer wrote, in the way that “a parody can be transformative because it comments on the original or criticizes it. . . .” Factor one thus leaned in favor of Google.

Nature of the Copyrighted Work

On factor two, nature of the copyrighted work, the Court emphasized that the Oracle APIs were a “user interface,” which provided “a way through which users (here the programmers) can ‘manipulate and control’ task-performing computer programs ‘via a series of menu commands.’” While the Court assumed at the outset of its opinion that the APIs in question were copyrightable, here the Court found that Oracle’s APIs were not necessarily subject to the same level of protection as other copyrighted works. The Court concluded that “[i]n our view, . . . the declaring code is, if copyrightable at all, further than are most computer programs (such as the implementing code) from the core of copyright protection that Congress provided for computer programs. And it means that this factor, ‘the nature of the copyrighted work,’ points in the direction of fair use.”

Amount and Substantiality of Use

On factor three, amount and substantiality of the portion used, the Court found that Google copied a relatively small amount of the overall Oracle Java API, which constituted several million lines of code. What was also important here was that the copied portions of code were copied “not because of their creativity, their beauty, or even (in a sense) because of their purpose,” and that the copying was “tethered to a valid, and transformative purpose.” These findings the Court wrote, “weighs in favor of fair use.”

On factor four, market effects, the Court emphasized the differences between Google’s Android smartphone technology and Oracle’s Java platform, noting that “Android was not a market substitute for Java’s software.” The Court acknowledged that “Google’s copying helped Google make a vast amount of money from its Android platform” but downplayed this aspect by noting that Android’s success was attributable more to third parties’ (programmers) investment in learning Java than Oracle’s investment in creating the Java API. These aspects led to a conclusion that the market effects factor also weighed in favor of fair use.

The Court’s opinion represents a wholescale reversal of the Federal Circuit’s view of fair use as applied to the facts in the case. Where the Federal Circuit found that three of the four fair use factors favored Oracle, the Supreme Court found on the same facts that all four favored fair use by Google, resulting in no liability by Google for use of Oracle’s Java APIs.

What Does This Mean for Copyright Law and Technology?

This case highlights the long-standing tension between protecting software, which contains expressive content but is useful for its functionality, with copyright which protects expressive content, but historically for the artistic or other nature of the content, and not its functionality.  The Supreme Court acknowledged the general protectability of software under the Copyright Act but then ruled that the software code in question could be freely copied.

Supreme Court opinions are of course precedential and do not occur often, particularly in any given area of intellectual property. Consequently, lower courts and the industry will look regularly to this opinion for guidance, and when they do, there is plenty of opportunity for disagreements as to the scope and impact of the Court’s ruling.

Next are the more specific questions raised by the Court’s fair use analysis.

After eleven years of litigation, the Supreme Court finally brought an end to the Google v Oracle litigation. While there is no question that software continues to be protected by copyright law it is now clear that certain portions of software may be used without liability when the nature of the use meets the fair use standards set forth by the Court.

[Editor’s Note: To learn more about this and related topics, you may want to attend the following webinars: Nuts & Bolts of Copyrights and Copyrights, Patents, and Trademarks…Oh My! This is an updated version of an article originally published on May 8, 2018.]

Sanjay has practiced at the forefront of technology and intellectual property for over twenty years. He is experienced in all business and legal aspects of intellectual property from developing IP strategy for senior management to execution of the strategy, including patent portfolio development, deal development and negotiation and monetization. Sanjay has practiced in law firms…

Previous Article Surviving the Second Generation: Discussions You Need to Have Before Family Business Transitions Next Article The 15 Best Books for Beginner Investors