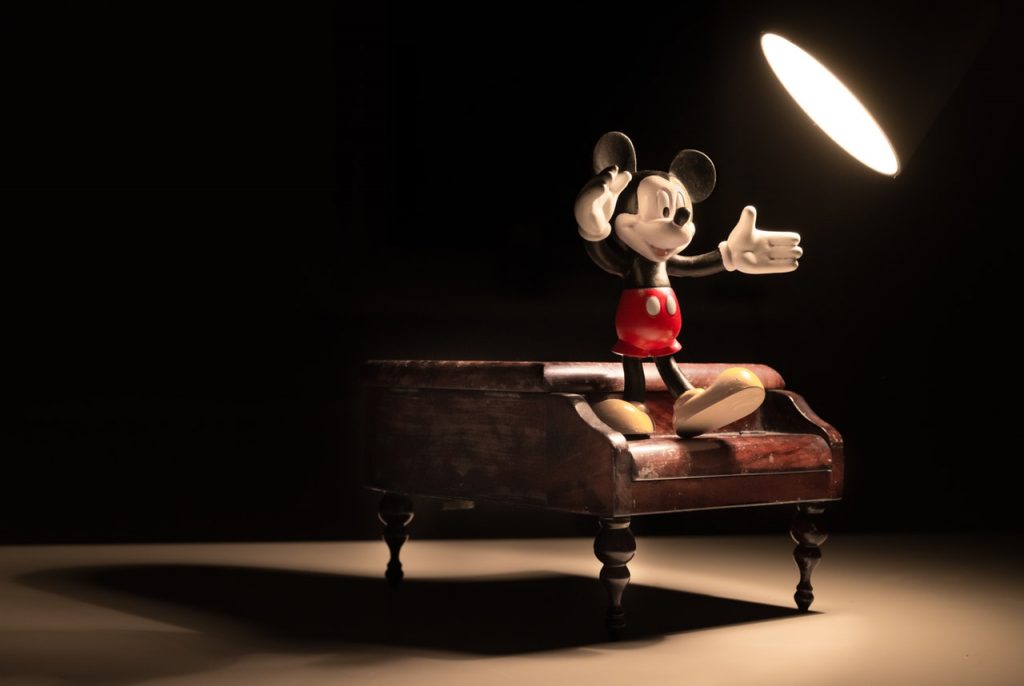 What is the Copyright Clause?

On January 1, 2024, the world’s favorite mouse will enter the public domain. The Walt Disney Company, one of the greatest challengers to copyright law, has fought since 1976 to keep “Steamboat Willie,” the first Mickey Mouse animation, from the hands of other artists and creators for a total of 95 years since the work’s 1928 release. It’s unclear whether Disney will try to extend these copyright terms again come 2024, but it is certain that the juggernaut changed the game for intellectual property rights.

Where Did Our Intellectual Property Rights Begin?

I bet you didn’t know that the United States Constitution has a copyright clause.

Yes, nestled between the now-famous Emoluments Clause and the rights bestowed on United States citizens, our founders contemplated the promotion of “useful arts and sciences” – the “arts” signifying authors and their written works (copyright), and the “sciences” signifying inventors and their discoveries (patents).

But, what precisely does the clause mean? What powers does it allow and/or limit?

Article I, Section 8, Clause 8 of the United States Constitution grants Congress the power “[t]o promote the progress of science and useful arts, by securing for limited times to authors and inventors the exclusive right to their respective writings and discoveries.”

Like most things, the Copyright Clause isn’t as clear as we’d like. Experts often refer to this clause as the patent and copyright clause, because “science and useful arts” refer only to patented and copyrighted creations.

Our Founding Fathers did not include trademarks or trade secrets within the Copyright Clause. Those areas of intellectual property grew and developed independently (trademarks involve the mark “in commerce,” so they fall under the purview of the Commerce Clause). This explains why patents and copyrights have time limits, which are unique among IP tools.

What Does the Copyright Clause Do?

The Copyright Clause of the Constitution provides the United States Congress with authority to grant authors and inventors exclusive right to their creative works of art and inventions. However, the goals of patents and copyrights differ slightly, so the term limits differ, too.

Let’s take a look at the evolution of copyright law, from 1790 to the current day.

Congress enacted the 1790 Patent Act, granting limited rights to inventors. That act (and the subsequent amendments and changes to the original framework) is codified in Title 35 of the United States Code.

Lawmakers designed those rules to encourage inventors to disclose their new technology to the world. New inventors would receive an incentive through a limited-time monopoly.

Currently, a limited-time monopoly means a 20-year period from the date of filing (the date the inventor or her attorney files the patent application). Of course, since “limited-time monopoly” is a relatively vague term, the actual life of a patent changed since the 1790 Patent Act.

Originally, patent terms were left to the Patent Board (consisting of the Secretary of State, Secretary of War and the Attorney General) to determine. However, monopoly grants could not exceed 14 years. Over the years, lawmakers amended the structure of the Patent Act to allow for greater uniformity.

The most recent change to the United States Patent laws came in 2012. That year, Congress passed the America Invents Act. The AIA did not change the length of a patent, but it did make several other significant changes to the framework of patent law.

Once the 20-year patent protection period ends, the invention enters the “public domain.” This allows anyone to use inventions previously protected by patents. Our Founders believed populating the public domain with inventions further promoted progress, because other inventors could use, learn from and improve upon the inventions.

Many notable patents in the “public domain” didn’t get there after their 20-year time ended, but rather were dedicated to the industry by their owner. For example, Elon Musk – founder of Tesla, SpaceX and billionaire entrepreneur – dedicated his patents that protected the electric vehicle technology of Tesla cars to the public domain to advance the science.

The 1790 Copyright Act granted limited rights to authors and artists. That act (and the subsequent amendments and changes to the original framework) is codified in Title 17 of the United States Code.

The Founders wanted to further the “encouragement of learning.” The original Copyright Act secured for authors the “sole right and liberty of printing, reprinting, publishing and vending” copies of their “maps, charts, and books” for 14 years. It included the right to renew for one additional 14-year term, should the copyright holder still be alive.

This limited monopoly is different from patent law. It is tied directly to the author, rather than to the invention (as with a patent). While registration is not necessarily required for a copyright (it technically attaches to newly created work), government-granted copyrights allow authors to profit off of their works (while living), as well as prevent anyone else from using their creation.

The length of a copyright has changed dramatically since the 1790 Copyright Act. Lawmakers found compelling the argument that authors should be able to continue to profit off their work, and they extended the time limit for copyrights.

Since 1976, Disney has effectively lobbied for extended terms and single-handedly changed copyright law in a way that has stopped authors and creators from building on popular ideas. And in 1998, a final act was passed.

The modern “limited monopoly” owes its structure, in part, to the “Sonny Bono Copyright Term Extension Act of 1998,” (popularly known as the “Mickey Mouse Protection Act”). For recently created works (after 1978), a copyright lasts for the lifetime of the author—and 70 years after the author’s death. Corporate works are protected under copyright law for 95 years from their original publication (or 120 years from creation, based on whichever expires first).

This means that the House of Mouse is safe until 2024. Once that magic date comes, just like a patent, the copyrighted work enters the public domain, in which anyone can use, publish, perform and create derivatives of the work. The copyright public domain helps foster further creativity and allows people to use the works in ways they otherwise were unable to when the work enjoyed copyright protection.

For a prime example of utilizing works in the public domain, consider Librivox, a non-profit company that provides audiobooks of legally reproducible, public-domain works. In recent years, a growing movement of authors and artists dedicate their works to the public domain to foster creativity.

The length of the exclusive “limited monopoly” changed several times since the signing of the Constitution and the Copyright Clause. However, no patent or copyright will last forever – no matter how many times Congress moves to extend those monopolies. Our Constitution contemplates a “limited time,” and until amended, the public domain will continue to grow and provide enterprising young inventors, authors and artists with inspiration.

[Editor’s Note: To learn more about this and related topics, you may want to attend the following webinars: Intellectual Property in an Hour, Using Copyrighted Material Without Violating Copyright Law: The Fair Use Doctrine and Nuts and Bolts of Trademarks. This is an updated version of an article originally published on March 28, 2017.]

Previous Article The ESG Investor and the Food Revolution: Embracing a Plant-Based Diet Next Article Cannabis Companies and the Marijuana Tax: It’s Not Easy Being Green