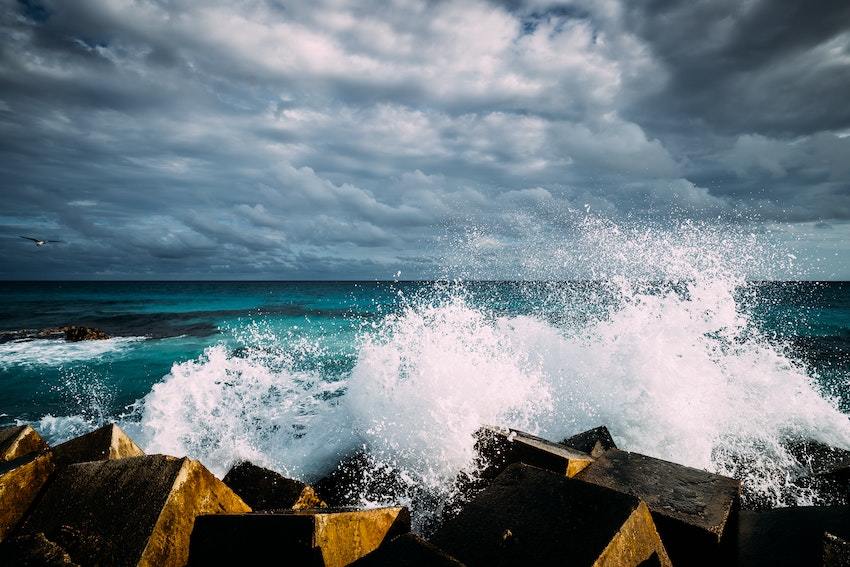 With recent stock market volatility and recession rumors, fear is bubbling under the surface for Americans, especially investors. On Tuesday, President Trump announced that his administration is looking at a possible payroll tax cut, despite denials of economic slowdown. A payroll tax cut is used to give Americans more disposable income and, ultimately, to stimulate the economy. Trump flip-flopped on the idea on Wednesday, insisting the economy is strong, but the very fact that stimulus is under consideration suggests trouble in paradise.

In the ten years since the 2009 recession, economic expansion has given way to a lengthy bull market. However, stock market volatility in both 2018 and 2019 has worried traders. What’s more, the Federal Reserve indicates that low long-term bond yields are a sign of a future recession.

In these times of institutional distress, investors can fall prey to reactionary attitudes, especially when stock market volatility threatens crisis. The key to demystifying the markets and avoiding fearfully motivated decisions is to put the recent movements into a friendlier historical framework.

While many investors understand the nature of stock market movements, it is still vital to contextualize these variations. For example, Feb. 5, 2018 saw the Dow fall 1,175 points in just one day, erasing its gains for the year in just 24 hours. And just this month, the Dow fell 800 points—the fourth worst drop of all time. When phrased like that, it is understandable to feel panicky.

The Dow Jones Industrial Average also plunged 767 points earlier this month in response to new rounds of trade hostilities between the United States and China. Media outlets and stock market gurus even predict a second wave of volatility after President Donald Trump announced 10% tariffs on China imports not already subject to trade duties, though he delayed them to push the pain back after the holiday season. This week, the Wall Street Journal opined that his best stimulus move would be to get rid of the tariffs.

So, what do you do when the fear of a major stock market correction looms? According to Neil Irwin, author and senior economics correspondent for the New York Times, you should look at the potential long-term performance:

“People who simply left their savings fully invested in the stock market in December 2007 have now made a 134% return on that money. Would you have done better than that, or would you have missed out on a big chunk of those gains out of the same caution that led you to pull money out of stocks to begin with?”

In fact, a down market allows you to buy shares when prices are low, which can spell out higher returns if you sell once the market bounces back.

As David Kass, professor of finance at the University of Maryland, tells the Washington Post, “The Dow Jones industrial average, if one goes back to its inception in 1896 and up to the present, has earned 5.6 percent per year on the capital gains of the stocks.” So, despite stock market volatility, historically, the stock market has still done better than most other investments. Selling in a downturn is the one sure way to lock in a loss.

For their part, 80% of entrepreneurs are confident their small business is well positioned to outlast another market downturn new data released by Kabbage, Inc. reveals.

Keep Calm and Carry On Amidst Stock Market Volatility

For anyone following the stock market over time, recent fluctuations are notable, but not disastrous. The Great Depression’s 86.2% nosedive in 1928 through mid-1932 was worse, and yet the economy still bounced back.

Keep that in mind the next time you see a sell-off. Don’t panic. Stay calm and level-headed. Remember that you invested for the long-haul – not just today, this week or this month. Let the fluctuations run their course for now. If you are in distress, call your financial advisor.

They can remind you of your long-term goals and review your entire portfolio strategy with you. If you are still alarmed, you can discuss strategies to minimize the stress of stock market volatility and inevitable oscillation, and perhaps adjust your allocations to less volatile sectors, such as bonds or savings accounts and CDs. Diversification is always a sound strategy for mitigating risk in a topsy-turvy market. It’s also smart to consider alternative options, such as gold or non-traded real estate investment trusts (REITs).

Weathering the storm is something investors are used to. The Dow Jones’ temper tantrums are nothing they cannot handle. Remember the context of the market drops. Understand why the movements are notable, but not the defining moment of the year, and move forward in a calm manner. Be the stalwart investor you know you are, and keep communication channels open with your financial advisor.

[Editor’s Note: To learn more about this and related topics, you may want to attend the following webinars: More About Stocks, Alpha, Beta & Stock Picking and All About Asset Allocation. This is an updated version of an article that originally appeared on March 20, 2018.]

View all articles by Rhonda »

90 Second Lesson: What is an Exchange Offer?