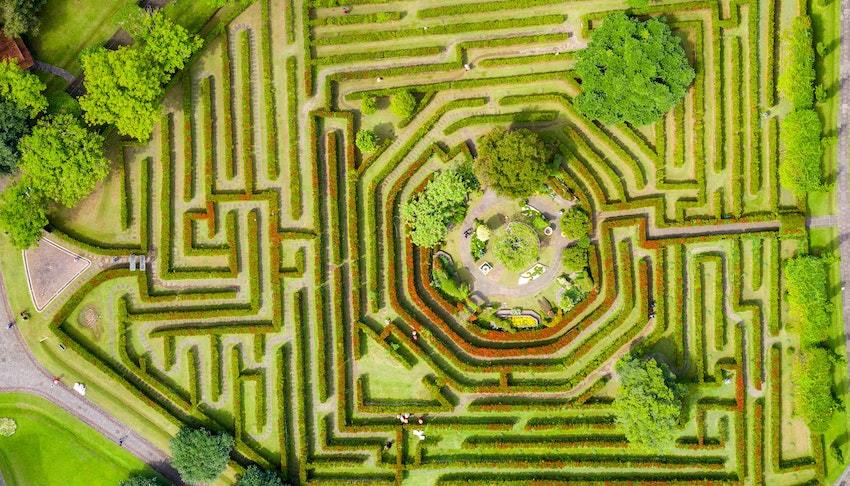 What is a Hedge Fund?

Current securities laws do not provide a precise definition of the term “hedge fund.” At the most fundamental level, a hedge fund is a private investment pool for wealthy, financially sophisticated investors. Hedge funds have been historically organized as partnerships, with the general partner (or managing member of an LLC) –the hedge fund manager – managing the fund’s portfolio and making investment decisions.

In concept, an investment in a hedge fund was originally intended to be a hedge against risk. However, at the same time, investing in a hedge fund is often considered a “high risk, high reward” approach to investing. Seems pretty contradictory, right? Let me explain.

Hedge fund managers typically seek either to manage risk or to achieve a specific range of performance—or both — regardless of market trends. They do this by using sophisticated strategies and techniques.

Many hedge funds employ an investment strategy that is specifically uncorrelated (though the level of correlation is always a matter of degree; that is, most asset classes have at least some correlation) with short-term market movements. This enables a fund to keep its capital fully invested, make money, and minimize volatility of returns whether the market booms, crashes, or flattens.

Other hedge funds are more aggressively growth-oriented, using sophisticated strategies to take advantage of diverse and, in some cases, event-driven, contrarian or ultra-short-term investment opportunities.

Here is a brief overview of significant moments in the history of hedge funds:

Fortune magazine reporter Alfred Winslow Jones became the “father” of the hedge fund industry when, in 1949, he committed $40,000 of his own money, raised an additional $60,000, and began investing in stocks for long-term holding while, at the same time, short selling other stocks. This innovation is now known as the classic long/short equities model.

Initially Jones’ hedge fund model was executed through a general partnership. Changes made in 1952 included the formation of limited partnerships and the establishment of a 20% compensation fee structure (based on profits) to incentivize the fund’s managing partner to enhance the fund’s performance. With these changes in place, together with the long/short equities model and the use of leverage, Jones etched his name into investment history as the father of the hedge fund.

The hedge approach was a major contender right out of the gate and out-performed mutual funds by 85% from 1962 to 1966, attracting the attention of high net worth individuals. By 1968, at least 140 hedge funds had sprung up in the U.S. Additionally, high profile money managers moved into the space because of the compensation structure.

The boom didn’t last, however, as hedge funds began moving away from Jones’ model and toward using long-term leverage methods rather than choosing stocks and hedging them against risk. As a result, many hedge funds had little protection against market fluctuations. The industry began seeing losses, particularly during the bear market of 1973-74, which led to many funds closing permanently.

Toward the end of that same decade, however, hedge funds began again to thrive, albeit quietly, as only a handful were still active. New firms did form, of course. One of the more well-known hedge funds, Tiger Management Group, was formed in 1980 by stock broker Julian Robertson. No one could touch him for stock-picking acumen. Robertson’s Midas touch grew Tiger to $7.2 billion by 1996 and led the hedge fund industry comeback.

However, Robertson’s play-it-safe approach kept him from investing in the technology boom of the 1990’s and consequently Tiger dwindled until the fund was finally closed in 2000. Ironically enough, the internet bubble (and additionally the equity bubble) burst in 2000, damaging many of the more aggressive firms that had outperformed Tiger.

The financial and housing crisis of 2008 came after the merger-and-acquisitions market had rebounded nicely in the years following the bursting of the internet bubble, though merger arbitrage (a strategy practiced by many hedge funds) has still not recovered. Hedge funds, today, have grown to be one of the largest segments of the investment management industry, with more than $1 trillion in assets under management. Yet, this could be just the beginning of something much larger, as investing in hedge funds has opened up to a wider range of investors.

According to Todd Lashway, managing director of Fairfield, Iowa-based Capital Management Partners Inc, “Potentially, one of the most significant changes in the hedge fund industry is occurring right now with the ability of hedge funds to publicly advertise. In the past, hedge funds were offered as private placements only. Now, the new SEC rules for the marketing of hedge funds are expected to lead to an even faster expansion of the industry.”

As noted above, the specific investment strategies employed by hedge funds vary greatly from one hedge fund to another. Common strategies include the following:

These strategies focus on companies that are or will be undergo a restructuring process or other corporate transition. This investment can include all types of securities and derivative securities. A 2009 survey by Greenwich Associates found that hedge funds made up 90% of trading volume in distressed debt.

This strategy focuses on comparing the financial statements of competing companies to assess a stock’s value relative to its peers.

This strategy focuses primarily on the overall economic and political situation in various countries.

Understanding your investment in hedge funds

The “market” (i.e. industry standard) of what investors can expect to pay hedge fund managers, just like private equity and venture capital, starts from a baseline employ a “2 and 20” fee structure. Some funds charge more or less, and some investors (i.e. very large ones) may pay less.

Warren Buffet has criticized the hedge fund industry for its high fees, arguing that high fees are the reason hedge funds don’t typically perform well against the market. Houman Shadab, Associate Professor of Law at New York Law School authored a paper called “Hedge Fund Governance,” in which he asserts that:

Since the financial crisis, concerns about hedge fund governance have focused on transparency, operational practices, and the growing view that fund directors do not effectively monitor fund managers… The areas in which hedge fund governance needs the most improvement are performance reporting (valuation) and the timing of performance-fee calculations.

Unfortunately, there is no real industry standard for defining how expenses are reported. However, investors can and should ask questions about where their money is going. Fees for regulatory compliance, fund management, legal issues, and other expenses should be within industry standards. Questionable fees should be questioned.

The Risks of Investing in Hedge Funds

Hedge funds have earned a grandiose reputation, thanks to the spectacular success of some funds and the tumescent wealth of some fund managers, together with the equally spectacular failures of some other (and even some of the same) hedge funds and the humiliations that followed. Some high-profile hedge funds grew so large in the 1990s that they could disrupt markets and even whole economies. The catastrophic failure of Long-Term Capital Management (LTCM) in 1997-98 nearly caused a global crisis. The opacity and relative freedom from regulation, plus “black box” investment strategies, enhanced the mystique of the hedge fund industry.

Summarized in plain English, the risks associated with hedge funds include:

Benefits and Rewards of Investing in Hedge Funds

Allocating a portion of your investment capital to hedge funds can be quite beneficial because of:

Is a Hedge Fund For You?

The answer to this question, of course, depends on your net worth, what’s in your portfolio already, your goals, risk profile, liquidity needs, and other factors. If you are considering such an investment, you may want to: (a) select a short list of funds that use investment strategies which are consistent with your portfolio needs, (b) conduct due diligence, and (c) before you select the fund to invest in, consider a fund of hedge funds to diversify the risk. Read more in The Potential of Hedge Fund Returns: Evaluating Risk and Reward.

Because strategies vary so much from hedge fund to hedge fund, how long your investment in hedge funds will remain tied up varies much more widely than in the VC or PE context. Reading (and understanding) the LPA (limited partnership agreement), which is always vital, will help you determine how long you should be prepared to tie up your money. Some hedge funds require very large minimum investments; $500,000 is not uncommon.

[Editors’ Note: You may be interested in the following webinars:

This is one in a series of articles dedicated to the 95% of people in the U.S. who have never invested in a startup, a venture capital fund, a private equity fund, or a hedge fund even though they are permitted to do so and even though doing so may make sense to achieve property diversification. While we encourage you to read this series in order, you certainly don’t need to. Each installment is designed so it can be read as a stand-alone article. Here they are in case you want to skip around:

Previous Article The Term Sheet: An Overview of Investor Rights and Controls in VC Investments Next Article Evaluating Online Hedge Fund Platforms: Not All are Created Equally