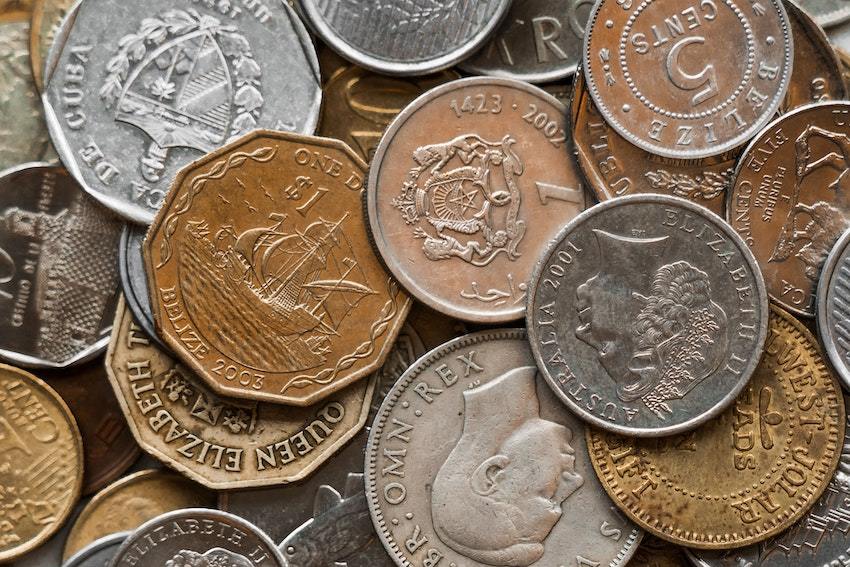 Show Me the Money! A Closer Look at Investing in Coins

Investing in Rare Coins is More than a Hobby

Having collectibles as an investment can be a great way to diversify your portfolio and cut down on risk. The general rule of thumb? Invest in what you love when it comes to collectibles, such as investing in coins. If your collection doesn’t realize a return, you still get to enjoy what you’ve gathered.

So, are you an investor or a collector?

The Benefit of Investing in Tangible Assets

Collectibles are fast becoming a popular investment vehicle for those who have lost trust in the public stock markets or are tired of fluctuations. Tangible Assets allow an investment to appreciate in value over time, which appeals to investors. They are also not necessarily exclusive to the uber-wealthy. However, personal interest in a tangible asset remains the number one reason people choose to invest in their collections. Rare coins are considered to be a commodity-like investment where sentimental value may exist, but coins are one tangible that can also produce attractive financial returns.

Expert Mark Ferguson tells CoinWeek, “As rare coin prices have risen over the generations, type coin collecting has become increasingly popular, especially as prices for scarce and rare dates within a series have climbed so high.”

The fact is, uncertainty is ever-present in the public and private markets. This uncertainty, coupled with recession and other economic ups and downs, calls for creative investment strategies. Tangible assets, also known as hard assets, present several options for investors who want to put money towards their personal interests.These may include income producing assets such as timberland, farmland and commodities of all kinds.

Note: There is a distinction between coins as bullion and coins as numismatics. Bullion has a higher ‘melt value’ (i.e., the value that the metal would be worth if melted down). Numismatic coins, because they are often much older and made of various metals and components, have a lower melt value. They’re worth less when melted than they are in coin form. The general rule is to, “buy bullion for business, numismatics for fun.”

Why is Investing in Rare Coins Still Popular?

People collect rare coins for the same reason people collect art, says Ilya Zlobin, ancient numismatic coin expert, dealer and enthusiast of TrustedCoins.com. “Rare coins, especially of the ancient Greeks and Romans capture the feel and the art of the time period [like] statues and architecture that have long been lost to history.” Also, says Zlobin, there is a very high upside resale potential, should investors make the right buy for the right price.

Once nicknamed “The Hobby of Kings,“ collecting coins has become an everyman’s game thanks to a rise in numismatic scholarship, education, access to information and a growing sophistication of the general public over the last 500 years For the average person, owning coins makes possessing a piece of history remarkably easy to access. For those with a special interest in antiquities, coins are in general more accessible than larger, tangible asset investments.

Does Your Rare Coin Make the Grade?

It is crucial that all coin investors to know their dealers. Investing in rare coins is as much an investment as putting money toward any asset class: Trust is key. As a purveyor of rare coins, Zlobin notes that the grading scale is subjective:

The overall appearance of a coin and its appeal to buyers and sellers alike are all highly subjective matters. Grading standards may vary. Well-known houses like Heritage Auctions provide some guidance, and the Professional Coin Grading Service, among others, can give a point of reference as well. Keep in mind that very fine distinctions between coins will make a big difference in their worth, even thousands of dollars’ worth of difference for the smallest distinction. Subjectivity is considered one of the risks in rare coin investing.

“With many dealers and collectors, the coin’s state of preservation and aesthetic beauty are of paramount importance. In other words a beautiful coin is more desirable, and also much rarer in that state of preservation,” says Zlobin. “There are other things that are important for ancient numismatic coins, too, such as centering, the artistic beauty of the strike and its sharpness. Ancient coins were struck by hand, so a coin in fantastic preservation that is nicely centered and of an interesting historical character, period or city would have higher value.”

Is Investing in Coins a Risky Business?

“Caveat emptor” says Zlobin. “Deal with people that provide a guarantee and a good track record with their coins [and] with people you know and trust. Always ask for the best possible price.”

Any investment has inherent risk, and coin collecting is no different. Are the risks any greater or less than investing anywhere else? Not if you invest in what you love, say collectors. “There are many reputable dealers out there,” says Zlobin “It is a very big advantage to deal with them, as many have knowledge and experience, and know that it’s just good business to sell only authentic coins.”

However, the Federal Trade Commission has issued warnings to help protect consumers from fraud. False claims about grading, current value and buy-back options are the most common ways investors lose money when collecting coins.

“Examine coins in person. It’s difficult, if not impossible, to make a practical decision about buying a particular coin based on a photo or a conversation with the seller,” advises the FTC. “Check out any coin dealers in a search engine online. Read about other people’s experiences. Try to communicate offline if possible to clarify any details. In addition, contact your state Attorney General and local consumer protection agency.” And always get a second opinion.

Zlobin’s risk advice to investors is:

In general, investors can expect rare coins to have an investment horizon similar to most other investments—one that will last for a few months to many years.

“I have seen ancient coins sold at one major auction house, to be sold just several months later and for more money at another auction house,” says Zlobin. “Yes, it is possible to make money rather quickly with intimate knowledge of the market [but] the money in ancient numismatic coins is made during the purchase of the item. A good rule of thumb is to always do your research and know that you can at least get what you paid for the coin back. With uncertainties about the valuations of all the global currencies, it is a good idea to hedge your net worth with this being a great avenue for storing wealth. Numismatic coins especially may carry a higher resale value than gold or silver bullion, as they are not as prone to those specific market fluctuations.”

There are professional numismatic reference sites, where investors can trace the price trends of coins going back many years and get an idea of how certain coins will fare on the resale market. Although any investment carries risk, and although almost all dealers of any investment will tell you that “past performance is not an indicator of future results,” investors can make informed decisions about their coins by looking at how the pros have traced them.

Many Others are Investing in Rare Coins, Should You?

Due to economic influence and a rise in the Numismatic Stock Index, rare coins have become a popular alternative for investors. As Richard Giedroyc tells Numismatic News, “The spot price of gold has increased more than 17% so far this year. Silver prices increased by six percent during July. These factors are prompting buyers to seek the physical metal including in the form of bullion and bullion impacted coins. Coin collecting is back on the upswing.” ”

So, who buys rare coins? For the most part, it’s anyone interested in owning a tangible piece of history. “For ancient numismatic coins specifically, the historical value is very important,” Zlobin says. “For example, a Julius Caesar coin sells in any market in practically any condition. Another well-known name would be Alexander the Great.”

Coin collecting is an investment almost anyone can make. For serious investors, coins are a tangible asset that will provide diversity in a portfolio and hedge against inflation as the value of rare coins is generally stable. “A lot of people don’t know this, but ancient coins are actually quite abundant,” according to Zlobin.

Many famous individuals are known or were known to be avid coin collectors, such as J.P. Morgan, the Hunt brothers, hockey great Wayne Gretzky, Buddy Ebsen (aka “Jed Clampett”), film director Penny Marshall and actress Nicole Kidman. It’s not uncommon for celebrities to collect tangible assets, such as rare coins or fine art, as a way of diversifying their investment portfolio.

“Coins, especially numismatic coins, are a beautiful asset to have,” says Zlobin. “Think about how tough it would be to fit a huge painting or a statue or another heavy work of art in your pocket, but an ancient coin can be placed in your pocket, yet be worth quite a lot of money. So you can say the reason why coins are so popular is that they are the original form of money and will always have some sort of value, whether intrinsic or numismatic, or both.”

Investing in coins, whether bullion or numismatic, can be both rewarding and profitable for collectors. At the same time, those rare, numismatic coins do not make up a large market, so collect first for fun before considering it an investment. If you believe that you have a truly rare coin (or coins) in your collection, then you may just have a valuable asset to add to your portfolio.

[Editor’s Note: To learn more about this and related topics, you may want to attend the following webinars: Basic Investment Principles 101 – From Asset Allocations to Zero Coupon Bonds 2019 and Goal Based Investing – Planning for Key Life Events 2019. This is an updated version of an article originally published on January 22, 2014.]