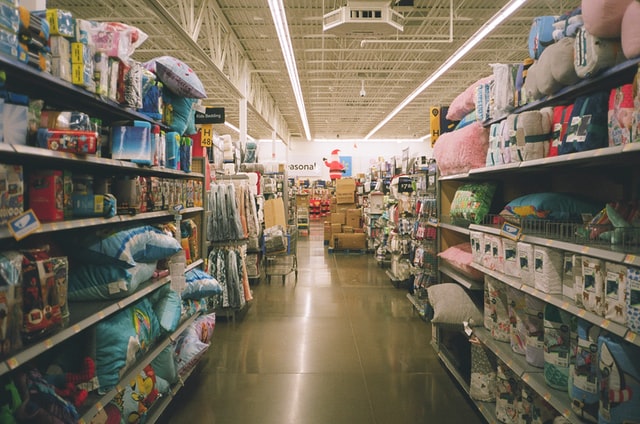 Walmart Earnings Are the Canary in the Coal Mine

Walmart has issues. Many things could be said about their treatment of employees, exploitation of labor overseas, and more. But for better or worse, it can easily be categorized as a bellwether stock.

A bellwether stock is one whose price movement is broadly considered to be indicative of the state of the economy. What distinguishes Walmart is that there has been a presumed inverse relationship between its performance and the economy writ large, with 2008 being the emphasized anchor for that deduction. Financial analyst Daniela Pylypczak-Wasylyszyn explains:

This multinational discount retailer has not always been considered a “bellwether” so to speak for the U.S. economy, but during the 2008 financial crisis, the retailer posted stellar results as more and more cash-strapped individuals turned to lower-priced discount stores. In some respects, analysts look at Wal-Mart as a key indicator for when the economy is taking a turn for the worse.

And then came yesterday. In the face of surging inflation, the giant discount retailer made an after-the-bell earnings expectation adjustment that sent things into a tizzy. CNN reports:

The company expects a slowdown on customer spending for general merchandise in the second half of the year, McMillon said.

Walmart is the largest retailer in the United States, and its move could prompt rivals to bring down prices in these areas.

While lower prices and markdowns are welcome news for shoppers, they mean lower profit for companies. Clothing and general merchandise are more profitable for Walmart than groceries and consumable items.

Walmart in its announcement Monday cut its profit outlook for the second quarter and the remainder of the year.

That same CNN report was titled “A Sign Inflation is Easing.”

Let’s be very clear: it’s not.

The rationale behind the presumed inverse relationship between Walmart stock prices and the broader economy hinges on the idea that people in dire straits are going to default to their cheapest option. In such a case, stores like Walmart should benefit from a declining economy. That’s why the CNN headline was perversely cheery. Walmart is down, so things are looking up!

But if you pay attention to the move in context, that wisdom doesn’t hold true. It’s not that inflation is easing. It’s that, because of inflation, not even Walmart can get a foothold right now.

Walmart is telling you the middle class consumer is tapped out.

The earnings are down because of required markdowns on excess stock of items like clothing. Americans are paying for things like groceries and gas. The rest is gravy. Even though a struggling economy might be pushing people towards the cheapest option, they still don’t have the money to spend on a new t-shirt.

What might be getting lost in the shuffle is the implication baked into the timing. It’s about to be August – aka back-to-school time. This, historically, has been a boom period for retail stocks – so much so that Deloitte, literally a week ago, predicted this season would see a 6% increase in expenditures.

And then Walmart laughed.

For Walmart to tell investors things are about to get rough during a back-to-school season in the middle of an inflationary run-up is the furthest thing from a good sign. It flips the conventional guidance about an inverse relationship between Walmart and the economy on its head.

That, in the end, is the bigger story. We’ve written in the past about how the current environment is not a direct parallel to 2008 – instead taking flavors from it in its own rather repugnant manifestation. Even so, do you know the last time assumed tried-and-true correlations got flipped on their head?

Previous Article No One Wants to Work Anymore… Not for You, At Least Next Article Investing Basics for Beginners Installment #5: Understanding the Players in the Stock Market “Game”