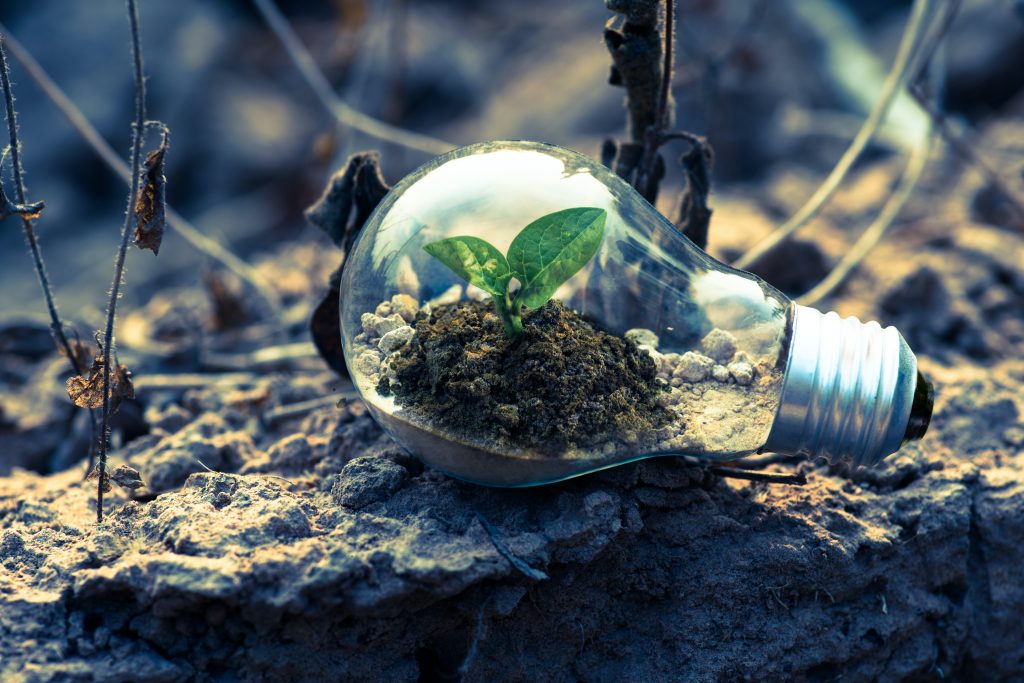 Can Regenerative Agriculture Fix the US Food System?

The Food and Land Use Coalition cites six principles

As a kid, I imagined the food on our table came from those amber waves of grain we drove by throughout the Midwest. It was naive to think those farmers were responsible for the produce we ate.

Not only do those crops not feed Midwesterners, but most don’t feed humans at all. What’s more, most US corn and soybeans would grow at a loss if not for government farm subsidies. Those subsidies are the reason independent farmers are disappearing to be replaced by corporate growers.

Large farming organizations all but abandoned traditional regenerative farming and crop rotation practices. Instead, they replace annual nutrients by pouring chemicals such as nitrogen and potassium onto their fields.

What’s Wrong With the US Agriculture Industry?

What some call conventional farming today is a bastardized version of farming that developed within the last 100 years. It relies on genetically modified (GM) seeds, now known as bioengineered, instead of using seed derived from harvested crops. This modern farming is characterized by the heavy use of chemical nutrients, pesticides, and herbicides. As a result, the agricultural industry produces chemical-laden crops, kills our soil, and contaminates our water supply.

For thousands of years, humans employed organic, regenerative agriculture practices that focused on healthy soils and growing a diversity of nutrient-rich crops. The switch to newer farming methods is damaging the environment and the whole US food system.

US Agriculture by the Numbers

Diving deeper into US agriculture, let’s focus on crops themselves. Per the 2021 USDA Crop Production Summary, US farmers (more corporate than independent) planted 358 million acres of farmland in 2021. By far the two most dominant US crops were corn (94.4 million acres planted, 26% of total planted acreage) and soybeans (87.2 million acres, 24% of the total). These two crops represent more than 50% of planted farmland in the US annually.

How much of those crops do humans consume? Maybe 30% and almost none of that is in pure, healthy, original form. Rather, it’s mainly sold as soybean oil, high fructose corn syrup (HFCS), corn meal, and other sweeteners.

Where do the rest of the crops go? Most feed livestock. Per the USDA Economic Research Service, livestock consumes 70% of soybean crops and 40% of corn crops.

Yes, but What About Food Crops?

If most US cropland feeds animals and cars, where do we get our vegetables? They come largely from California, Florida, and Mexico, according to the United States Department of Agriculture. California leads vegetable crop production, accounting for 40% of the vegetable acreage. Currently, 81% of carrots, 95% of broccoli, 95% of celery, 86% of cauliflower, and 71% of spinach grow in California.

The agricultural industry wasn’t always unbalanced. Certainly, some crops  – oranges, nuts and grapes, bananas – thrive in hotter climates, and grow best in places like California. A century ago, the Midwest grew carrots, broccoli, celery, cauliflower, and spinach. But not anymore. Food is expensive because we don’t produce as much as we once did.

The US. Government Changed Our Agriculture Industry

The greatest change to regenerative agriculture came with farm subsidies during the Great Depression. During that decade, US unemployment soared to 25% across all industries, including agriculture. People without jobs cannot afford any food, let alone fresh produce.

Politicians feared for the stability of the US food system. If enough farmers gave up their farms, the US could not feed its population. Consequently, the government passed three farm bills to stabilize farm profits and encourage farmers to stay. Politicians had to determine which crops to subsidize so they could effectively manage these subsidies. Ideally, they sought high-yield multi-use crops that farmers could store for long periods. Ultimately, the government chose corn and soybeans. Farmers can store dried corn and soybeans safely for many months. And as we have seen, both crops are widely used for food and other products.

The government succeeded and converted much of our farmland to corn and bean production. Consequently, entrepreneurs found innovative uses for the surplus.

These new products created a growing reliance on corn and soybeans. Still, the government supported huge surpluses of these crops each year, and prices plummeted, resulting in unprofitable farming.

Except for brief, weather-related spikes, corn prices bounced between $2 and $4 per bushel during most years since the 1970s. Most experts peg the break-even range for corn farming between $3 and $4 per bushel. In fact, Farmdocdaily.com suggests break-even is above $4. That’s hardly a success formula.

Consider the increasing costs of chemicals, herbicides, pesticides, and farming equipment, and you can see how farmers nearly became indentured servants to big agriculture conglomerates.

Increasing, consumers want organic food and non-bioengineered food products. The US organic food industry posted sales of over $57.5 billion in 2021, a 2% increase from the year before. That number has grown steadily for the past 20 years. Unfortunately, while organic demand booms, less than 1% of farms are certified organic.

A fair amount of our organic food comes from other countries because US farmers have been slow to buy into the process. People resist change and fear innovation. Organic demand won’t abate; eventually, farmers will see the light. And big ag companies may have to reconsider their methods.

But there is cause for optimism.

Every year, more groups of organic farmers re-adopt sustainable and regenerative agriculture practices. They plant and rotate diverse crops, and those rotating crops return particular nutrients and bacteria to the soil, maintaining a healthy balance. Sustainable growing doesn’t need chemicals because plants, like legumes, provide Nitrogen to the soil while other kinds of plants provide different vital nutrients. Large grocery chains and green-focused companies like Patagonia and Blue Apron are interested in the trend.

Farmers are learning that these regenerative crops command higher prices per acre – sometimes double corn’s price – and they require less fertilizer or other production materials.

Sustainable Agriculture Is Our Future

Informed consumers are changing the world. They want better-for-you food with cleaner ingredients and sustainable agricultural practices so they vote with their wallets at grocery chains and restaurants. Organizations like Regenorganic work to pass the message to all parts of this planet.

We imagine a world in which farmers, brands, policymakers, educators, researchers, and individuals come together to create a healthy food system that respects land, animals, empowers people, and restores communities and ecosystems through regenerative organic farming.

It will take time and experience for traditional consumer packaged food companies to get on board, but ultimately, they have to yield to consumer pressure.

Farmers and major agriculture conglomerates are beginning to understand that this trend will change demand for decades. As people tune back in to the needs of the Earth and put pressure on legislators, we may well return to our roots and to what our ancestors knew. Less is more.

This is an updated version of an article originally published on June 12, 2017. It was recently edited by Kateri Halbleib.]