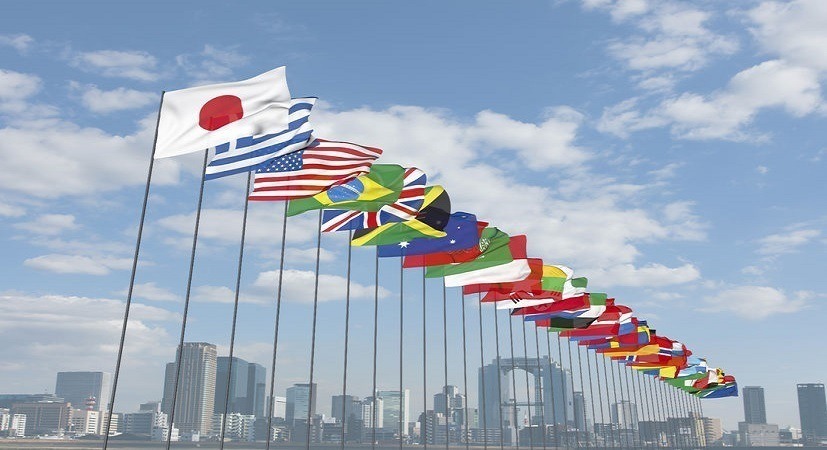 Take a look at The Fortune Unicorn List: Of the top 100 most valuable unicorns in 2016, 39 are currently based outside of the United States. Fundraising of U.S. VCs has dropped slowly as a percentage of global limited partner allocations over the last decade. However, non-US startups are receiving a rapidly increasing percentage of that money from international venture capital. 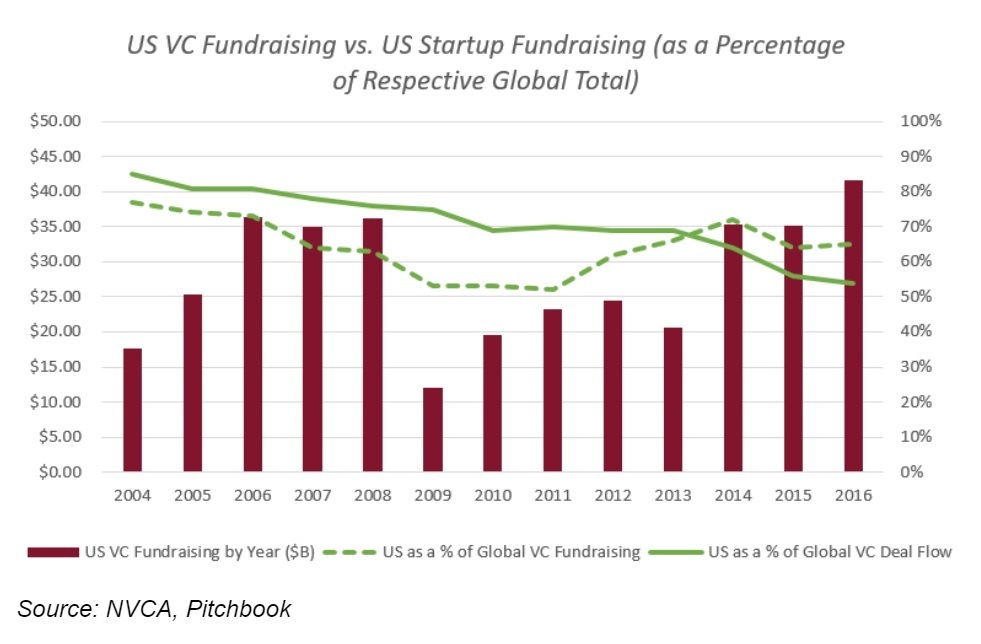 According to the NVCA 2017 Yearbook, in 2004, 77% of international venture capital fundraising went to U.S. VCs, and 85% of international venture capital dollars went to U.S. startups. By 2016, U.S. VCs’ share of the pool had dropped 1,200 basis points to 65% of global VC allocation. But only 54% of total VC investments went to the U.S., a drop of 3,100 basis points. This implies that the United States is still the center (barely) of the VC industry, even while there is far more opportunity for U.S.-based VCs to invest abroad.

1. Companies founded overseas – These achieve a product/market fit while based abroad, and then sometimes gradually move key business functions to the U.S. and Western European tech hubs. Once investors put money into these companies, many can then be moved to become more U.S.-centric, including sometimes changing their legal status to that of a U.S Delaware C corporation.

Once investors put money into these companies, many can then be moved to become more U.S.-centric.

2. Bi-national companies – These companies have an international presence from the start. Engineering, QA, and support are typically offshore, while CEO, sales, and marketing are based in the U.S.

3. Companies founded by immigrants – According to a report by the National Venture Capital Association, 1/3 of all venture-backed publicly traded companies between 2006 and 2012 had at least one foreign-born entrepreneur. An immigrant or child of an immigrant has founded more than 40% of the Fortune 500 companies. These are often 100% U.S.-based at inception, but they are more likely both to open an office abroad and to sell abroad than a company without an immigrant founder.

In August 2016, the United States Citizenship and Immigration Services proposed new rules for international entrepreneurs in an attempt to create a “Startup Visa” similar to Canada’s program. Along the same lines, the U.S. State and Commerce Department launched a digital attachés initiative to connect international venture capital opportunities for U.S. startups. (Unfortunately, delays plaguing the International Entrepreneurs Rule have encouraged entrepreneurs, who might have otherwise created jobs in the United States, to take their talents to other countries, e.g., like Canada.)

You may also like, “Understanding Venture Capital and Investment Returns”

Canada is a case study of a mutually-beneficial relationship between the U.S. and the Canadian tech ecosystems. The Canadians have figured out, as have the Israelis, that there is a limit on how many high-value tech companies they can build headquartered in their home country. As a result, the Canadian government created the Canadian Technology Accelerator Initiative. This initiative accelerates international venture capital opportunities for high growth, export-ready Canadian companies in Information and Communications Technology, Sustainable Technologies, and Life Sciences.

As of 2017, 421 companies have passed through the program in six U.S. markets: New York, Philadelphia, Boston, Denver, San Francisco and Silicon Valley. It may sound peculiar that the Canadian government is helping Canadian companies come to the U.S., but the logic is simple: they’ll likely have to open a U.S. office anyway to become major companies, and if they do so it will create jobs back in Canada. Enterprise Ireland is another example.

European startups have also been moving across the pond seeking better funding, more appealing exit opportunities, and a larger, unified market. The Startup European Partnership, an open innovation platform organized by the Mind the Bridge Foundation, found that 1 in 7 of all European startups valued at more than $1 million move their headquarters internationally (with the vast majority of those heading to the United States).

These “Dual Companies” (companies that often keep operational presence in their home countries) raise 30% more funding than purely domestic startups. While the single largest group of Dual Companies chooses to relocate to Silicon Valley (42% of all relocators), New York is close behind (22%) and proportionally raises more capital for its share of international relocators (raising 26% of all capital allocated to startups relocated from Europe).

1 in 7 of all European startups valued over $1 million move their headquarters internationally (most to the U.S.)

When VC’s invest abroad, they are typically collaborating closely with local, non-U.S. VCs who are investing in their own backyards. Most VCs will not invest in an international startup unless and until the startup raise local money. Fortunately, virtually all of the local VCs want to co-invest with reputable U.S. VCs.

You may also like, “Exploring Risk-Reward Tradeoffs in Venture Capital Investment Opportunities”

There are four main reasons why U.S. investors invest in an international company over one based exclusively in the United States:

Olivier Mougenot, investment director of NUMA Paris, points out that once the core tech team is based offshore, it’s easy to build out the larger team over time in that same location. The team building is typically at materially lower costs and with lower attrition.

For numerous entrepreneurs who are not U.S. citizens, their ability to live and work in the United States is dependent on their job. They burnt their ships behind them.

Being an international founder is a significant advantage if you’re looking to sell abroad. For example, Regalii, a bill tracking and payment company backed by HOF Capital, was founded by an immigrant from Santo Domingo. The company has scaled to serve dozens of financial institutions, primarily in the U.S. and Latin America.

The hope for U.S. venture capital investments is that the federal government will continue to be open to talented immigrants as it has historically always been, despite anti-immigrant rhetoric. As immigrants and others with international ties arrive, investors will be waiting with open checkbook.

Published on June 17, 2020 • By Reprinted by permission from The Turnaround Letter
Advertisements