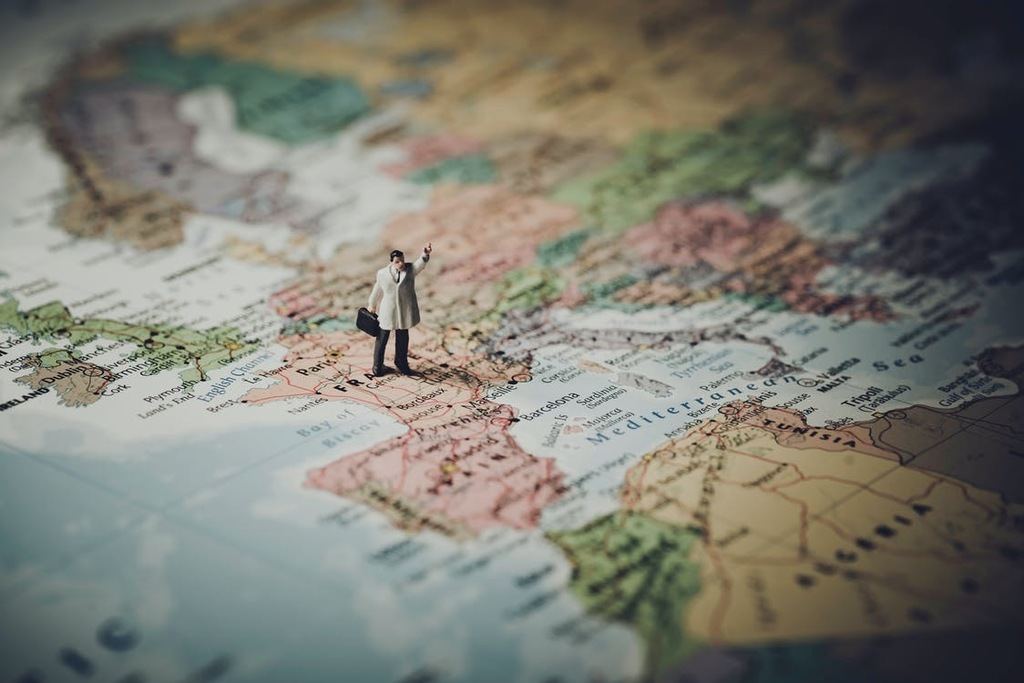 Take a look at CB Insights 50 Future Unicorns List: Of the 50 future unicorns projected, 30% are currently based outside of the United States.

In fact, according to the NVCA 2020 Yearbook, in 2019, U.S. venture capitalists’ share of global fundraising had dropped to 67%, and 52% of total venture capitalist investments went to U.S. startups. In 2004? The numbers were 77% and 85% respectively. Between then and now, numbers have fluctuated for U.S. investors and startups.

This implies that, while the United States is still barely the center of the venture capitalist industry, there is far more opportunity for U.S.-based venture capitalists to invest abroad in international startups.

There are four main reasons why U.S. venture capitalists invest in an international company over a company based exclusively in the U.S.:

For U.S. venture capitalists looking to invest, there are three types of international startup models that are very appealing. These include:

Unfortunately, immigration policy delays in the U.S. have encouraged some international entrepreneurs, who might have otherwise created jobs in the United States, to take their talents elsewhere. However, the U.S. has been working to strengthen opportunities for U.S. startups.

In 2016, the United States Citizenship and Immigration Services proposed a rule for international entrepreneurs, granting certain entrepreneurs permission to be in the United States to start or scale their businesses. Their goal was to attempt to create a “Startup Visa” similar to Canada’s program. The International Entrepreneurs Rule, which was implemented in late 2017, allows an estimated number of 2,940 entrepreneurs to be granted parole to the U.S. each year. The Department of Homeland Security under the Trump administration moved to rescind the rule in 2018 but was not successful.

Along the same lines, the U.S. State and Commerce Department launched a digital attachés initiative in 2016 to connect international venture capital opportunities for U.S. startups. Currently, the Digital Attaché Program has officers in 12 key foreign markets, with the goal to help U.S. startups grow their exports through global eCommerce channels, gain access to the global online marketplace and navigate foreign digital policy and regulatory issues.

Canada is a case study of a mutually-beneficial relationship between the U.S. and the Canadian tech ecosystems. The Canadians have figured out, as have the Israelis, that there is a limit on how many high-value tech companies they can build headquartered in their home country. As a result, the Canadian government created the Canadian Technology Accelerator Initiative. This initiative accelerates international venture capital opportunities for high growth, export-ready Canadian companies in Information and Communications Technology, Sustainable Technologies and Life Sciences.

Since its founding in 2013, over 500 companies have passed through the program in key U.S. innovation centers, including Boston, New York and San Francisco. It may sound peculiar that the Canadian government is helping Canadian companies come to the U.S., but the logic is simple: they’ll likely have to open a U.S. office anyway to become major companies, and if they do so, it will create jobs back in Canada.

Canada isn’t the only country thinking this way. Another example is Enterprise Ireland,  which partners with Irish enterprises to help them start, grow, innovate and win export sales in global markets, including the U.S.

European startups have also been moving across the pond seeking better funding, more appealing exit opportunities and a larger, unified market. The Startup European Partnership found that 1 in 7 of all European startups valued at more than $1 million move their headquarters internationally. In fact, the U.S. is the most frequent destination for 82% of European dual companies.

These “dual companies,” which often keep operational presence in their home countries, raise 30% more funding than purely domestic startups. While the single largest group of dual companies chooses to relocate to Silicon Valley (42%), New York is close behind (22%) and proportionally raises more capital for its share of international relocators, raising 26% of all capital allocated to startups relocated from Europe.

The hope for U.S. startups and venture capital is that the federal government will continue to be open to talented immigrants as it has historically always has, despite anti-immigrant rhetoric. As immigrants and others with international ties arrive, both U.S. and international investors will be waiting with open checkbooks.

[Editor’s Note: To learn more about this and related topics, you may want to attend the following webinars: Due Diligence Before Investing, Investing Basics, Personal Finance & Investing Fundamentals 2.0. This is an updated version of an article originally published April 26, 2018.]

Previous Article Could Owning Operational Real Estate be Your Ideal Investment? Next Article Smart Giving Gives Back: The Surprising Benefits of Family Philanthropy