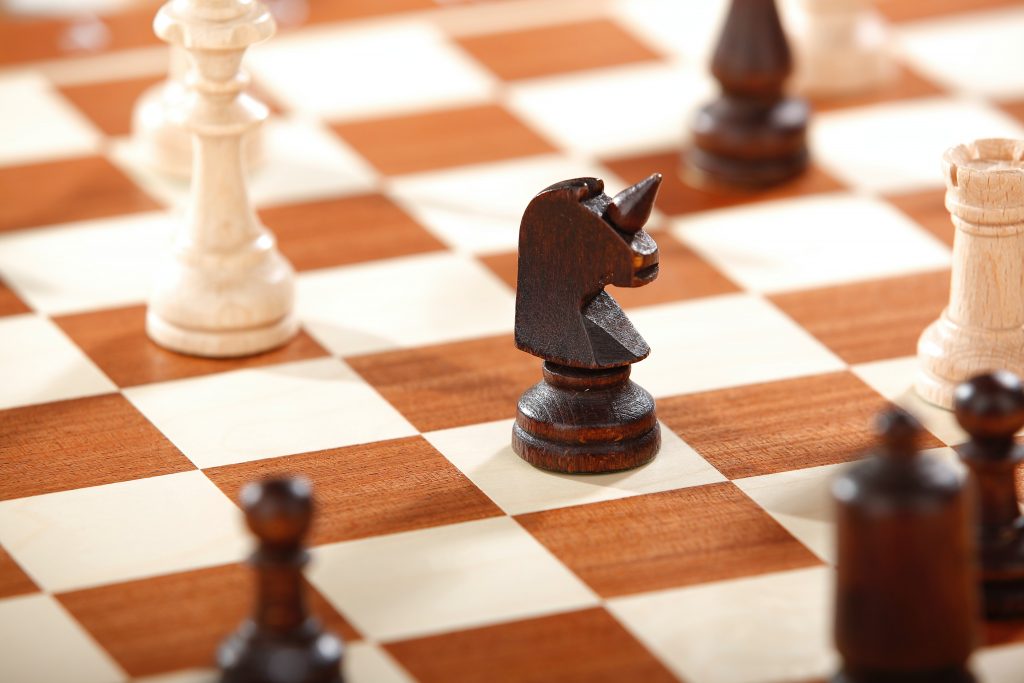 Venture Capital Unicorns Are as Rare as Real Unicorns

A unicorn is an imaginary horse-like creature with a large, pointed horn. Venture capital unicorns are companies still privately owned with valuations exceeding $1 billion. Valuation is based on share price during the latest fundraising round.

Industry source CB Insights reports that there are now approximately 1000 unicorns globally, and that number continues to fluctuate. Currently, the highest-valued U.S. unicorns are SpaceX (valued at $100.3 billion) and Stripe (valued at $95 billion).

Unicorns may appear beautiful, but their valuations don’t seem real.

Investing in venture capital unicorns should be viewed with concern. We fear they may be like the mythical unicorn: They may appear beautiful, but their valuations don’t seem real.

How to Value a Venture

Consider the traditional company valuation method taught in finance textbooks. Value equals the net present value of projected future cash flows discounted to reflect the cost of capital and risk. At least, in theory, this is what the stock market is about.

It entails a lot of guessing and judgment. We often hear about mature businesses valued at around 10 times their annual cash flow. But venture capital-funded companies are not mature. A company not yet profitable may still be worth hundreds of millions or even billions of dollars, based on tremendous potential. A company with marginal profitability and cash flow may be valued at 50 or even 100 times its current cash flow due to anticipated growth.

A simple, pragmatic approach to valuing a venture is to project future profitability and cash flow when the business will have reached maturity. How big and profitable do you believe it will become? A valuation roughly 10 times the projected sustainable annual cash flow could seem reasonable.

[Editors’ Note: If you are interested in learning more about venture capital and other alternative assets, you may like Alternative Assets and the “Average” Accredited Investor Installment #4]

Applying that framework, was Uber a venture capital unicorn really worth $68 billion? Its $3 billion loss in 2016 and continued losses in the first half of 2017 had limited relevance. What’s relevant is the projected profit and cash flow when the company reaches maturity. Thinking back, was it accurate to project that it would generate an annual cash flow of $6 billion to $7 billion?

This always depends on factors such as competition and the regulatory environment. Consider competition as strengthening. Chinese rideshare company Didi Chuxing pushed Uber out of China. In the U.S., Uber has had Lyft as a strong competitor. Uber also faced labor and government regulatory challenges in many major cities. Lawmakers are pushing for the reclassification of gig workers into full-time employees.

Also, while an annual cash flow of $6 billion to $7 billion might justify the current $74.38 billion valuation of the company, investors want big gains. The answer lies in whether cash flow is going to increase over time.

In 2018, the Japanese technology behemoth SoftBank invested around $7.6 billion into Uber (and it invested an additional $333 million in 2019). The bad news for then-existing late-round investors is that most of SoftBank’s investment was a “down round.” That is, it reflected a valuation of $50 billion. That’s quite a drop from the approximate $76 billion valuation it enjoyed at its peak in 2017.

Uber has proven to be a mythical unicorn despite it being the third-largest IPO in US history. Uber debuted on the NYSE at $42 per share at its IPO on May 19, 2019. As of yesterday, it is trading at around $22.73 per share. So, three years after Uber’s IPO, those first public investors are still underwater. To be fair, however, there have certainly been spots along the way when an investor could have gotten out at a profit. It spent the better part of late 2020 and early 2021 in the $50 to $60 range (on the other hand, it spent more than half of 2020 in the $20 to $40 range).

Consider Airbnb. It’s already 13 years old and well-established. It reportedly reached modest profitability in 2016. But this company, too, faced significant headwinds. They include major legal restrictions in high-traffic cities, such as New York, San Francisco, and Paris. Competitors focused on specific niches, like vacation lodging, are also emerging. Will Airbnb ever generate a cash flow of $3 billion yearly to justify its $95 billion valuation? Or $5 billion-plus to enable meaningful gain for the latest investors?

Selected venture capital-funded winners like Facebook have achieved results justifying their tremendous pre-IPO valuations. Almost everything seems to have gone according to plan for these companies. But that happens very rarely. Unfortunately, too many of today’s IPO valuations seem to assume such perfection.

A recent venture capital unicorn, Peloton, demonstrates what can happen when pre-IPO valuations are too high. Peloton’s pre-IPO valuation was $4.15 billion in September 2019. It nearly doubled its private valuation when its IPO share price hit $27. But, in the following weeks, its share price fell by nearly 30%. As of 2022, Pelaton’s share price continues to drop. It closed yesterday at $10.65 per share.

Stock prices sometimes decline following IPOs and then rebound to new heights. Meta Platforms, Inc., formerly known as Facebook, Inc., and TheFacebook, Inc., had its share price drop roughly 50% in the months following its $38 IPO. Yet, it closed at $172.17 on June 7th, 2022.

Investor attention in the LawTech industry has been building for several years now, alongside growing acceptance of technology by lawyers. As a result, the emerging LawTech sector has experienced an influx of investor capital as several companies went public in 2021. Among these were LegalZoom.com Inc, CS Disco Inc, and Intapp.

IPOs of VC-backed unicorns have inflated pre-IPO valuations, and the LawTech industry is no exception. Generally, investments in the LawTech sector are driven by overhyping and the fear of missing out on the opportunity to profit off the ‘’demise’’ of lawyers. Capital flows wherever investor opportunities are most significant, and the LawTech sector is more lucrative than ever before. However, there remains enthusiasm for the right LawTech IPO.

LegalZoom shares traded at $38.94 when the company went public in July 2021, giving the company a valuation of $7.8 billion. Since going public, LegalZoom.com Inc stock has lost 65.74% of its value. Zoom’s plummeting stock price is surprising to investors and others in the legal community who were under the false assumption that LawTech stock prices would surge during the Covid-19 pandemic.

The Problem with Venture Capital Unicorns

Beyond these examples, there has been a dearth of unicorn IPOs. Some say that unicorns are staying private to avoid the short-term market pressures of public ownership. Some leading VCs blame the stock market’s obsession with short-term results.

To overcome such short-term focus, a new Long-Term Stock Exchange has been formed.

On May 10, 2019 in an attempt to overcome short-term focus, the Long-Term Stock Exchange was approved by the SEC. The new exchange encourages long-term thinking by assigning shareholder voting power based on how long the shareholder has owned the shares. They call this “tenure voting.” They also banned executive compensation tied to short-term results.

There is concern with the stock market’s short-term focus, but at the same time, the Long-Term Stock Exchange has its challenges as well. It is possible that proposed provisions would reduce executive accountability and could hurt individual investors.

Get in on Early-stage Investing, Before Valuations Escalate

It’s smart business for VC firms to focus on early fundraising rounds before valuations escalate, like early-stage investments, where valuations may be $5 million or $10 million, or even $15 million to $20 million. While most fail, success could mean an exit in the tens or even hundreds of millions of dollars. That’s how to make rich returns in venture capital.

This is an updated version of an article originally published on December 13, 2017]

Kenneth Freeman is a strategic adviser to a high-tech venture capital firm, VCapital, following a career as a CEO-level consumer products/marketing services executive and Chairman at Halston Media, LLC. He is the co-author of “Building Wealth Through Venture Capital: A Practical Guide for Investors and the Entrepreneurs They Fund” published in 2017 by Wiley Publishing.…

Previous Article Job Reports Beat our Expectations of Unemployment Rates, but What Should We Expect Next? Next Article Four Ways to Celebrate National Simplicity Day