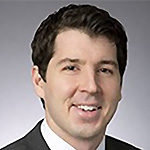 Jonathan Stroud is Chief Intellectual Property Counsel at Unified Patents. Jonathan manages litigation, appeals, PTAB proceedings, licensing, and settlement negotiations, legal strategy, and prior art analysis, and prepares, drafts, and files proceedings for Unified. Previously, he litigated at Finnegan, Henderson, Farabow, Garrett & Dunner LLP, before the PTAB, in district court litigation, and on appeal, and prior to that he examined implantable medical device patents at the USPTO for 5 years. He interned at the U.S. International Trade Commission (ITC) for Judge Robert K. Rogers, and earned his J.D. with honors from American University Washington College of Law; his B.S. in biomedical engineering from Tulane University; and his M.A. in print journalism from the University of Southern California. He regularly speaks, writes, and lectures on patent law, and is an adjunct professor of law at American, teaching PTAB practice.