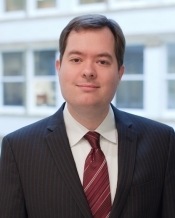 John M. Fitzgerald is a partner at Tabet DiVito & Rothstein LLC in Chicago, Illinois. He represents large corporations, small businesses, non-profit associations and individuals in appellate matters and in all stages of commercial litigation.

John serves on the Board of Directors of the Illinois Appellate Lawyers Association and co-chairs its Rules Committee, which proposes amendments to the Illinois Supreme Court Rules and other rules governing appellate practice.  He also serves as a Delegate to the Assembly of the Illinois State Bar Association.

John has authored or co-authored over forty articles on current legal issues.  He co-authors Chicago Lawyer magazine’s regular column on appellate issues, On Appeal, with Gino L. DiVito.  His column on current trends in commercial litigation, The Bottom Line, has appeared regularly in the Chicago Daily Law Bulletin since July 2012.