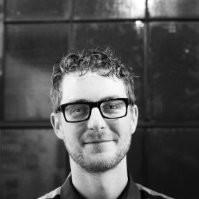 Charity isn’t a new interest for him. John’s always been around it in one way or another all of his life; his dad,  Blake Bromley, is one of the world’s leading charity lawyers. After university, a few years working in corporate finance at RBC Capital  Markets and PricewaterhouseCoopers, working at an Internet start up in  China, shooting a film in Malawi, and doing international development  work in Cambodia, John joined Blake. Together, they started Benefic  Group to fill the void in specialized expertise in charity law, strategy and policy in Canada. Benefic has worked with hundreds of local and  international donors, charities, foundations, governments, non-profits  and for-profits, providing strategic and legal advice, and arranging  several billion dollars in giving.

Through his work with large donors, John saw how rewarding it was for them to  be involved in philanthropy because they can more easily find out about  charities, discuss ideas about charity with others, and donate to causes they know are effective. Yet, he heard the opposite from ordinary  donors. So he founded Chimp, which brings large donor giving tools to  everyone.

In addition to these two platforms, John is generally interested in how  the internet is starting to change the way people interact with,  transact with and learn about charity. And he’s working to shape  charity’s entry into online culture, so that technology improves the  sector by increasing public access and decreasing charities’ costs.