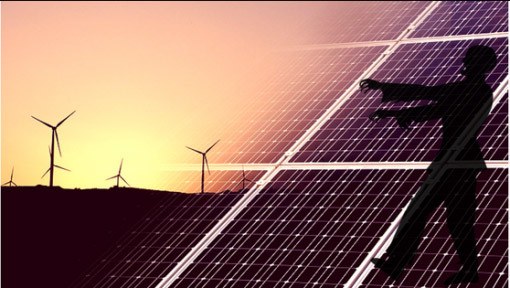 What the Walking Dead Can Tell You About Investing

At FP, we don’t fancy ourselves as stock pickers.

We certainly do not advocate high-frequency trading or trying to time the market. We like the basic principles that lead to long-term wealth generation.

What we do enjoy doing, however, is thinking about megatrends. If one understands where the world is headed, then one may invest with that destination in mind more confidently.

One megatrend we studied for some time—and continue to study—is green technology. (Tesla Is Not a Car Company is an article we published on the subject).

You don’t need to be a visionary to see the world’s trends toward “clean” tech and sustainability. A recent Bloomberg report noted that investors will pump up to $1.9 trillion in new wind and solar capacity over the next decade.

Given the Trump Administration’s fossil-fuel friendly agenda, investors may need to look outside the U.S. to put their money to work. On the other hand, the individual 50 states can offer their own tax incentives. Moreover, as Bloomberg also recently reported, nearly four million people work in the U.S. in the wind and solar industries. Even if Trump doesn’t believe in evolution or climate change, at least he ought to be motivated to create more jobs.

The other thing about green tech is that it’s not just good for investor’s portfolios and the environment; it’s good for you personally and, indeed, for our national security.

Take the electric grid: what do you think would happen if a coordinated terrorist attack could take down just the right combination of a small number of elements of our grid? For a nightmarish prediction, you can read Ted Koppel’s (yes, that Ted Koppel) Lights Out.

Take food production: did you know that food, on average, travels 1500 miles from where it grows (or is otherwise sourced) until it reaches your table? What would happen if the food distribution system were disrupted for any reason? How quickly would our supermarket shelves run empty?

Investment Advice from The Walking Dead

These two examples bring us to Alexandria, Virginia. That’s right, Walking Dead fans, we’re talking about the housing development in Alexandria that still had working electricity and was able to feed itself several years into the zombie apocalypse.

How? It embraced the self-sufficiency that green tech enables long before the virus. (Here is an article from The Globe and Mail that explores the subject.)

We do not suggest that anyone should brace for a zombie apocalypse. However, the electrification of the world, like the rise of corporate farming during the 1900s, occurred because that’s what was sensible and feasible given the technology of the time. As a result, most of us could be one terrorist act away from having to live the way our great-grandparents lived—except that we might be much hungrier.

But today’s technology, from solar and wind power to vertical and hydroponic gardening, changes that. We don’t need to have hub and spoke systems in which one domino falling can impact people half a continent away.

(Ironically, the developing world may have a distinct advantage over the U.S. because it is developing widespread electricity generation today, which allows it do so in a very decentralized fashion. This happened with telephony: many sub-Saharan nations never had telephone lines crisscrossing their landscapes, and they never will because they skipped that step and jumped straight to mobile. Today, those same nations are bypassing the need for national power grids in favor of decentralized renewable resources.)

There are, and will continue to be, many investment opportunities here.

Previous Article Digital Currency in Your Portfolio Next Article What are GMOs? Let’s Explore the History, Myths and Issues