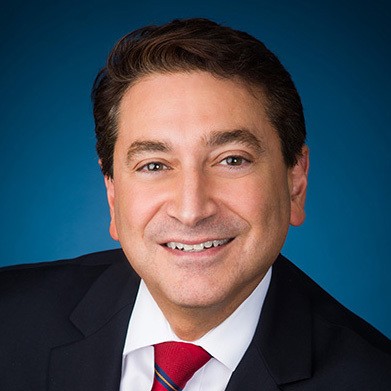 Stephen L. Brodsky is a Partner of Kaufman Dolowich & Voluck, LLP and practices out of the firm’s New York City and Long Island offices.
Stephen has practiced complex commercial litigation for more than twenty years. He has a broad practice, and his clients span industries. Over his career, he has litigated significant, high-dollar matters in federal and state courts across the United States. He has argued at the trial and appellate levels and served as trial counsel in both bench and jury trials. Stephen also represents his clients in arbitrations, mediation and administrative proceedings. Finally, he resolves his clients’ disputes by direct negotiations and without formal litigation.

Stephen is known for his creative problem solving and thoughtful advocacy. He is rated AV Preeminent by his clients, peers and opposing counsel, the highest professional rating.

In addition to his practice, Stephen serves in leadership roles in the American Bar Association, the New York State Bar Association and the Private Directors Association. He also writes and speaks on legal and business-related topics and has been published in journals throughout the country. Finally, he is committed to charitable work. He is an Officer and Director of Autism Communities, a New York non-profit, and active in Autism Speaks, a national organization.