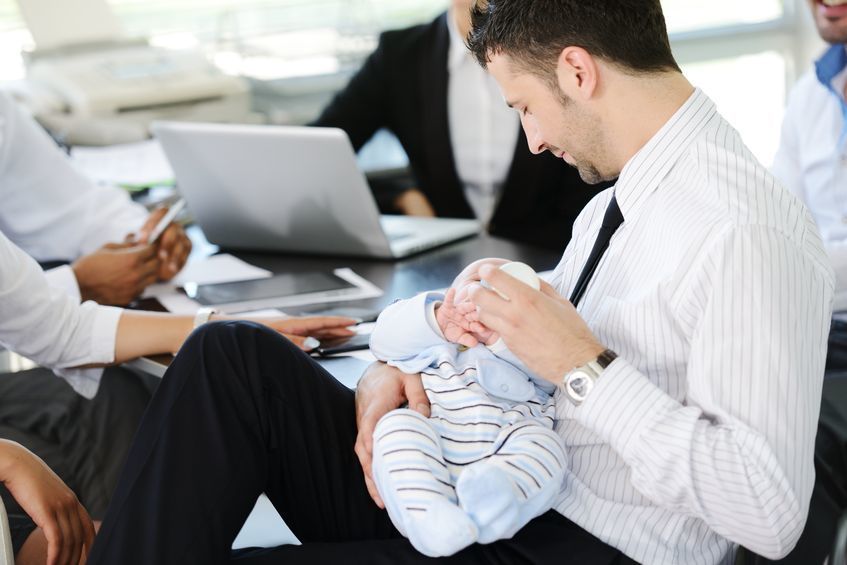 The Importance of Succession Planning for a Thriving Family Business

Most family businesses don’t make it beyond the second generation. Even fewer reach the third generation of ownership. Why is that?

As much as one generation would like to hand the business off to a next-generation family member, the following critical questions are often not adequately considered:

To begin to find the answer of why most multi-generational businesses don’t have the staying power they should, let’s think about this concept as pertaining to our own lives. Let’s take estate planning as an example.

In many cases, estate planning is something that’s discussed in broad detail. One parent, for example, might go so far as to arrange for her children to follow a specific set of instructions in the event she is not around anymore. Still, without a formalized approach to solidify her wishes, there is a lot of room for error, disputes, and irreparable damage to the family unit.

Open conversation can lead to much-needed clarification. Not only does this apply well to estate planning, but also to succession planning in a family business.

What is the best way to initiate that in a business environment?

The Role of Communication in Succession Planning

You might be tempted to bring all parties together at once, but be cautious about rushing into that too soon. Start with a series of one-on-one discussions with various family members, in order to get their take on a general outline of events about the succession planning. Make sure all involved parties are clear about what is going to happen next on the succession front. Then, bring them all back together in a group after these one-on-ones.

One person from the next generation of leadership may say, “I think we have an excellent leader in place but I also have some other ideas for the business. Someone else may be far blunter and say, “The XYX initiative you created was one of the stupidest things we’ve ever seen.” This delivery isn’t ideal and the parties should strive to keep the conversation on an even and respectful level. However, the discussion is the focus of the situation.

Make sure all involved parties are clear about what is going to happen next on the succession front. Then, bring them all back together in a group after these one-on-ones.

One-on-ones. Group discussions. A series of meetings that are integrated into the regular routine of the business. The fact is, a lot of family businesses are not having any of these right now – and that’s paving the way for drama and disputes later on. There is the possibility that the younger generation may sue the older one because the members of the second have issues with the amount of money being distributed to them. Yet, maybe, just maybe, a frank discussion about finances prior to any chance for a dispute could help them work through that issue and others similar to it. The alternative to this is not having conversations at all, which could be completely devastating to the family.

Let’s say there is a family business in which the owner, in this case, the patriarch, suddenly passes away. Up until this point, there has never been a conversation amongst the family members about what comes next. No buy-sell agreement can be found. The family attorney never wrote one. An uncle had the agreement but discarded it out of spite. Now what?.

At the end of the day, it comes down to several things:

What does the communication actually look like? It may be sufficient in some families to simply communicate the latest happenings of the business through a quarterly meeting, newsletter or conference call.

[Editor’s Note: Check out our webinar, “The Good the Bad and the Ugly: Planning and Running Effective Board Meetings,” to learn about using a formal board of directors to help with succession planning and communication generally.]

In addition, you also want to ask, “What other issues besides the business do we want to talk about?” What this means is that these conversations are not always purely financial conversations, but may include issues like what the company’s social mission entails. You may want to use the time to discuss ideas about the best way for the company to focus on making a social impact, or on other pressing issues, financial or otherwise.

Now, let’s say the family says it wants to meet quarterly. Here is an example of how these quarterly meetings might be designed:

Q1 Meeting: Last year’s results, followed by a discussion of this year’s succession plan. If you have a social issue, provide a short report on that, along with two or three other pressing issues for the family to discuss.

Q2 Meeting: A brief report on the business with a particular focus on the company’s social mission.

Q3 Meeting: A report on the business, social mission update and a report on the progression of our next generation of leadership – where are they in their development and what do we need to do to get them up to speed going forward??

Q4 Meeting: Taking everyone’s perspective into account, the final quarterly meeting is about setting high-level objectives regarding the coming year’s discussions. In quarter four, it is not about answers, but about asking questions. What are the different things we should be focusing on as we look at next year and the three to five years beyond? What are the things we’re focusing on now that we should be discarding in the following years?

The agenda and particular topics may evolve to some degree, but, above all, you want to bring people to the table who have a clear understanding of roles, mission and authority. Without this clarity, you may be trapped in an endless loop of family business doom.

In between – and often during – these four quarterly meetings, there can be a need for a highly objective, non-family member to step in and steer the communication forward. That person can not only evaluate the communication, but also be very accessible to the family.

[Editor’s Note: You may like: “Sensitive Family Business May Bring up Fur Balls.”]

A priority for the family is to ensure that it remains a family. The secondary priority is for the family business to not only survive, but hopefully, thrive. To help beat the odds, a once-a-year family assembly may not be enough. In the wake of sudden news, it takes something far more frequent than annual communication in order to move at the speed of life and of business and to provide a quick response. There also may be a need for an unbiased party who aims to understand each family member’s motivations, as well as the “big picture” of where the business and family together NEED and WANT to go.

David Spitulnik Managing Partner, Spitulnik Advisors, LLC David Spitulnik is a successful executive with over 40 years of experience in both large technology companies and in consulting to and leadership of mid-market, closely held and family owned businesses across a variety of industries. In addition to serving as chair of the Private Directors Association’s Private…

follow me on:
Previous Article Organizational Pace of Change: Surviving and Thriving in Our Fast Paced World Next Article Musings and More About “Market” Terms in Transactions

Flex: Reading for Employees to Increase Knowledge and Flexibility in the Workplace October 14, 2020
Millennials in the Workplace Want These 4 Qualities in a Company October 2, 2020
Cash is King: Prepare Your Balance Sheet for a Business Sale October 1, 2020
Fighting Back Against Patent Troll Companies After TC Heartland September 28, 2020
An AI Future is Coming: How Businesses and Investors are Capitalizing September 25, 2020

Lender vs Debtor on the Payment of Post-Petition Interest

Fraudulent Transfer Remedies: How Much is Enough?

Published on October 9, 2020 • By The DailyDAC Editors

Published on October 6, 2020 • By The DailyDAC Editors

Published on October 6, 2020 • By The DailyDAC Editors
Advertisements