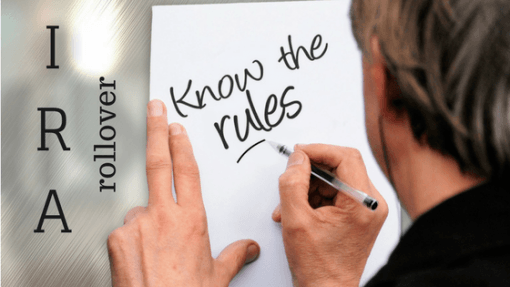 Little did Alvan and Elisa Bobrow know their decision to consolidate their IRAs into a single account would make the Forbes list of Top 10 Tax Cases of 2014.

According to U.S. Tax Court records, the Bobrows elected the indirect rollover option for their transactions. Up to that point, precedent said that the IRS-mandated that 60-day penalty-free window would apply to each of their accounts from

That’s when things got complicated — and the couple earned a place in tax court history.

Instead of allowing the indirect rollover rule to apply to each of their IRAs separately, the U.S. Tax Court ruled instead that only one indirect rollover per year could be completed without a penalty — regardless of the number of IRAs.

Why it Is Important to Know Your Rollovers

For both investors and financial advisors, the importance of IRA rollover decisions keeps growing.

When given the chance, 56% of workers show a clear preference for taking their retirement assets as a lump sum. (This according to a study by the Employee Benefit Research Institute.)

Many retirement assets will end up as IRA rollovers. According to the researchers at Cerulli & Associates, retiring baby boomers will likely drive the current IRA rollover surge to $12 trillion by 2020.

Here are four tips for completing rollovers the right way:

1. Limit to One Indirect Rollover a Year

“A second rollover made within one year of the first 60-day rollover could cause a taxable distribution, plus a 10% penalty if investor is under the age of 59½,” according to Slott.

With some rule violations, it’s possible for investors to lose their IRA investment status entirely, making the account essentially a taxable distribution.

“There are two ways to move IRA money to another IRA: directly and indirectly,” Slott continued.

A direct transfer, or a trustee-to-trustee transfer, happens when funds move from one IRA to another — without the client touching the money. “These can be done as often as you wish, without worrying about the once-per-year rollover rule. Always move IRA funds directly if possible,” he added.

Indirect transfers, on the other hand, require more care and attention. Sometimes called a “60-day rollover,” such transfers begin when investors receive a check made payable to them. Investors then have 60 days to roll over the money to another IRA (or even back to the same IRA) to avoid a tax penalty.

3. Remember that Roth IRAs Count, Too

In contrast, Roth conversions receive an exemption from the once-per-year IRA rollover rule. (After all, the IRS already taxed the accounts initially.) “If an investor wanted to convert an IRA to a Roth IRA after an IRA rollover, that would be OK,” he said.

For retirement-minded investors who don’t want to manage a calendar of rollover events, there may be another option. An investor can elect to receive a distribution in the form of a check already made payable to the receiving IRA custodian.

In this case, the IRS considers those funds as a trustee-to-trustee direct transfer.

In cases where funds have rolled over from any IRA or Roth IRA in the past year, clients may be better served by transferring their funds directly – and skip receiving the payment directly.

View all articles by Jeffrey »

Published on July 2, 2020 • By The DailyDAC Editors
Advertisements