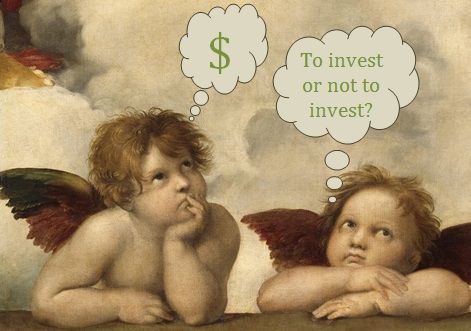 Editor’s Note: This is an updated version of an article first published on March 6th, 2014.

Now, it seems clear that interest in angel groups is growing, not shrinking.

Why is this? Well, as Financial Poise has been arguing all along (I believe we were the first pundit to so argue), the lifting of the ban and, to a lesser extent, the media attention on crowdfunding, is serving as a wake-up call to the 90% or more of the approximately 8 million accredited investors in the U.S. who have never acted as angel investors.

In recent years, these people have just begun learning about the value of allocating investment dollars into “alternative assets”. Angel groups are among the best places to learn.

Ever hear the adage, “The easiest way to make a small fortune is to start with a large fortune?” Keep that quote in mind as you read this. Angels invest in the very earliest stages of a startup, making it a highly risky endeavor. Although it sounds counterintuitive, making money shouldn’t be the sole focus for an angel. If it is, you should look into investing in a company that has more secure footing during later-stage rounds.

Angels invest in the very earliest stages of a startup, making it a highly risky endeavor.

Angels in general invest because they like the thrill of the chase. Angels like to be part of something brand new, where they can find adventure in the ups and downs that a startup presents.

If that doesn’t sound like you, proceed with caution. If it does, enjoy the rollercoaster ride!

Lesson 2: Angel investing is more like a date than a marriage

Many startups appreciate the insight and connection you, as an angel, may bring to the table (though your investment capital will probably be appreciated more). At the same time, don’t expect to take up an office at the company. In other words, your initial interaction may be “hot and heavy” (particularly before you write a check), but it is not likely to last.

Lesson 3: It’s best to stick with what you know

When you’re exploring angel investing, there is a distinct advantage to sticking to what you know. In other words, if you are a physician, consider pharma, whereas if you made your fortune on the internet, investing in that may make the most sense.

This will help you increase your chances of picking a winner and it will help you to have more meaningful involvement with the company in which you invest, since you will be able to provide real-world advice from your own experience.

One of the great things about being part of a good angel group is that there will be a lot of smart people in the room with you. I have found these meetings to be a great place to meet people and, over time, forge some close friendships.

One of the things I will never forget, however, is the way one person in particular treated the entrepreneurs who came to pitch. This angel (though I don’t think I ever saw him write a check) cross-examined every pitching CEO as if the CEO was on trial.

One of the things I will never forget, however, is the way one person in particular treated the entrepreneurs who came to pitch.

The angel’s main priority seemed to be to try to make people look dumb or to make himself appear to be the smartest person in the room. Needless to say, we didn’t invite him to dinner with us after the meetings.

So, like the Golden Rule asserts (my paraphrasing), just because you’re writing checks doesn’t mean you can be a jerk.

For more about Stephanie Strait, check out her LinkedIn profile: https://www.linkedin.com/in/stephanie-strait-b5b14670/

View all articles by Stephanie »