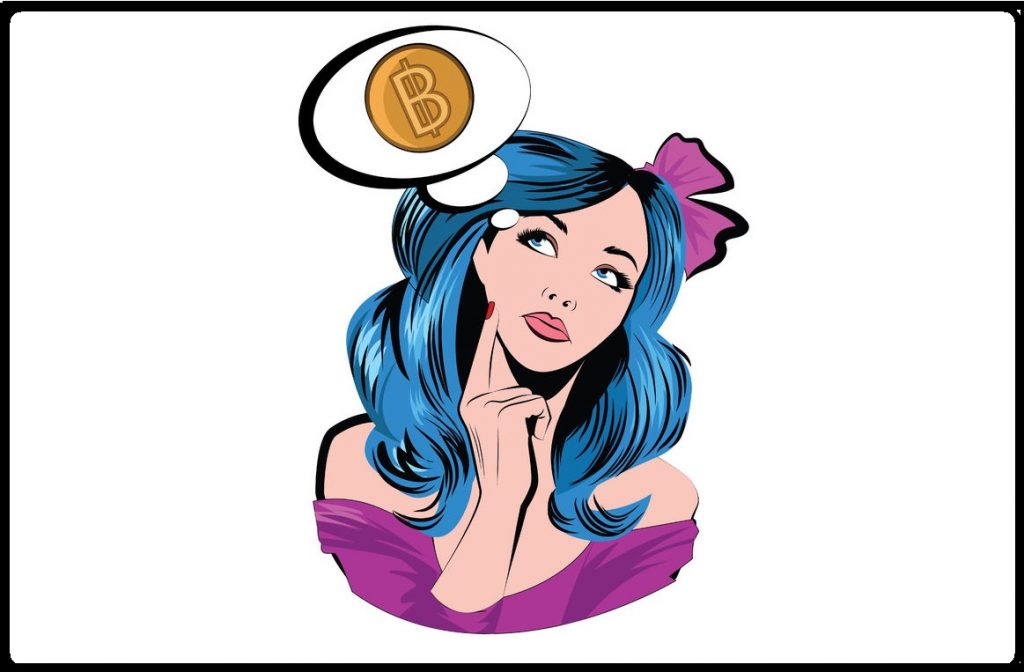 Investing in Cryptocurrency with Bitcoin: Fad, Fraud or Fortune-Maker?

Editor’s Note: This is an updated version of an article first published in March, 2014.

If you haven’t heard about investing in cryptocurrency, chances are high you have heard about Bitcoin. Are you one of the many who have pondered allocating some investment dollars to this mysterious but revolutionary new currency? If so, you are not alone. Many investors are wondering the same thing. Virtual currency, aka cryptocurrency, is a media sensation lately. Its trademark roller-coaster volatility, along with its futuristic model of operating, certainly makes it inherently sexy. Bitcoin can be used to purchase just about anything these days, from real estate to buying whatever you want on Overstock.com. But, what is it?

“… [I]t takes a long time right now to make a… pretty basic bank transfer to India, to China. That can take weeks and… require sort of fees at every step along the way. The idea with Bitcoin is [that] you can send it right now and it’s there in essentially 10 minutes. … [t]hat’s particularly attractive in countries where it’s hard for people to get bank accounts and where, you know, places like India … or Africa, where people are sort of locked out of the online economy because they can’t get a credit card, they can’t get a debit card. You know, they can’t sign up for Netflix. Now you can sign up for Netflix very easily in India or Africa, even if you don’t have a credit card, thanks to Bitcoin.”

Bitcoin is a peer-to-peer “virtual currency.” This means that it exchanges from digital device to digital device rather than from hand to hand. Bitcoins transfer between virtual accounts via a computer, mobile device or wallet software. Yet, trading in Bitcoin as well as investing in any cryptocurrency is mostly misunderstood by investors who have used more traditional investment vehicles.

How is Bitcoin created? Unlike paper fiat money, which the government monopolizes and prints, Bitcoin gets “mined.” In the simplest terms, mining, in the Bitcoin context, involves using powerful computers to crack a specific encrypted code. This generates Bitcoins, which can then be sold or exchanged.

You may also like, “What is the Due Diligence Process?“

Launched in 2009 by an as-yet unidentified software developer, the value of a Bitcoin has swung wildly since its inception. Tracking the progress of the cryptocurrency’s value over the years has shown some profoundly wild swings, from a 289% rise within a year, to a 40% loss in two weeks within that year, according to CNBC.

…trading in Bitcoin as well as investing in any cryptocurrency is mostly misunderstood by investors who have used more traditional investment vehicles.

If Investing in Cryptocurrency Sounds Cool, How Can You Get Bitcoin?

At its inception, Bitcoin was only exchanged within off-market circles and between enthusiasts of the virtual universe. More recently, there has been a trend of hedge funds pouring money into Bitcoin, and even the Chicago Mercantile Exchange (CME) is planning to launch Bitcoin futures. So, if you are interested in investing in cryptocurrency, consider getting some exposure through a hedge fund.

Since Bitcoin’s proliferation, it’s become dead simple to buy and sell Bitcoin through an app called Coinbase which is, “essentially a sort of Charles Schwab or an E-Trade for Bitcoin,” Popper says. This author downloaded and purchased cryptocurrency from Coinbase after a family member recommended it and showed her how much money he made in one year of virtual currency trading. It literally took only 12 hours to set up an account and start trading — maybe a little too dangerously easy.

If you are interested in investing in cryptocurrency, consider getting some exposure through a hedge fund.

Should You Buy or Mine Bitcoin?

While the seductive draw of Bitcoin feels more real than a dream, there is no guarantee that it will make you rich. Yet it certainly is tempting to believe the hype. Here’s why:

Learn More About Trading in Bitcoin

We challenge you to be fully confident that you really understand Bitcoin. It involves not only understanding the finance behind it, but also some of the cryptography and high-level mathematics that drive its limited supply. It’s not like paper money; you can’t just make more. There are only 21 million Bitcoins, and mining them, or getting access to them, has to do with computer server speeds.

[Editor’s Note: You may also be interested in “Digital Currency in Your Portfolio”]

You may want to consider the infamous hacking attacks that caused Mt. Gox, which in 2014 was the world’s largest Bitcoin exchange, to lose 850,000 Bitcoins (representing 7% of all Bitcoins at the time) and to subsequently file bankruptcy that year. At the time of this article’s publishing, Mt. Gox’s CEO faces embezzlement charges, but also stands to gain $1 billion in the case.

[Bitcoin] involves not only understanding the finance behind it, but also some of the cryptography and high-level mathematics that drive its limited supply.

If you are still not dissuaded, consider financial analyst Gary Shilling’s view, “It’s a black box and I’m not a believer in black boxes. … I’m just very suspicious of things that are not transparent. If I can’t understand it, I don’t want to invest in it.

Governments don’t like virtual currency. Though the aforementioned CME is planning on integrating Bitcoin, other countries like Vietnam, Bolivia and Ecuador have made it outright illegal, while China, notably, has prohibited its banks from trading in cryptocurrency. Other countries, like Japan, have gotten the official nod from its government for use.

The Blockchain Concept – but not the Virtual Currency – May Be Transformative

Some view (and Financial Poise agrees) Bitcoin as another step in the monetary evolutionary process, especially in regards to how transactions are monitored, through what are called “blockchains.” There is no one behind this ledger; it’s all done by software.

“Bitcoin is still an experiment,” according to TheNextWeb.com writers Sander Duivestein and Patrick Savalle. “The Bitcoin currency itself is ‘just’ the next phase in the evolution of money – from dumb to smart money.”

However, aspects of how it moves through the ether space may prove to be more transformative than the currency itself as it paves the way for “frictionless and transparent way of sharing ideas, media, products, services and technology between people without the interference of corporations and governments,” write Duivestein and Savalle.

For a comprehensive breakdown of Bitcoin including questions, answers and an analysis of legal issues, read the October 2015 paper by the Federation of American Scientist’s Congressional Research Service here. Read about Alternative Assets and the “Average” Accredited Investor. Also, you can learn more about trading in Bitcoin by reading Certified Financial Planner Adam Harding’s article here.

follow me on:
Previous Article Kenny G Investing in Stuff is Good Entertainment- and Good Business Next Article Living Frugally Makes for a Rich Life – If You’re Willing to Wait

What is a SAFE Note and Does It Benefit Founders and Investors Alike? September 10, 2020
Little-Known IRA Rollover Rule Has Big Consequences September 9, 2020
Laws of Attraction: Can a Conservative Investor Love Venture Capital too? August 27, 2020
Beyond the Fringe: Alternative Asset Classes Go Mainstream August 25, 2020
A Brief Overview of Investing in Life Settlements August 19, 2020