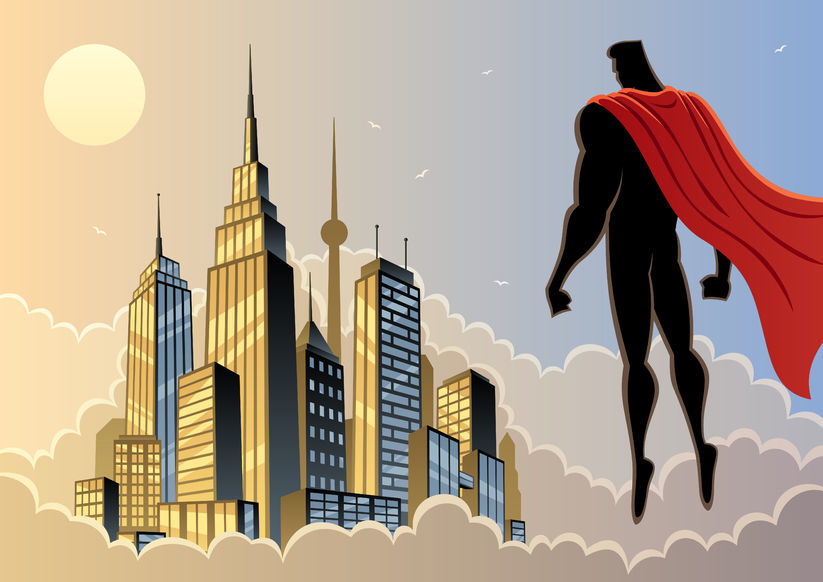 Investing in Comic Books is No Joke

Fueled by the prevalence of top-grossing movies featuring comic book superheroes, interest in comic books is on the rise. In 2017, five of the 10 highest-grossing movies were superhero stories and the popularity of comic conventions continues to grow. Case in point: last year’s New York Comic Con set a new record for attendance for a pop culture event in North America.

Everyone’s heard stories of someone cleaning out an attic who found vintage comic books worth thousands of dollars. When a comic that once sold for 10 cents fetches $3.2 million at auction—as the first Superman comic book, Action Comics #1, did not long ago—it’s hard to argue with that kind of success.

Even comics from the last 20 years are becoming collectible

And it’s not just the older books that are valuable. Even comics from the last 20 years are becoming collectible. Some have jumped in value from a few dollars just five years ago to $50 to $100 today making investing in comic books a potentially lucrative business. Smart comic book investors are finding that they can make money off this trend, but only if they treat it like any serious investment.

Like any other investment, the first step in comic book investment is to learn everything you can. Talk to experts. Follow auctions to see what’s selling and for how much. Study the trends, such as a surge in popularity due to a character appearing in a new movie.

By all means, know your superheroes.  However, comic books are about more than the “blue chip” characters: Superman, Batman, Spider-Man, Iron Man, Captain America, Flash, Green Lantern, The Avengers, Thor and X-Men. Expanding beyond the big names will make you a wiser investor.

Comic books are about more than the “blue chip” characters. Expanding beyond the big names will make you a wiser investor.

For example, some heroes from the Golden Age (1930s-1950s), including Catman, Black Terror, The Destroyer and Phantom Lady are very popular today. That’s despite the fact that they’re no longer in publication.

[Editor’s Note: To check out what’s happening in the world of stamp collecting, check out Wealthy Still Investing in Stamps Amid Overall Slide in Value.]

The next step in investing in comic books is to decide on your budget. There is room in the market for small and large investors alike. That means anything from $10 to $3 million or more.

Consider how many comic books you want to buy per year and how long you plan to hold onto them. Determine whether you want to invest for the long or short term. Long-term investors should select comics that have traditionally shown slow, steady growth. For them, pre-1985 books are the best choice. In 2010, people who bought a $3,000 copy of Amazing Fantasy #15 (1962), which marked the first appearance of Spider-Man, could see that same comic book worth $10,000 today.

For short-term investors, it’s all about timing.

Try to buy books when they just start to get hot, with the intention of selling them before interest wanes. There are comics that have been out for just a few months that are selling from $50 to $100. But remember, the short-term market can be very volatile.

For example, speculators who bought Green Lantern #7 a year before the Green Lantern movie came out in 2011 saw huge profits…but only if they sold within a few months. If they waited until too close to the premiere of the movie, they probably ended up losing money. The movie was a flop.

Rules To Keep in Mind When Investing in Comic books

Whether investing in comic books that are new or old, there are a few general rules you can follow that will help determine whether a comic will increase in value. First and foremost, issues that feature a character’s first appearance or death are more likely to be good comic book investments down the road. So are those that represent an artist or writer’s first professional publication.

Individual pages from when Superman made his first appearance in Action Comics #1—the so-called Holy Grail of comics—have sold for thousands of dollars. It’s not just the big names that can prove valuable. It’s just as possible that the first appearance of a character in a low-grade comic will provide substantial returns one day. It’s a gamble, but one that could pay off.

Remember, it’s not just a comic book’s significance that determines its value. Condition and rarity also have an impact, but nothing is set in stone. If there is one copy of a book in near-mint condition, but five more are found a year later, the value of that issue could drop.

One of the exciting aspects of comic book investment is that anything can happen. Right now, a number of Baby Boomers are selling off their collections. As a result of this trend, all kinds of rarities are appearing on the market for the first time in decades, presenting new opportunities for savvy investors.

One of the exciting aspects of comic book investment is that anything can happen.

By all means, keep an eye on upcoming movies. The success of the Black Panther movie (now the third-highest grossing film in history), led Fantastic Four #53—which marked the character’s first appearance—to soar in value. Even more recently, since Steven Spielberg announced he’ll be producing a Blackhawk movie (Blackhawk was a 1941 WWII comic series), values of the once D-list series are skyrocketing.

Finally, once you jump into the comic book market, remember to protect your investment. Store books in a cool, dry place, such as a safe deposit box. Use professional appraisers. Consider purchasing insurance for your collection. Vintage comic books may have been originally intended for kids, but they deserve to be treated like any other tangible investment—with respect and care.

Editor’s Note: This is an update of a similar article, published in July of 2015. To view that article, click here.

View all articles by Vincent »