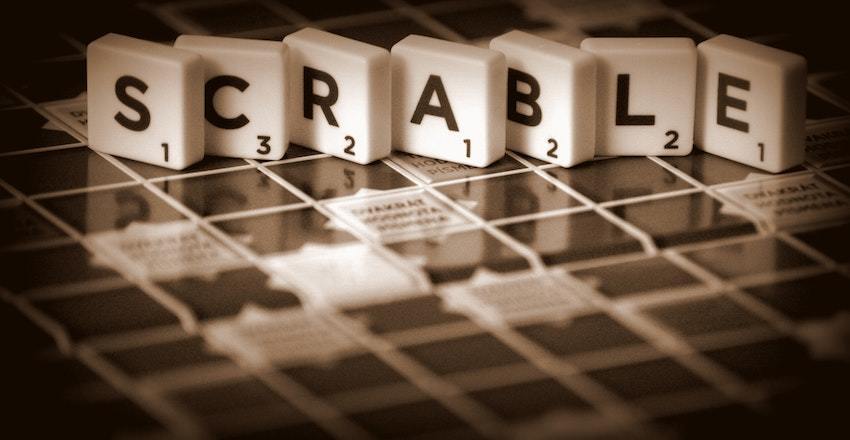 Investment abbreviations FTW. SMH at those who don’t understand what this means. BRB, let me check Google. BTW, this is how most Millennials communicate.

Then there’s ZULU, FOIA and SPAWARSYSCENCHASINST. ICYMI, these are government abbreviations. And, they’re among the more than 100,000 list of abbreviations and acronyms listed on Govlish.com.

Editor’s Note: In a first-person essay below, Robert Mander, founder of Govlish and a seasoned entrepreneur, discusses his love for anything abbreviation, and outlines how some of investment acronyms can spell out big bucks for investors:

Govlish grew out of my experience as a technical writer of government documents, which began in 2003 at the Law Library of Congress, and included assignments at more than 25 government agencies, primarily in the federal government, but also state and local jurisdictions. The government cannot be understood without a good grasp of its thousands of unique terms, so I began making lists as I encountered them, including acronyms, initialisms, codes, cryptonyms, abbreviations, aka’s, dba’s, “backronyms” and namesakes.

James Madison once said, “A popular government, without popular information, or the means of acquiring it, is but a prologue to a farce or a tragedy; or, perhaps both.” Govlish, the ultimate guide to government abbreviations, is dedicated to preventing farce and tragedy.

By 2011, I had aggregated about 1,500 investment abbreviations, all placed in the context of their sources, and my research revealed that nothing else like it existed inside or outside of government. Little did I know that that was just the tip of the iceberg. Database expert friends advised that I had something of great value, so that year, I began working on Govlish full time. Our databases now encompass more than 100,000 such terms, about 30,000 of which are federal and the remaining are state. From our databases, we can construct the most complete taxonomy of the federal government anywhere, as well as countless folxonomies (a classification from user-generated tags), among other things.We also provide pronunciations where a term is said as a word rather than its individual letters. For example, F-O-I-A, for Freedom of Information Act of 1966, pronounced as FOY-uh.

When the user searches for FOIA, our app and website will also include an MP3 audio file that sounds it out as the word, so they can actually hear it. If the technology is up to it, the user can also say it into a mic, and the FOIA entry will appear.

I discovered fairly early that I needed to tie our Govlish startup to an existing, recognized movement, and that meant reaching out to the “big data” people. Hence our “elevator speech”—Govlish is a data-driven solution to navigating our government.” Big data people are largely mathematicians and ultra-techies, and relating to them wasn’t easy for someone who flunked high school algebra.

Explaining a unique startup to equity investors is equally challenging. For example, U.S. elected officials amount to approximately 500,000. Add to that their staffs and the number doubles or triples. Most are at the local level, and our databases at this time encompasses the federal and state levels. But, when you realize that on average 40% of a state’s revenue comes from (or through) the federal government, which the state in turn funnels down, these people have a vital, ongoing stake in understanding the taxonomies and folxonomies of the federal government, which sets the standards and regulates how the funds are spent.

All of which is to say that a truly innovative, disruptive startup requires a great deal of face-to-face communication with potential equity funders. The various online services, where startups can post a pitch, are simply not up to the task. Neither are the cattle calls such as “Shark Tank,” which are far below the level of reasonable return for the effort expended.

Equity investors do not encourage un-referred invitations to meet, and getting face time is difficult and time-consuming. This being the case, it’s vital that I make two important points:

As a startup entrepreneur, my job is to build a machine. The equity partner’s job is to provide the oil and gas to make it run. The machine must break new ground and serve an as-yet unmet need. The equity investment must be sufficient to allow the machine to reach its full potential over time.

An initial investment might be small (“Lean,” for an MVP, or Minimum Value Product), but the investor must also realize that such an investment is truly “seed” money, and stopping there results in nothing more than a break-even scenario at best while minimizing losses, far short of our mutual goals. This is not a scenario that either an equity investor or a startup entrepreneur are seeking. Certainly, benchmarks can be mutually agreed to which, when met, trigger decisions to move forward, pivot as appropriate, and commit additional time, effort and funds. All of this implies an investment in time and intellectual and emotional energy as well as money—the stuff of a long-term partnership.

My business development plan did not spring fully formed out of my head. While I have been a successful entrepreneur since 1986, Govlish has potential far beyond that experience. From 2013 to earlier this year, I was a member of 1776, a renowned Washington, D.C., incubator, where I learned the ropes for how to seek equity funding. I “graduated” from 1776 when I realized that I have credible answers for every possible question an equity funder could throw at me.

Our markets are defined, quantified and qualified. We conducted needs analyses,  completed branding (Govlish is a trademarked term) and drew up our website architecture and wireframes. We have tons of proof of concept from the media and relevant users and a successful introductory splash page. Our business models include low-, medium- and high-value products to monetize the traffic drawn to our site. The next step is to go live and demonstrate traction.

Google Index tells us there are 14 million searches every month for government terms. We expect to capture the lion’s share of this traffic. Further, if we feed our 100,000 data bits (or terms, as mentioned above) into something like a Google warehouse and work-appropriate algorithms, this dwarfs that 14 million figure. Our plans for scaling our operations and content, both vertically and horizontally, present added potential.

Nineteenth century city planner Daniel Burnham said, “Make no little plans; they have no magic to stir men’s [or women’s] blood….” Big plans, on the other hand, do stir the blood, and when carefully thought out and seriously pursued, generate not only the greatest profits, but also the greatest satisfaction—and even fun—not to mention making the world a better place.

[Editor’s Note: To learn more about this and related topics, you may want to attend the following webinar: Roadmap to Selling a Business or Taking on Outside Investors. This is an updated version of an article that was published on November 5, 2015.]

Bob Mander, founder of www.Govlish.com, spent much of his career dealing with mind-bending government acronyms like OSDBU, LORACS and SME.  A technical writer of government documents for 15 years, Mander also had a ‘big idea’ about how to demystify this kind of insider jargon. Over the years, he’s assembled what he calls a resource library…