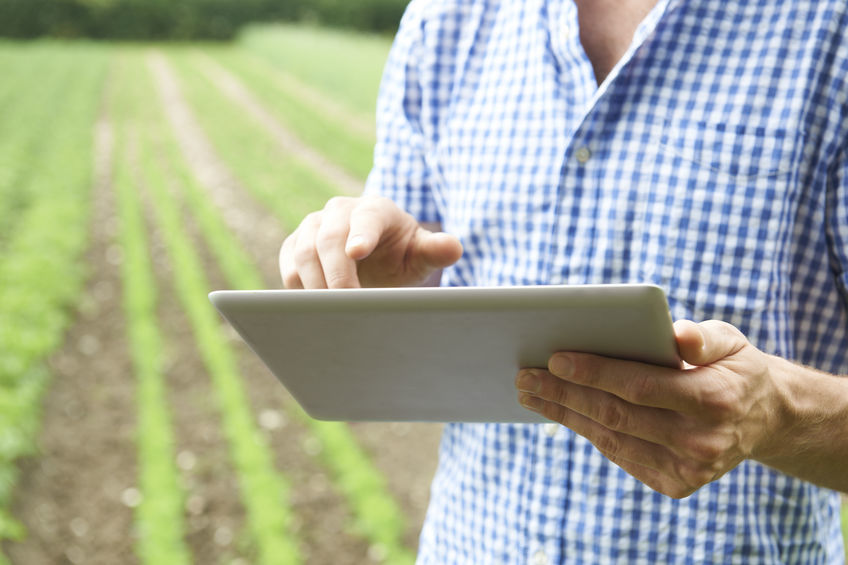 The Risk of Food Scarcity Creates a Need for Investment

Editor’s Note: This is an updated version of an article first published on April 30th, 2014.

The Growing Global Population, Water Scarcity and Biofuels Are Affecting the Agricultural Economy

As an investment sector, agriculture is still in its infancy. Even though agriculture accounts for 3.5 percent of all global economic activity, related public markets are still severely underdeveloped. Additionally, the sector has been out of favor as of late, and many investors are either ignoring or overlooking its longer-term potential.

Consider that the world is now trying to feed more people with less arable land per capita. The global population is growing by 80 million people per year, which amounts to a little less than the current population of Germany. With the average person eating almost 1 ton of food per year, the United Nations predicts global food production will need to increase by a whopping 70 percent to meet global demand by the year 2050.

Meanwhile, arable land has decreased by a third due to urbanization, water scarcity and pollution. Today, most of the arable land available for development is only marginally productive because the soil has been over farmed. Therefore, it is not nutrient-rich for sustaining plant growth. Other arable lands are too far from any sort of infrastructure and need large capital expenditure to bring them online.

[Editor’s Note: You may like our article, “Can You Get Wealthy Buying Farmland as an Investment?”]

Major innovation must dominate the agricultural sector in order to deal with this issue, and industry experts offer two solutions:

Though experts support biotechnology, we have seen global opposition to the use of genetically modified organisms (GMOs). Even places already affected by food scarcity, such as certain regions of Africa, have set strict limitations on the use of GMO food items. Despite  public outcry over the safety of GMOs, the World Health Organization has said that “individual GM foods…should be assessed on a case-by-case basis.”

Ecological and political concerns impede the most attractive sites for arable land. Oxfam, an international confederation of charitable organizations focused on the alleviation of global poverty, put forth the idea of investing in small-scale farming as one solution for bypassing the problems in acquiring large swaths of arable land.

The Brookings Institution estimates the global middle class, which reached 3.2 billion in 2016, will grow by 160 million annually for the following 5 years. Asia will be responsible for most of this growth.

As families get richer, they consume more protein-dense food. There are three main reasons why people seek animal proteins when they can afford it:

It takes a considerable more amount of grain to produce the equivalent amount of animal protein. For example, it takes about seven pounds of grain to add one pound of beef to a conventionally-raised cow.

Even diet trends in the Western world have moved toward a protein-focused diet. Paleo, Atkins and the Mediterranean Diet Are just some that have gained popularity in recent years.

Agriculture and water are inseparable. Today, 70 percent of water is used for farming. There is nothing on Earth that can replace the role it plays to human life and, for the most part, it has no efficient market pricing mechanism.

Today, water is free to most consumers. This is largely for political reasons. If we believe “free” is mispriced, and expect markets to correct that, we should expect a future chock-full of localized water scarcity issues. Let’s also not forget about the Flint, Michigan water crisis, which rendered the city’s water undrinkable for two years. The imminence of wider-scale private water markets could add to the cost of producing every commodity in the not-too-distant future.

Biofuels Add to the Problem

Ethanol accounts for 5 percent of the fuel we put into our cars and requires the U.S. to use almost 40 percent of its annual corn production. Ethanol usage prevents this same corn supply from going to humans and animals, and further drives up the price of the food staple. As interest and production of biofuels increase, demand for all grain products and feedstock commodities will also rise.

Furthermore, many countries have now passed biofuel and ethanol mandates. The push for biofuels has created more competition for arable land and water and has diverted resources away from the production of food. Growing political support for biofuels will contribute to food price inflation and food scarcity in the future.

Ethanol usage prevents this same corn supply from going to humans and animals, and further drives up the price of the food staple. Click To Tweet

Agriculture is not the most investor-friendly sector, but there are a few ways to participate. Agricultural investments generally fall into one of three categories:

Ownership, or farmland leasing, is the most basic type of exposure to the sector. The production category includes management services and investing in agricultural inputs and equipment. Post-production businesses include grain processors, marketing and retail branding.

Within those three categories, investors should look for the following:

[Editor’s Note: To learn more about investing in agriculture, listen to this Financial Poise podcast episode.]

The world is seeking to provide more resource-intensive food to more people with less water in an increasingly difficult environment. Nevertheless, this potential crisis carries with it a seed of opportunity for investors willing to fund solutions.

View all articles by Jason »

Previous Article The Worst Tolerated Behavior Defines Your Organizational Culture Next Article Banker, Broker or Sell it Yourself: Choosing the Right Method When Selling Business