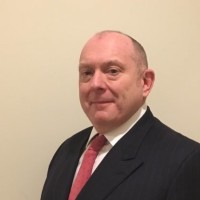 Paul Shotton is the Chairman of White Diamond Risk Advisory, a bespoke company providing advisory services to CEOs, boards, and entrepreneurs. He serves as an advisor to Adamcare, Belay Associates, Brighterwatts, Eleven Canterbury, and Piton Dynamics. Paul gained his BA, MA, and Ph.D. in physics from the University of Oxford and began his career as a physicist at the European Center for Nuclear Physics Research (CERN) in Geneva. Thereafter he transitioned to a career on Wall Street, joining Goldman Sachs as a quantitative trader in London. Subsequently, he became responsible for overseeing the trading operations of some of the world’s largest investment banks, including Barclays, JP Morgan Chase, Lehman Brothers, and UBS, working in London, New York, and Zurich. He is internationally recognized as a thought leader and has presented at academic and regulatory forums including BIS-Basel, Cambridge, ETH-Zurich, LSE, Nicosia, Yale School of Management, and the GARP, PRMIA, and RMA risk management associations.