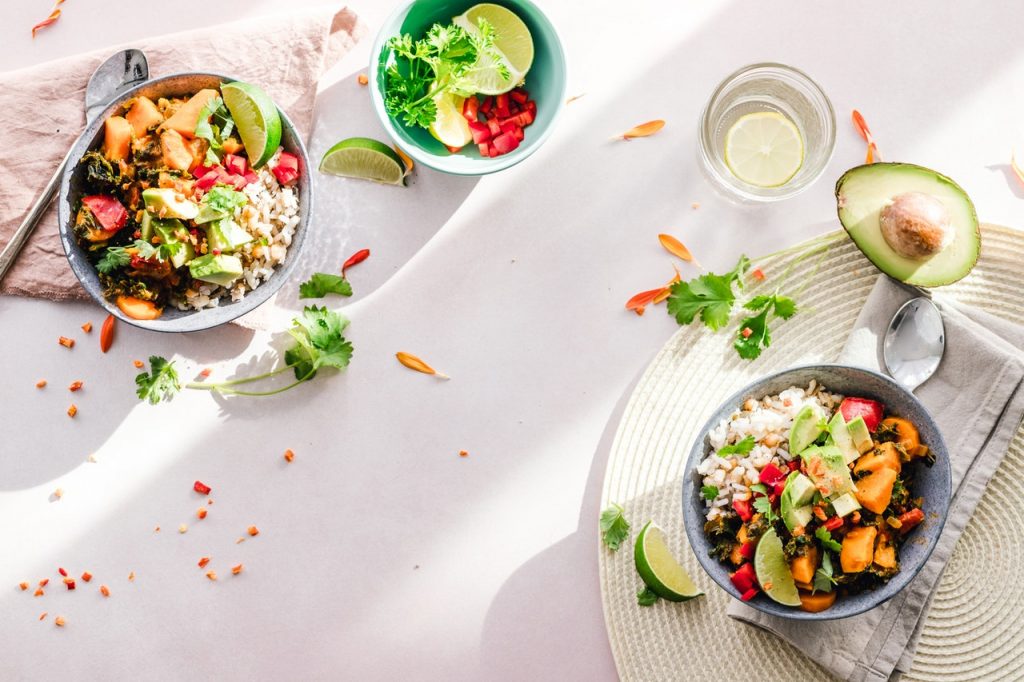 ESG Investors and the Food Revolution: Embracing a Plant-Based Diet

There is a rising interest in plant-based eating and ESG investors are coming onboard. I went vegan about 5 years ago because of my research on food, nutrition, and agriculture. Since then, I am an evangelist for a whole food, plant-based diet because it changed my life. I lost more than 25 pounds, but I never feel the  constant hunger typical of dieting. In fact, I’m not dieting. I eat when I am hungry and do not limit calories in any way. I feel great about myself. But I also feel good about reducing my carbon footprint as a vegan and an ESG (Environment, Social, and Governance) investor.

The “Food Revolution’s” most notable change is movement away from animal-based foods and companies that provide them. Increasingly, people under 40 are concerned about their health, about climate change and about environmental impacts of industrial livestock farming.

It is a sea of change with long-lasting implications for your health, your portfolio, and your planet.

The rise of the Internet and access to so much information changed everything. Once, the government or paid industry research, neither of which is a very reliable source, provided health and environmental information. Information is accessible to everyone because of the Internet. It put research in the hands of competing experts.

Over the past 12 years, new books and articles about plant-based alternative products appeared. Film makers created documentaries on the topic. Today, these resources are instantly available around the world via the Internet.

As a food and ESG investor, I keep in touch with a lot of food and agriculture media. Over the past years, no fewer than 6 new films highlighted the benefits of a plant-based diet over animal-based foods. My favorites include The Game Changers, Forks Over Knives, Eating You Alive, Vegucated, and Cowspiracy.

Using livestock as a protein source can be incredibly inefficient.

No, humans do not need meat for protein. Yes, people need protein, but plants have protein – some have a lot of protein. We don’t need meat to survive. Humans can get more than enough protein by eating a plant-based diet. The highest plant-based protein sources include beans, lentils, chickpeas, quinoa, soy (tofu), seitan (gluten), nuts, seeds, and dark leafy greens. Recently developed mycoprotein , a fungus-based protein, is used to produce meat substitutes. Those products contain 13 g of protein per ½ cup serving.

However, the average American already consumes more than double their required amount of protein, leaving the protein argument unsubstantiated.

You may protest eating more vegetables and nuts – you’d rather eat a great tasting burger. To be frank, you should think twice before you order that burger.

In 2005, a study examined the mortality rates from cancer and other chronic diseases across different regions of China. The China Study, by Dr. Colin Campbell, is based on a 20-year study conducted jointly by Cornell University and the University of Oxford.

China’s land mass is huge, and its disparate populations displays widely varied diets and eating habits.  According to the study, urban areas in the eastern half of the country ate a westernized diet including heavy consumption of animal-based foods. The more remote western half of China ate a largely plant-based diet.

The findings are shocking. The data indicates a substantial link between an animal-based diet and all non-smoking-related chronic illnesses in industrialized countries. Those include heart disease, diabetes, breast cancer, prostate cancer, and bowel cancer. Such illnesses were almost non-existent among populations that ate a strict plant-based diet.

The China Study became the basis for a best-selling book and a few of the documentaries mentioned above.

[Author’s Note: If you do not believe the study – and there’s nothing wrong with skepticism – I recommend you watch Vegucated. You’ll see what happens to three average New Yorkers after they go plant-based for 6 weeks. Their bodies transform and their vital health statistics improve dramatically. Vegucated is available on YouTube and Amazon Prime.]

Can an ESG Investor Slow the Effects of Climate Change?

If we eat fewer animal foods and shift our productive capital towards more sustainable companies, we may help slow the effects of climate change.

The actual percent of US greenhouse gases from the livestock industry is hotly debated. Between large corporate studies and lobbying on the one hand, and politically driven agencies on the other, it sometimes proves difficult to estimate the greenhouse gas emissions (GGE) of livestock. However, we can use logic to build up a percentage range that I find, frankly, scary.

In 2020, the EPA published an updated report, the Sources of Greenhouse Gas Emissions in the US.

In the report, they estimated that agriculture contributed 11% of all GGEs. Of this, livestock directly contributed more than a quarter of the total through enteric fermentation — burps and farts. Manure management accounted for 12%, making industrial livestock farming a significant contributor to agricultural GGEs.

Crop production accounts for over 50% of the agricultural contribution through fertilizer use, tillage, and irrigation. However, approximately 70% of grain produced in the United States feeds livestock, adding to agriculture’s overall contribution to GGEs.  So, conservatively, we can estimate that livestock contributes 7.3% of GGEs in the US.

However, we can’t stop there. The food and agriculture industry also uses a meaningful portion of the US transportation system, contributing 27% of GGEs. All that grain and livestock has to be processed through industry and manufacturing, contributing another bucket of US GGEs at 24%. Even without actually breaking those numbers into industries and categories, we might guess that the livestock industry contributes 12% to 15% of US GGEs.

In fact, the Food and Agriculture Organization of the United Nations (FAO) estimates livestock’s GGE contribution at 14.5%.

If each of us gave up beef and dairy products  2 or 3 days per week, we could dramatically reduce the US carbon footprint. All else being equal, that slows global warming.

That said, ESG investing is good for the climate and good for your portfolio.  Reuters reported record numbers for ESG investments in 2021, and estimates that ESG assets, currently $35 billion, are on track to reach $50 trillion by 2025.

Raising livestock is a dirty business. GGEs are not the only intense resource hits. Consider the vast amount of water used to feed and raise livestock. A 2016 U.S. Geological Survey report estimates that of 355 trillion gallons used, 2 trillion went directly to livestock, and 115 trillion to agricultural irrigation.  A portion of irrigated crops feed livestock. But it’s encouraging to note that as of 2022, agricultural water use is decreasing slightly year-by-year.

A 2004 Cornell study by David Pimental, et al estimated that livestock production in the US uses more than 66 trillion gallons of water per year, including water for feed crops. That is 203,700 gallons of water per person in the United States. Although dated, the study provides a valuable perspective of how much water goes into industrial livestock farming.

Let’s talk manure. Based on headcount data from the USDA, the EPA estimates that livestock manure creates 6.1 billion kilos of nitrogen and 1.8 billion kilos of phosphorus per year. Livestock manure disposal is regulated by the EPA, but still, a portion of that manure leaches into our water systems through surface runoff and infiltration.

Relax! You Don’t Have to Go Vegan to Create Positive Change

Back in the 1990s, I invested in and helped grow Boca Burger before Kraft Foods acquired it. As a vegetarian at that time, I can tell you it was pretty hard to eat meat-free. Today, it is much easier. We have so many great prepared food options available, from Amy’s Kitchen to Beyond Meat. Then there’s Cool Beans, Ripple, Gardein, Daiya, Lightlife, Sweet Earth Foods, and a slew of others.

A growing abundance of restaurant chains cater to vegetarians and vegans. Think Native Foods Café, Veggie Grill, PlantPower, and Beatnic. Restaurant chains, including Pret-A-Manger and Chipotle, are amping up their plant-based selections,. There are many apps that help find restaurants with good vegan and vegetarian options anywhere in the world.

Remember, you do not have to go 100% plant-based to make a big difference for your health and in the environment. Many people are embracing a flexitarian lifestyle – eliminating some animal-based products, but not all. You can choose ESG investing in sustainable companies that promote healthier foods and healthier food processing.

Start easy, by going meatless or vegan one day a week — maybe try “meatless Monday.” Some folks refrain from eating meat before 5 p.m. Still others remove meat and/or dairy from their meals 2 or 3 days a week. It is really about finding what works for you. In this way, you make a positive change for yourself and for our planet’s future.

And, as an ESG investor, I believe that socially responsible investing is here to stay and will grow sustainably for years to come.

This is an updated version of an article originally published on March 2, 2017, and previously updated on February 11, 2020. It was recently edited by Courtney Smith]