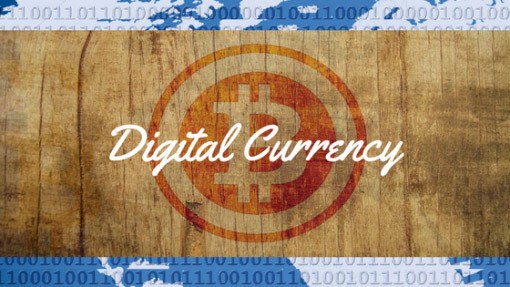 Digital Currency in Your Portfolio

Euphoria is defined as feeling of happiness, confidence or well-being, sometimes exaggerated in pathological states such as mania.

Behavioral finance studies suggest that the point of maximum risk is often the moment when market euphoria hits its high. The point representing the most opportunity occurs when the market is despondent.

Since the last financial crisis, few topics elicited euphoria as much as cryptocurrencies. Stories of massive increases in the value of Bitcoin — and those who used Bitcoin to build fantastical wealth — only support the hysteria.

It’s impossible to get a completely accurate reading of the combined emotional temperament of “the market.” That said, investors can benefit from contextualizing the role that digital currencies can play in their financial plan.

Is Digital Currency an Investment Asset?

Some may recall a period in the 1990s when everyone mutually agreed that Beanie Babies™ were extremely valuable — up until the end of the decade. When the Tech Bubble burst, the value of the plush toys followed.

Nobody should think of the blockchain like Beanie Babies™. Blockchain technology possesses real value as a system of account (and digital currency certainly has the potential to endure a recession); nevertheless, it is wise to remember that currency itself is simply a medium of exchange.

What’s important to those holding digital currency is that everyone continues to agree upon its value — that they can ultimately exchange that currency for something tangible like food, property or an education for their children.

[Editor's Note: You may also like, "Investing in Cryptocurrency with Bitcoin: Fad, Fraud or Fortune-Maker?"]

Investing, on the other hand, hinges on the general principle of foregoing consumption today in exchange for additional consumption in the future. Your portfolio, like the economy, grows through delayed gratification. Doing so provides capital to parties who stay motivated to earn a profit or to repay their obligations.

When thought of this way, currency investments seems to be a bit of an oxymoron.

Investing requires currency, so swapping one currency for another is not investing as much as it is arbitrage.

Yes, the exchange rate for the currency may improve, but holding it doesn’t produce cash flow based on a profit motive. So, the holder must maintain an extremely flexible time horizon and an elastic demand for the funds.

You might be saying “How can currencies not be an investment when I just read about the trader that made a killing on Bitcoin?”

While that may be true, currency trading is a zero-sum game — for one person to win, someone else must lose.

Perhaps the best thing to do when considering buying digital currency is to remember that a real person sits on the other side of the table to sell it to you.

This is where overconfidence bias can creep in. We (humans) think we’re smarter than our neighbors; that we’re better drivers on the road; and that somehow the odds improve if we personally choose our lottery ticket numbers — rather than a random automated selection.

Investors would be well-served to remember this bias. They should know, and not just feel, that they actually do know more than their peers. Most people, even traders, fail to engage in such internal reflection.

So, the best way to outsmart your peers is to realize you're not inherently smarter. Funny how that works, isn't it?

Currency Is About Purchasing Power

Some of the best wealth-building opportunities arise during recessions. Those who maintain purchasing power can stomach a buy order in the middle of the storm. In short, you need risk tolerance and capital to build wealth during turbulence.

Modern money only carries value as a mutually agreed upon (and, the case of fiat currency, legally monopolized) medium of exchange. If market participants don't maintain this consensus about its value, it becomes worthless.

Blockchain — the technological foundation of cryptocurrencies — is a little different. As a decentralized ledger of accounts, it has functional merit. As a basis for preserving purchasing power, though, it’s relatively untested.

Comparatively, the U.S. dollar carries the backing of the taxing authority of the U.S. government. Though inflation ate away a great deal of the dollar’s purchasing power over the past 100 years, it still survived many turbulent episodes.

The future may hold different outcomes — but betting against history requires a whole new set of assumptions.

How to Move Forward

A disciplined, long-term investing approach worked for the generations before us. There’s no reason to believe that won’t be the case in the future.

That doesn’t mean investors should never swing for the fences. Just try to do so with a small, measured part of your portfolio. When it comes to crafting a strategy to secure a strong financial future, you want to be a patient investor — not a gambler hinging on lofty speculation.

Bitcoin and other digital currencies can certainly go up or down or sideways. The greater amount of speculation, the more this component should be heavily scrutinized — as part of a disciplined approach.

Euphoria is defined as feeling of happiness, confidence or well-being, sometimes exaggerated in pathological states such as mania.Behavioral finance studies suggest that the point of maximum risk is often the moment when market euphoria hits its high. The point representing the most opportunity occurs when the market is despondent.Since the last financial crisis, few topics elicited…