Column Takes Aim at the Topic of Fraud 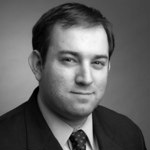 Hello, my name is Adam Hirsch. Welcome to “(Alleged) Frauds, Fakes and Ponzis,” a column dedicated to exploring, explaining and occasionally making light of the world of business fraud.

“Business fraud,” conjures up iconic names and images: Bernie Madoff, the boiler room, Enron. Business fraud schemes are supposed to be obvious: the villains all twirl their mustaches, and the victims are all widows and orphans. From a prosecutor’s perspective, proving that a Bernie Madoff committed fraud is not the hard part.  The heavy lifting comes in finding others who might have been complicit or who could be held liable, and in tracking down assets so that the victims might be made at least partially whole. In this telling, fraud is something that bad people do, and good people try to fix.

In a different telling, crying fraud is the last gasp of the failed businessperson. Unhappy with how the merger turned out? I was defrauded! Missed something in due diligence? It must be fraud! From this perspective, fraud isn’t something that happens; it’s something that can only be alleged. Every statement uttered by anyone, ever, is a forward-looking opinion that is puffery and therefore is not actionable. You relied on the pictures of puppies and rainbows in our prospectus? You thought the 22-year old slacker on the other end of the 1-800 phone number was your fiduciary? Well, silly you.  Here’s a motion to dismiss.

This column is dedicated to the proposition that most of the time, there’s not a cartoon villain or a pre-determined outcome. By way of example, consider the multiple fraud schemes that have ensnared — you guessed it — lawyers. In one scheme, the fraudster set up a fictitious Danish company and sent an official-looking email to a law firm, ostensibly to obtain legal assistance in asserting a lien against someone who owed the (fake) company money. The law firm responded in good faith, and negotiated terms of the engagement, including a $20,000 retainer. Another (or perhaps the same) fraudster then emailed the law firm, saying that the debtor had agreed to settle with the company. The fraudsters then sent a check for nearly half a million dollars to the law firm, which deposited it.  The firm kept its $20,000 retainer, and wired over $470,000 to the fake company. By the time the fraudsters’ check failed to clear, it was too late.

Or consider the North Carolina firm that received an email that purported to be from an industry group regarding a supposed failed bank transaction. Someone at the law firm clicked on a link in the email, which allowed hackers to track the user’s keystrokes and obtain sensitive passwords. The passwords were then used to move $336,600 out of the law firm’s accounts and into Russia. The law firm’s bank later sued the law firm for the loss.

There is no Bernie Madoff pulling the strings on these frauds, nor is there a room of twentysomethings in expensive suits being barked at by Ben Affleck (probably). Lawyers and law firms are not, as a rule, naïve.  Someone lied, a victim was deceived by the lie, and the victim lost money as a result.  The victims’ sophistication did not save them, and the perpetrators did not need an intricate 12-part plan to make off with hundreds of thousands of dollars.

Fraud happens. Even to lawyers and sophisticated businesspeople.  Most people tend to want to trust each other, and others will use deception to try to take advantage. Every so often a Bernie Madoff will leave no doubt as to the extent of the deception, and every so often a jilted businessperson will cry fraud rather than own up to his or her mistakes. This column will live in the space between these examples. We will talk about how frauds work, how they are uncovered, and how lawyers representing both plaintiffs and defendants in fraud litigation do their jobs. It is my hope that this column will create a community of readers who will comment, criticize, and share their own experiences.