All Articles by David M. Freedman 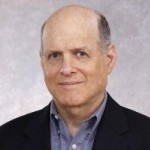 David M. Freedman has worked as a financial and legal journalist since 1978. He has served on the editorial staffs of business, trade and professional journals, most recently as senior editor of The Value Examiner (National Association of Certified Valuators and Analysts). He is coauthor of Equity Crowdfunding for Investors, published in June 2015 by John Wiley & Sons. Freedman has served as moderator and panelist for several Financial Poise webinars on crowdfunding, angel investing and the JOBS Act of 2012. In addition to finance and law, Dave has written extensively about real estate, economics, social media, natural resources and woodworking. He lives in the Chicago area, and is a member of the Alliance for the Great Lakes.

Equity Crowdfunding Performance Review: Billions for Startups, But What about Returns for Investors?

There is no lack of statistics about how much capital has been raised, and how those dollar amounts have increased year over year, in the new asset class called securities crowdfunding. The statistics about investor returns have been much less forthcoming, partly because securities crowdfunding is only a few years old, but also because investor returns are not as “transparent” as offerings and sales on funding platforms. Read More

U.S. farm real estate retained its value over the decade 2000 to 2010, despite the housing market’s tumble [see charts below]. In fact, the average value of land and buildings on farms has steadily increased since the late 1980s, with the sole exception of 2009. Read More
« Previous 1 2 3