A Few Minutes With … Bruce Walker 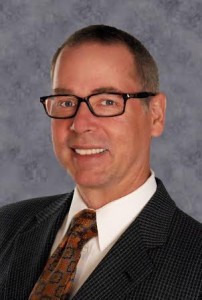 Bruce Walker joined Stack’s Bowers Galleries, a firm engaged in the sale and auction of rare coins and currency, in early 2015 as a World Numismatist and Cataloger. He has collected world gold coins by Friedberg catalog number since his mid-20s.  After purchasing a used copy of the Standard Catalog of World Coins, his numismatic interests blossomed.  He spent a number of years pursuing numismatics as an avocation while employed in the information technology field.   At first buying and selling on eBay, his involvement with fellow hobbyists led him to become an officer of the Johnson County Numismatic Society (Kansas) before joining a local numismatic auction house to assist with the liquidation of the Dr. Richard D. Bode estate in 2013.  As his passion and expertise with coins grew, Walker made the decision to leave a job at IBM after 25 years to pursue his dream job working with rare coins on a daily basis?.  A frequent contributor within the numismatic press, with nearly a dozen published Op-Ed pieces in Numismatic News, Walker continues to pursue numismatics both as a hobbyist as well as a professional.

Bruce, tell us a little about Stack’s Bowers Galleries.

Topping off our amazing numismatic history is our world record for the highest price ever realized at auction for a rare coin, the 1794 Flowing Hair Silver Dollar graded Specimen-66 (PCGS) that realized over $10 million, as part of our sale of the famed Cardinal Collection. Our company is headquartered in Santa Ana, California, with offices in New York, Wolfeboro (NH), Hong Kong, and Paris.  We are also the Official Auctioneer for several important numismatic conventions, including American Numismatic Association events, the New York International Numismatic Convention, the Whitman Coin & Collectibles Spring, Summer and Winter Expos, and our own new Hong Kong Coin Show established after sales in Southeast Asia reached nearly $100 million in less than six years.

How did Stack’s Bowers Galleries come into existence?

The owners of the business were all leading auctioneers, well-established dealers, researchers and writers in the field of numismatics prior to combining their talents to form the company as it now exists.  The synergy gained from their mutual association, and the economies of scale realized by the firm’s substantial presence in the market place, have enabled the firm to compete successfully in a highly competitive environment.  The leadership of the company all share a common element in their life-long fascination with numismatics, while at the same time bringing distinct talents and strengths of their own that allows each to excel within their own expertise.  While each of the owners has demonstrated competence in all aspects of the business, operating as a single unit has enabled the company to benefit from their specialized strengths, including marketing, research, writing and finance. The end result has been the ability to attract the most sophisticated clientele, in the form of both collectors and consignors, and the ability to produce record breaking prices for the material the firm has handled.

What is your role within Stack’s Bowers Galleries?

My primary responsibilities include the attribution, description and cataloging of rare world coins, and of establishing estimates on the valuation of coins headed to auction.  Additionally, I am tasked with producing copy for various announcements used in promotional material as well as our online blog.  Concurrent to these responsibilities, I also attend national and regional shows as a Stack’s Bowers consignment director, acting as both an ambassador to the hobby community, as well as a liaison to other professionals in the field, with the goal of generating consignments to the business for future auctions.

What message do you most want to convey in our soon-to-be-released podcast?

Working alongside other numismatists, one of the by-products of my deep immersion in the hobby, or if you will — industry, has been a keen awareness of the attributes most successful collectors share.  Success can be defined in a number of different ways within the hobby, and while the potential for return on investment plays an important part, other major factors play an equally large roll in defining success as a collector.  It is my hope that the discussion will prove both engaging and entertaining as I provide a glimpse of what coin collecting at the highest levels involves.   In particular, we will be discussing the types of collecting behavior, which have proven to be most successful, and what types of activity or business relationships to avoid in what remains a highly unregulated business environment.