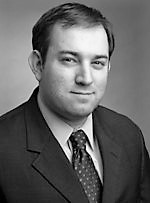 Hirsch represents a wide variety of clients, ranging from individuals to small business owners to large corporations.  He has a particular focus on business and investment disputes, in particular claims brought by investors relating to unregulated securities, limited partnerships, and private equity investments.

Soon, Hirsch will share his thoughts on current events and legal issues in the world of commercial fraud in a new column called “(Alleged) Frauds, Fakes and Ponzis.”

In this interview, Hirsch discusses his background, and why commercial fraud is a subject not easily generalized.

How did you first become interested in commercial fraud as an area of practice?

I started out as a general commercial litigator at Jenner & Block, and was staffed on a variety of cases, including several that included fraud claims or had fraud-related components. I found myself drawn to these cases because their stories were more interesting. There was always more narrative depth than appeared at first glance, there were interpersonal emotions at play, and I liked the idea of having to prove (or disprove) what people knew or didn’t know, or what they intended or didn’t intend.

Litigating knowledge and intent is very nuts-and-bolts, particularly on the plaintiffs’ side. As a plaintiff in a fraud case, you have to get into the weeds and use individual emails, texts and documents to build your case brick-by-brick. You also, however, get the chance to ponder some really deep philosophical questions such as “What is the nature of knowledge?” “How do people know what they know?” and “What does it mean to intend to do something?” Even as you’re poring over thousands of emails, you get to think deeply about human nature and about how the world works. It’s a nice combination of having to be detail-oriented and getting to think abstractly.

Tell us more about where you’re from.

I grew up in New Orleans, which I think means that I look for story, narrative and characters in just about everything. There’s a classic New Orleans story, possibly apocryphal, that begins with some out-of-towners walking down Bourbon Street in the French Quarter. They are approached by a couple of local kids, and one of the locals says, “I bet you five dollars I can tell you where you got your shoes.” The tourists, of course, say, “You’re on.” The local kid replies, “On your feet.” The tourist then has no choice but to pay up. My father, having seen a version of this exchange play out more than once, re-told this anecdote to me often as an example of the difference between street smarts and book smarts. It doesn’t matter how many degrees the tourist has or what he does for a living, he’s still losing his five dollars. The local kid has the advantage. Looking back on this story now, I like how it makes you think about things like information asymmetries, home-field advantages, the nature of agreement, and the ways that smart people can use and abuse language to their own ends. All of these things come into play when you’re investigating or litigating fraud.

What are some of the trends that you are going to explore in your column?

There are a lot of smart lawyers writing a lot of smart things about business litigation and torts. (Alleged) Frauds, Fakes and Ponzis is not going focus on the substantive law, i.e. the latest 10b-5 appellate decision, because there are lots of other places doing that analysis and doing it well. Rather, the column is going to look at the sociology and culture of fraud litigation. Who’s getting defrauded? Who’s doing the fooling? What’s the scheme du jour? Why are certain fraud claims not litigated? My first column looks at some of the hardened, pre-conceived notions that can exist in both the plaintiff and defense bars when it comes to fraud, and then discusses how even sophisticated, calculating lawyers can be the victims of fraud. Going forward, I plan to occasionally examine high-profile pending litigation (the suit against Trump University is probably too juicy for me to pass up) as well as topics such as litigation financing and drafting a fraud complaint.

What do you hope to get out of your column?

Too often, lawyering is a solitary affair. We lock ourselves up in our offices, we write, we file, and we wait. When a case is in discovery, we are treated to a revolving door of conference rooms, small talk, and bad wifi connections. I hope to use the column to build a community of people — lawyers and nonlawyers — who are interested in discussing law and business in an intellectually stimulating but informal way, and in a forum that doesn’t have anyone asking if they’re getting CLE credit for this. I can’t wait to get started.